They only reappear by extending Rhythmbox horizontally beyond workspaces or, trivially, disabling Context Pane.

When system language is set to English windows behave as normal.

However, Spanish and French translations also display the weird behavior, so an educated guess would point to a bug in Language support for Rhythmbox non specific to language packages.

Screen snapshots attached, comparing English and Catalan versions. Only change made between snapshots was Language support and re-login. 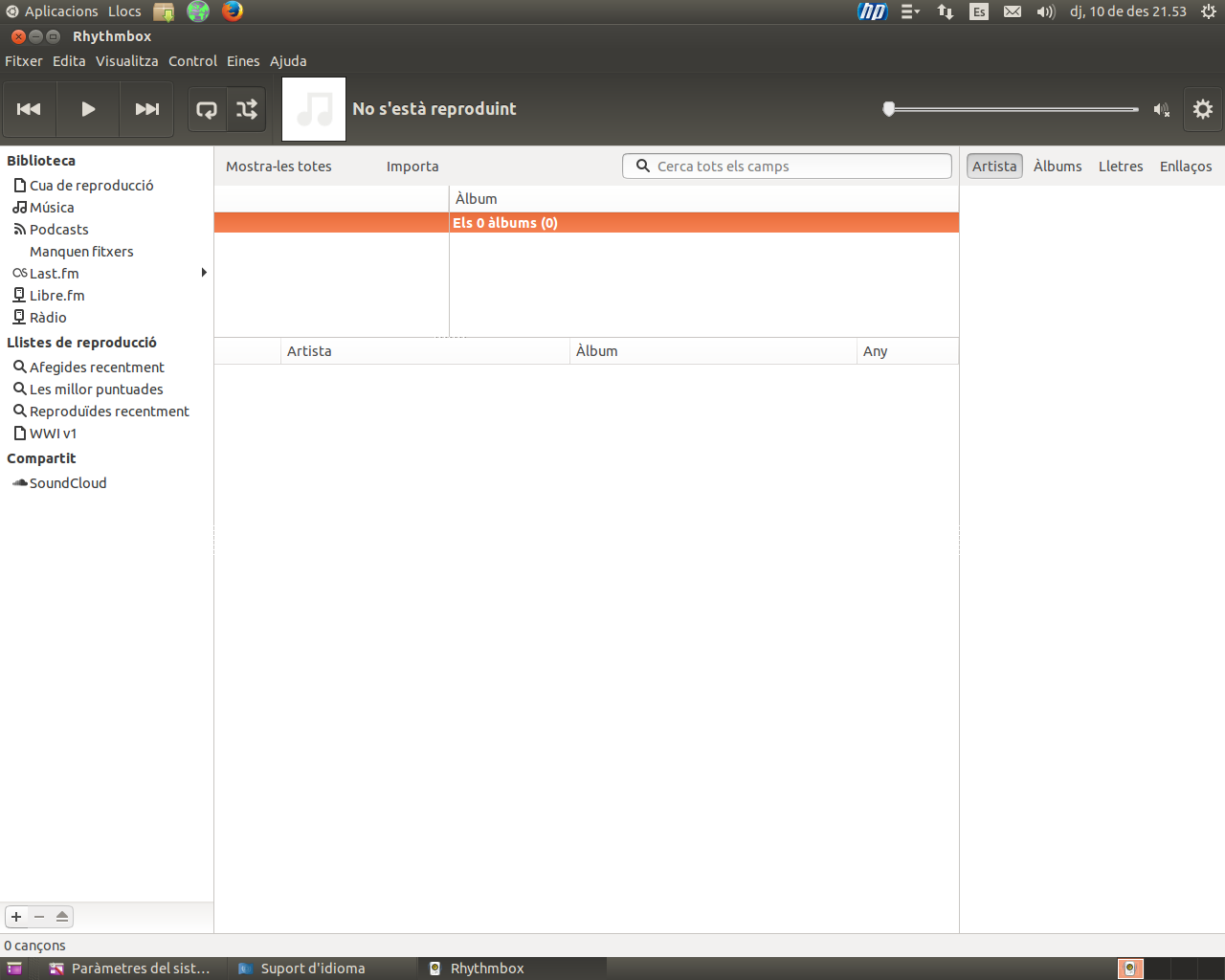