Certain regions in the sample are rendered completely or partially with replacement glyphs:

As an example, here's a section rendered with Consolas font: 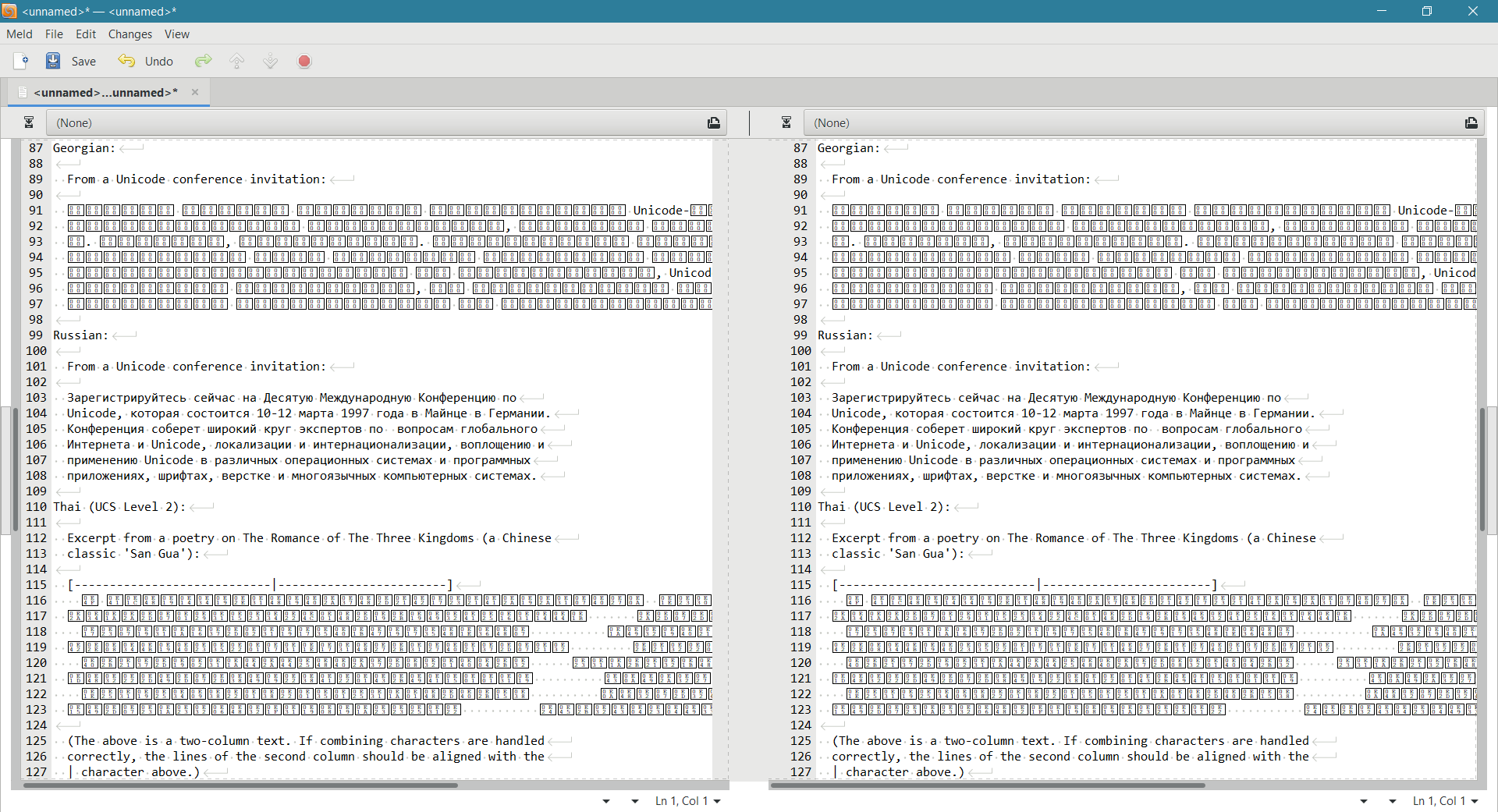 Meld renders the characters that are missing from the configured font by using a fallback behavior that replaces the missing characters from another font. This is the behavior of most native Windows applications.

As an example, here's a section in SciTE rendered with the Consolas font: 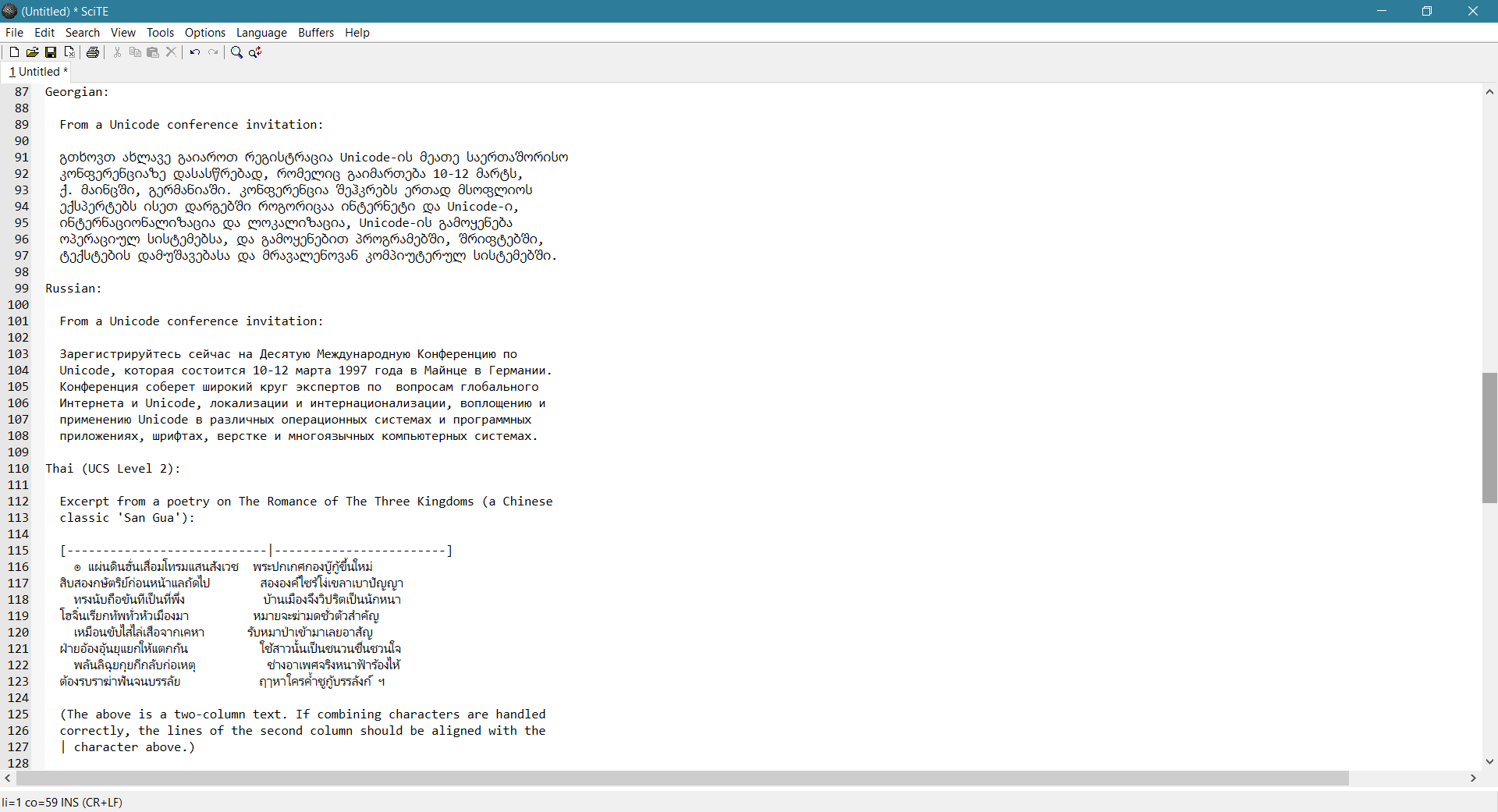 This appears to be an upstream issue as I am able to reproduce it in the Python console of GIMP. However I'm not familiar with Python application development so I don't know if this is an issue in Python, GTK or other 3rd party library.

As an example, here's a section in the Python console of GIMP rendered with the system default monospace font: 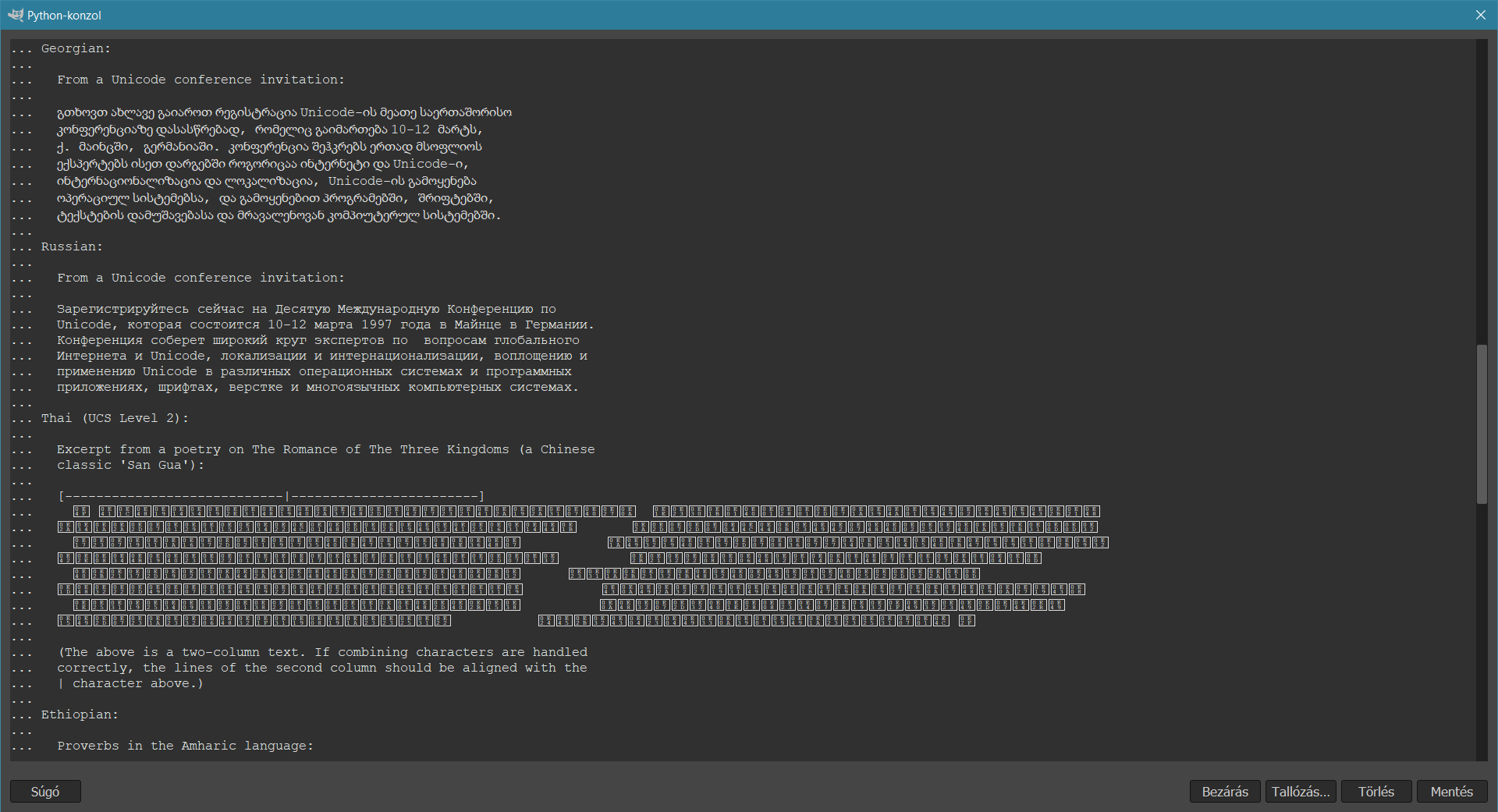