This is related to bug 650431, which is an example of this bug, but 650431 has a straightforward workaround (i.e. ignoring also whitespace, as described there), which does not exist for this more general case

Difference in line 2 should show only one of the "blah", since "ignoreme" should be ignored. However, that pattern is not ignored.

I understand the (software engineering) reasons why it isn't, and I also assume that in general it's not a big deal for users.

However, in same cases (e.g. when the pattern is complex and there are several matches per line).

I would be eager to completely rewrite the single-line-diff, taking into account filters, but would the patch be accepted? 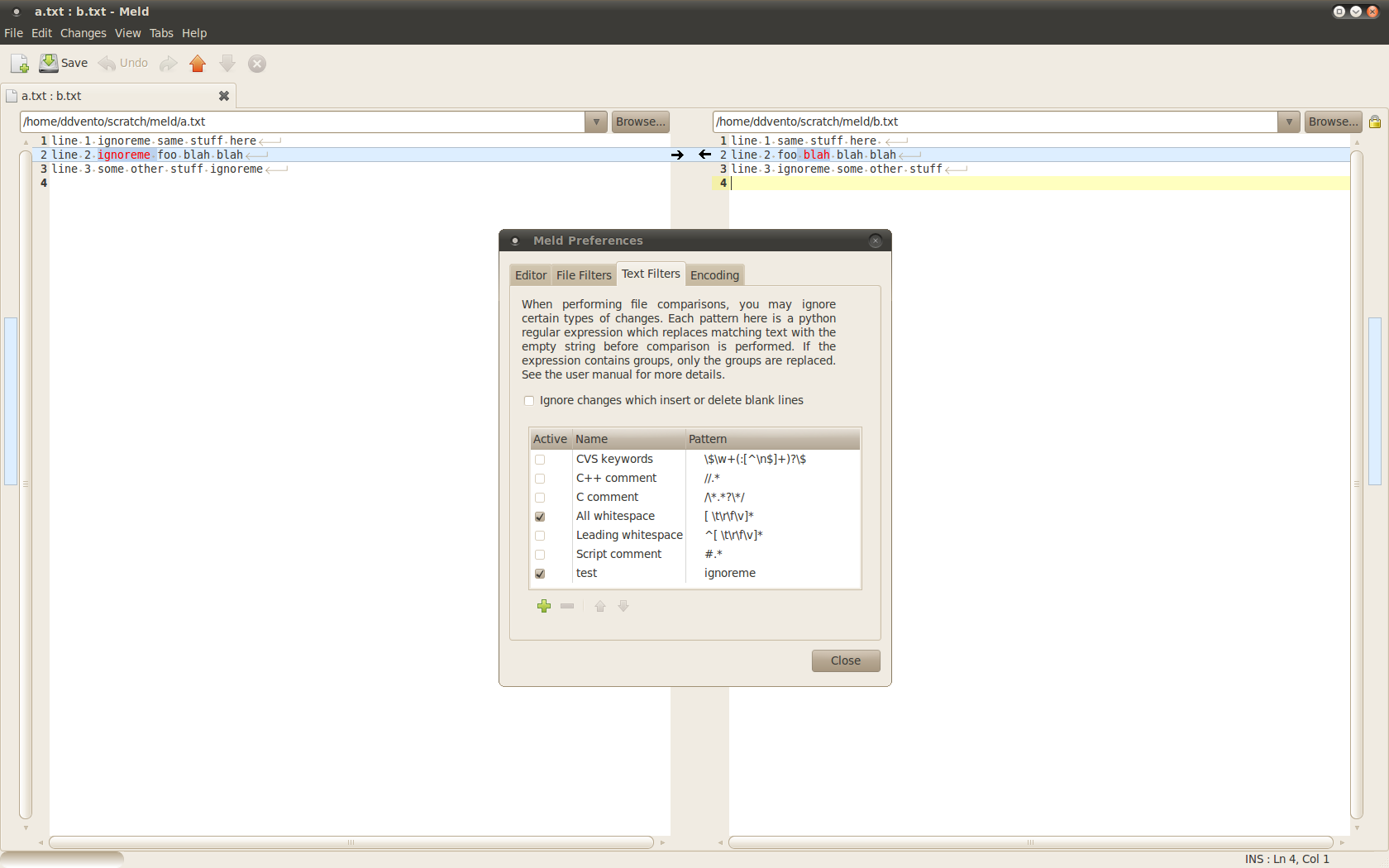