To my (admittedly untrained) eye the new button design just doesn't look good in header bars, especially in the light theme. I have two concerns about them: the contrast b/t the button and headerbar background, and the contrast b/t the headerbar and the rest of the content. Of course, everything I'm saying here is just my opinion. However, I'm hoping the buttons get changed in some way. As a distro dev, Adwaita looking good means that my distro looks good (you the designers and GTK app devs have made it clear that distros should ship stock Adwaita) 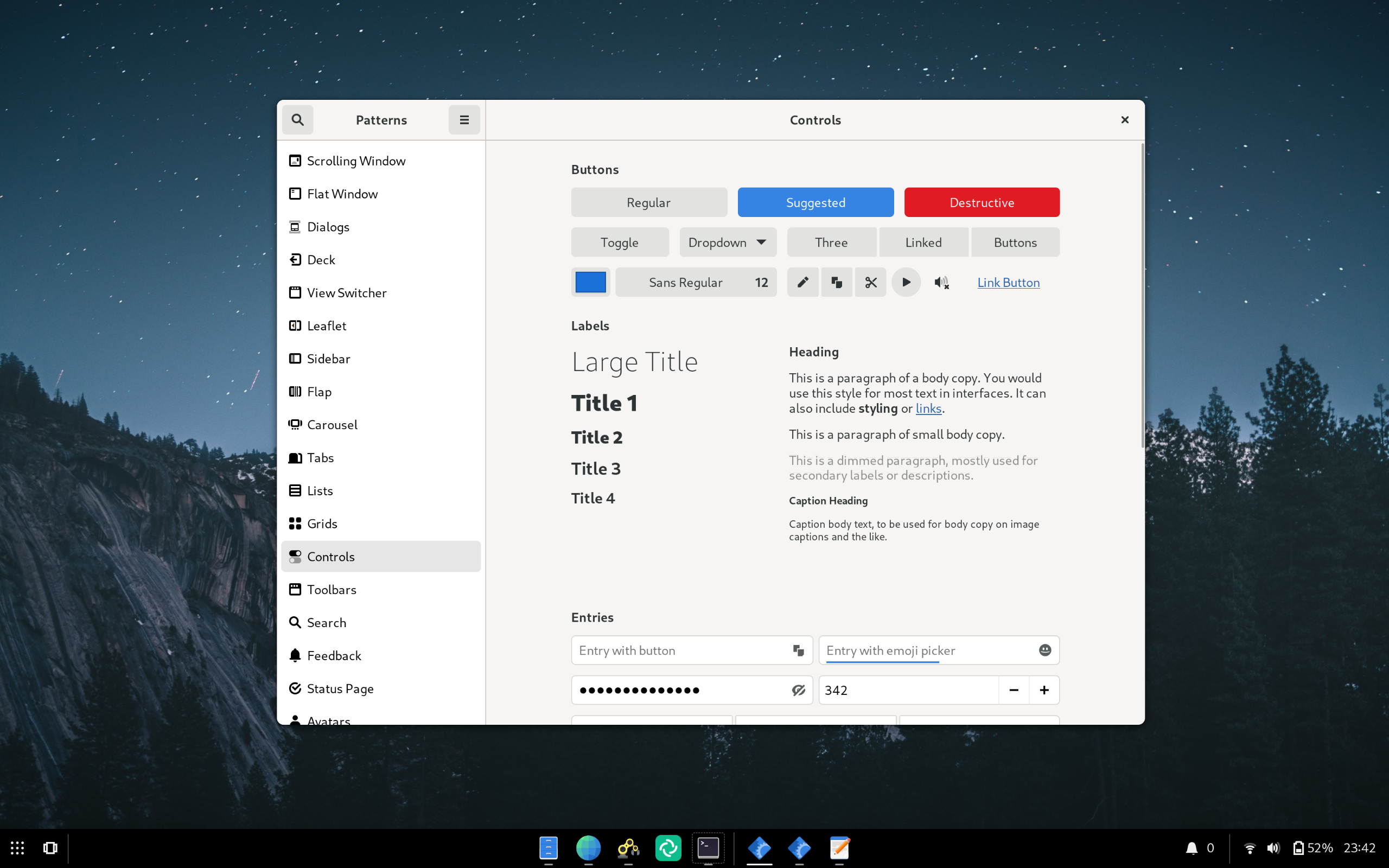 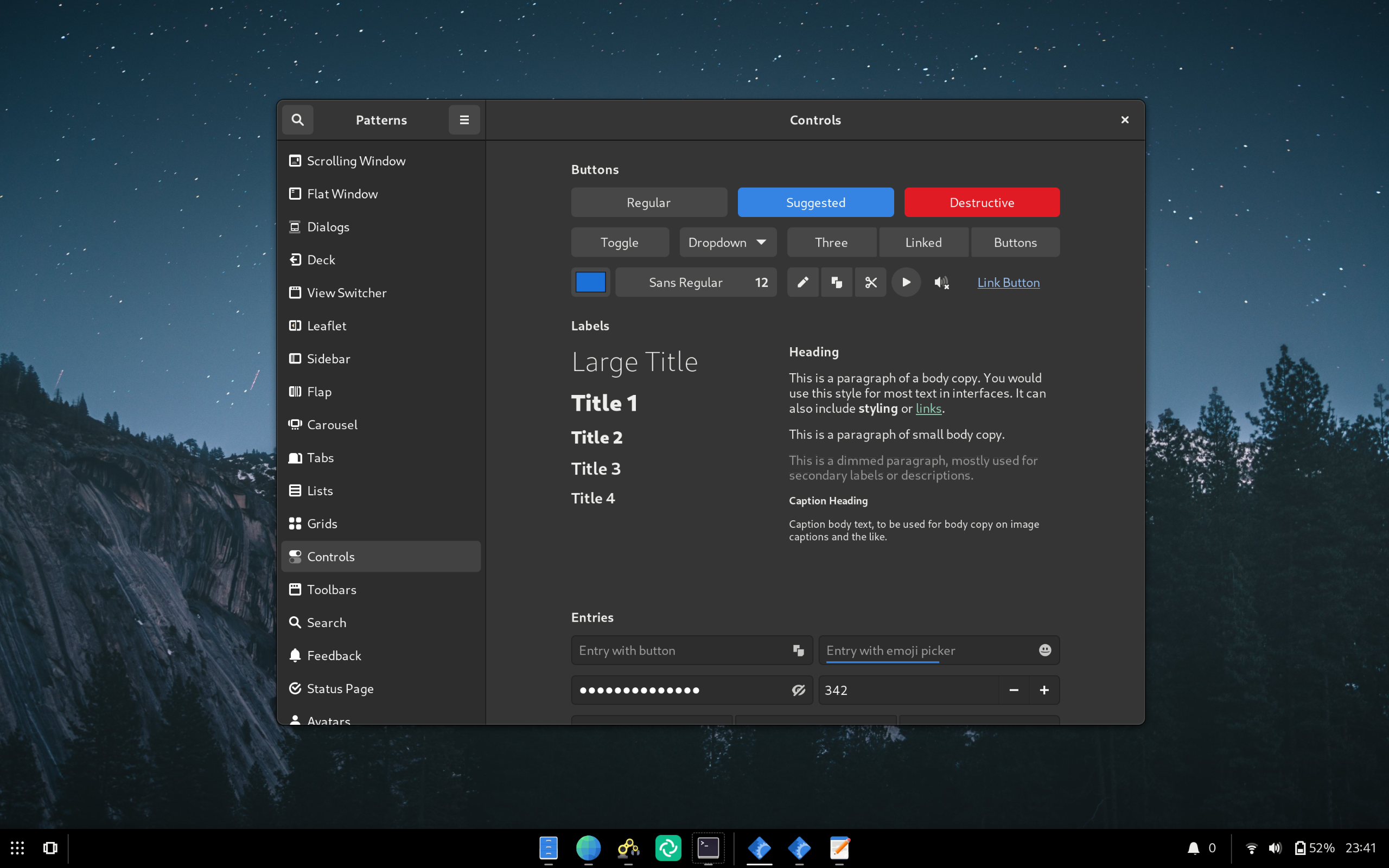 Here's what I meant by contrast b/t the headerbar and the rest of the content. The headerbar's color is in somewhat of a "gray area" between being different enough and being the same color. It's not a huge deal, but it is noticible. Maybe the headerbar could blend in with the sidebar, like this? This is mostly a concern w/ the dark theme (where the header bar actually ends up being lighter than the content next to it), though overall it's not a huge deal visually. Plus, these tweaks only apply to apps with sidebars 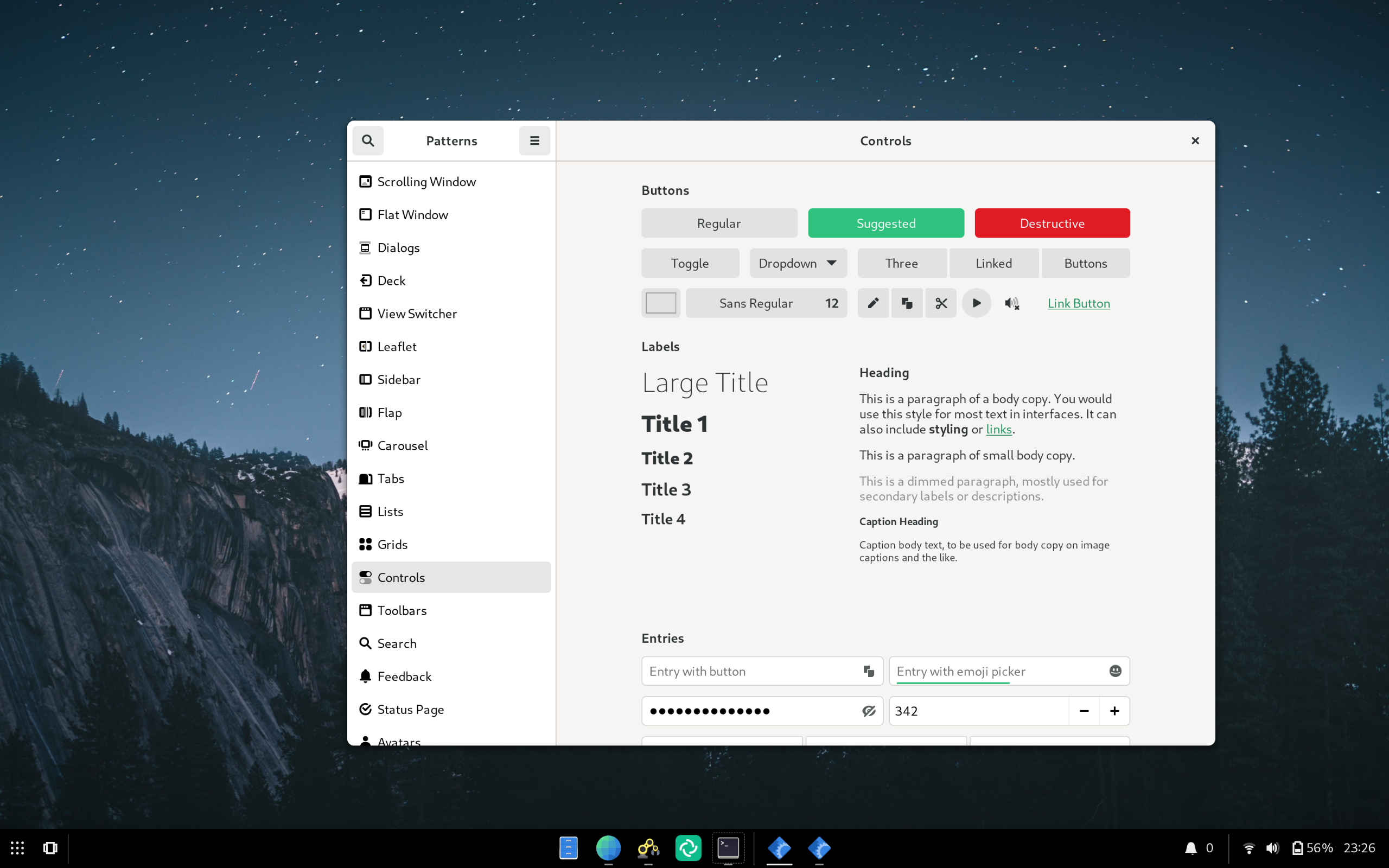 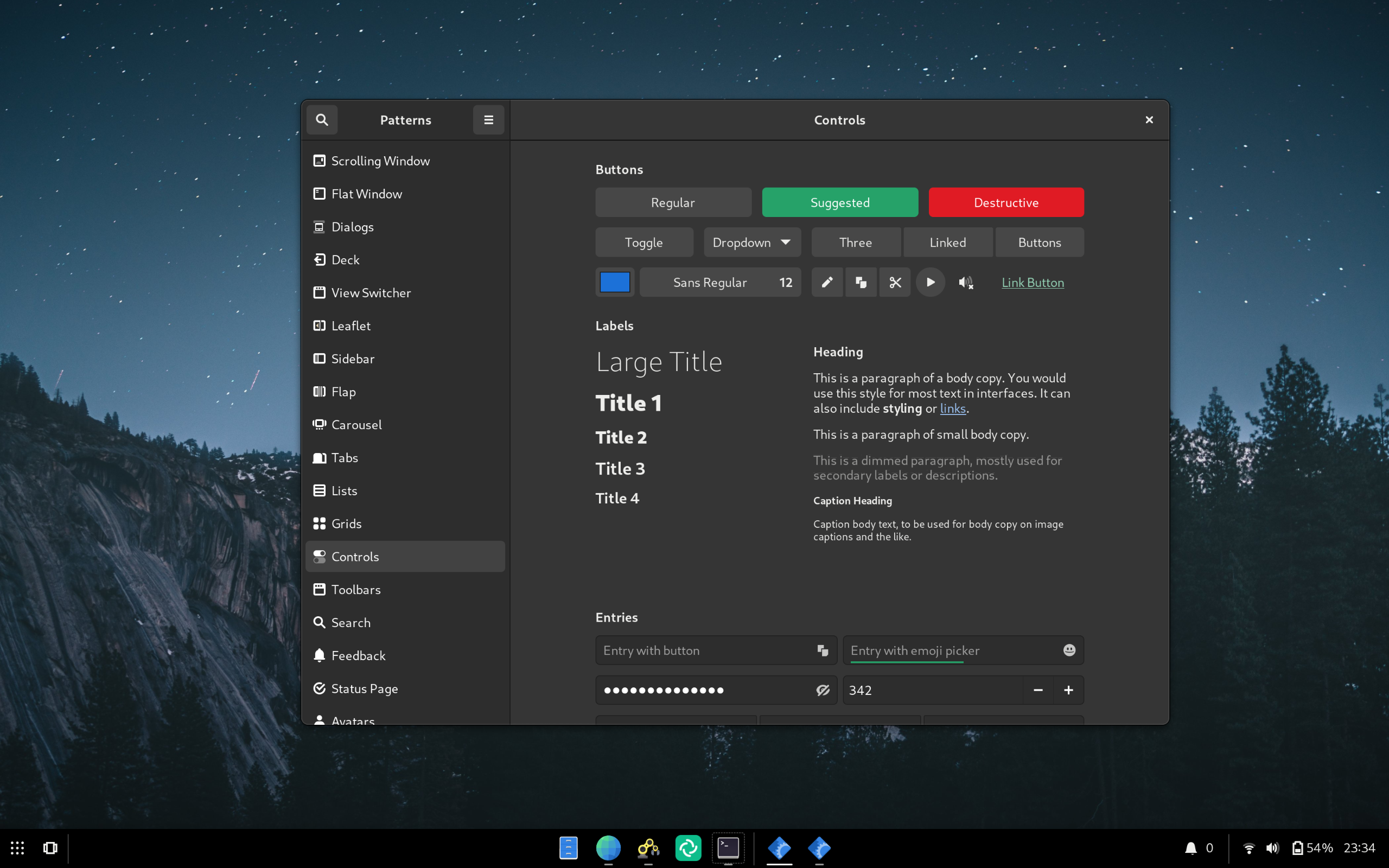 My main concern is the contrast between the button and the headerbar in the light theme. In the dark theme, it looks okay. But in the light, the buttons look faint and somehow unimportant. Again it's this gray area between being the same color and being different enough. I tried experimenting with making the buttons darker, and while it does look slightly better it still doesn't feel right. Why not keep the old design where the buttons were lighter than the headerbar? This is how the dark theme currently is and it looks great. Here's my mockup with some simple CSS tweaking in the inspector to show what this would look like with all the other button changes. I think it still looks consistent. I prefer these to the background-only tweaks 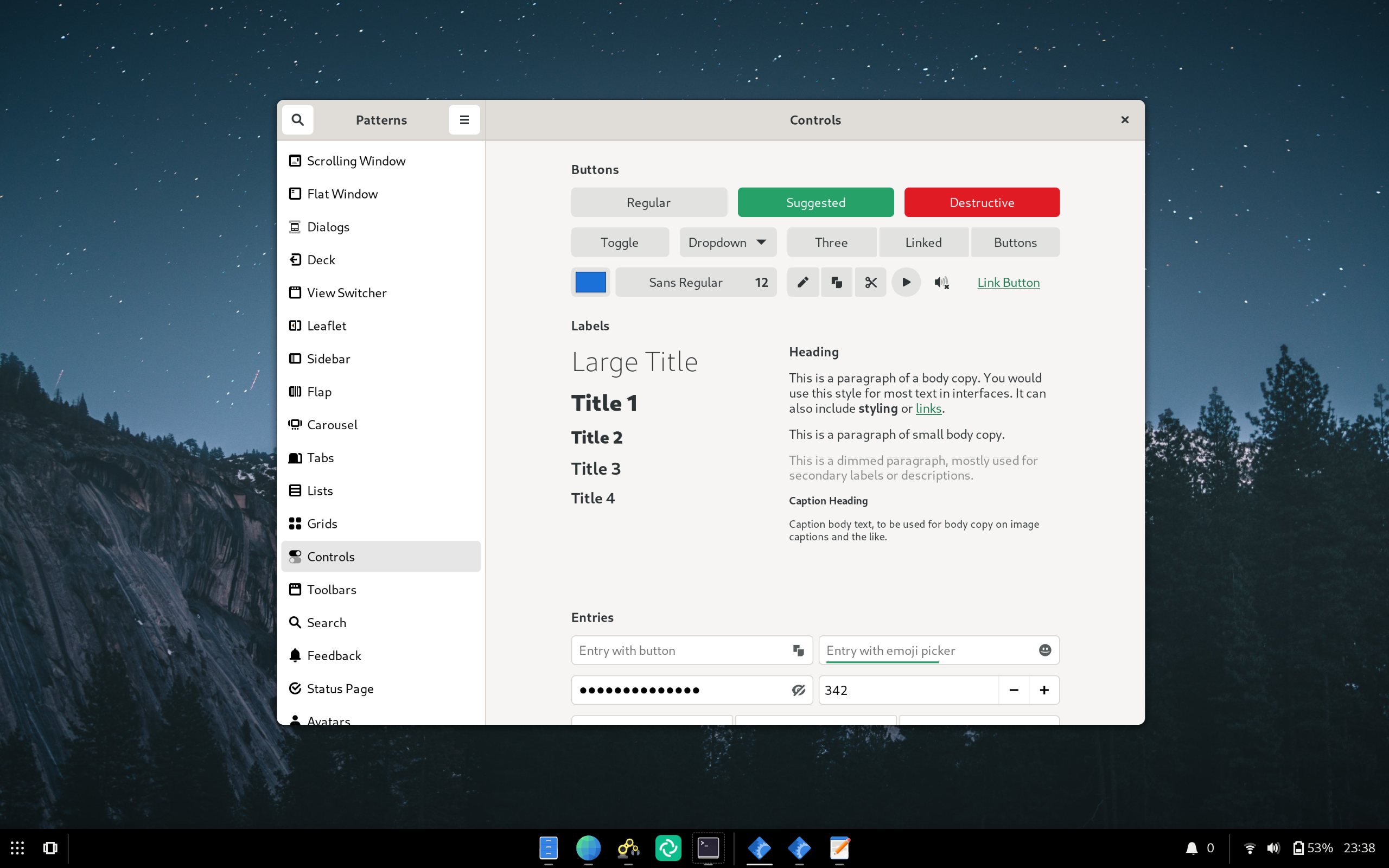 Here's the same tweak in the dark theme, which much less impact but still an improvement: 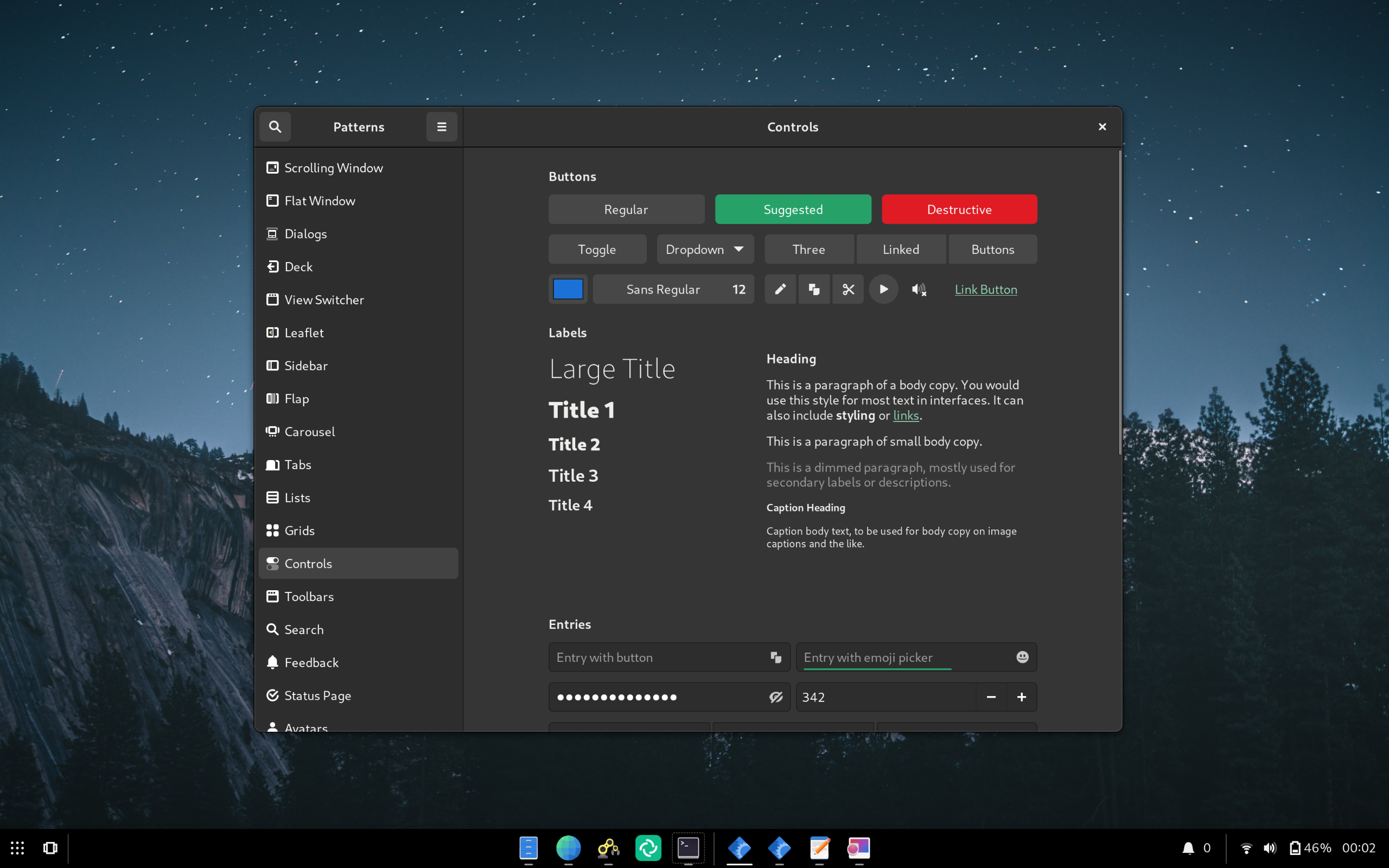 Here's the terrible CSS code I put into inspector to throw together these mockups. Hopefully this means there aren't huge changes required in the scss sources to revert the headerbars like this.