After rebooting today, I first started Firefox, it placed itself strangely, and when I clicked the "hits" of my clicks where shifted like 100 pixels down 100 pixels left from when my cursor was visible.

Not sure if I'm able to reproduce it, but I'll try rebooting a few time to see if I can get it again.

I expect the app to open in full-screen but it's another thing, haha. I expect the clicks events to happen where the mouse cursor is placed :D 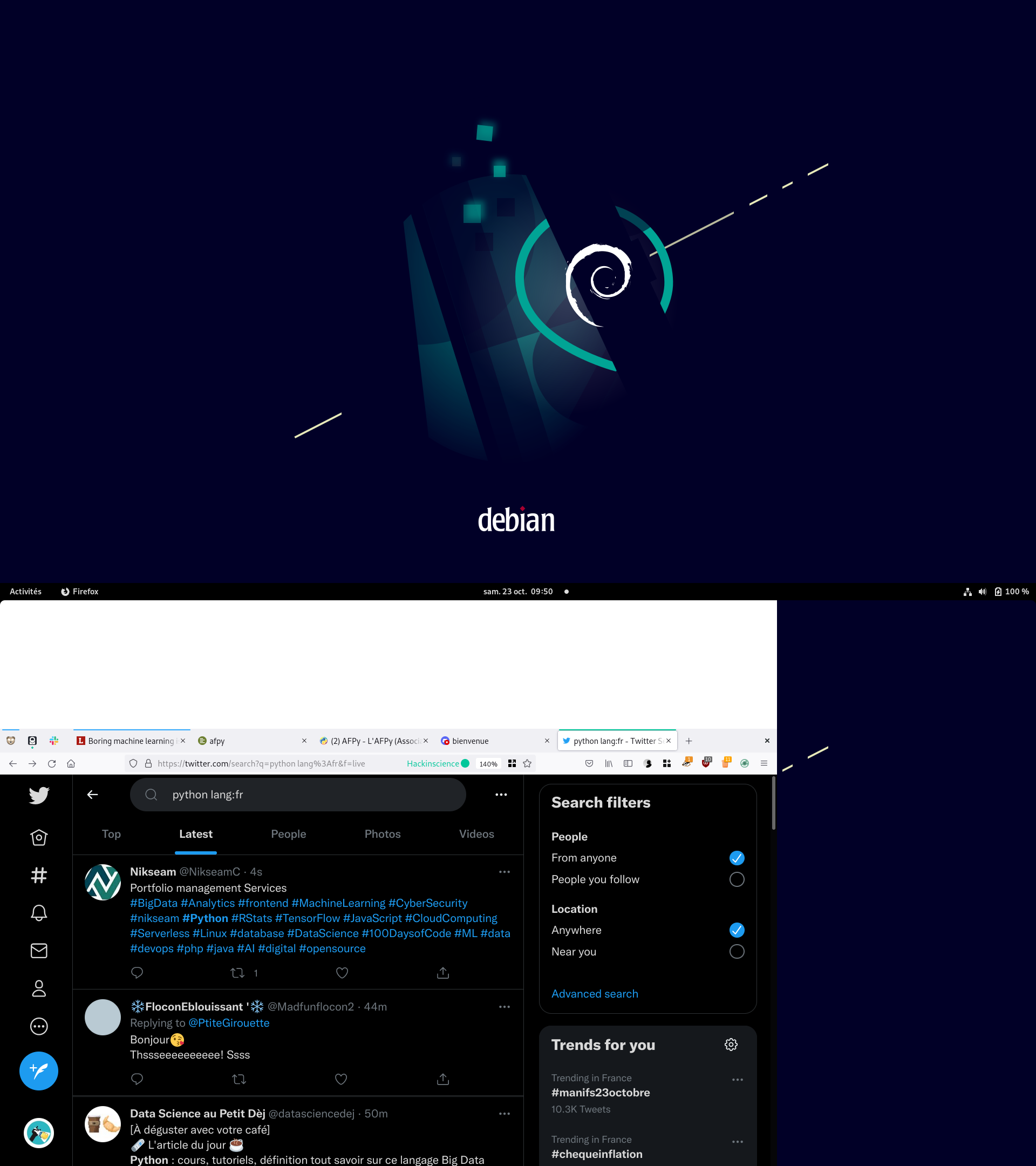 A hint in this screenshot: there's a « transparent box » on top of Firefox, it was rendering glitchy things, but it does not got rendered at all in the screenshot (in the png it's transparent pixels).