I have quite a few compilation albums in my library, and Gnome Music picks an album artist from song artists, which doesn't really make sense. 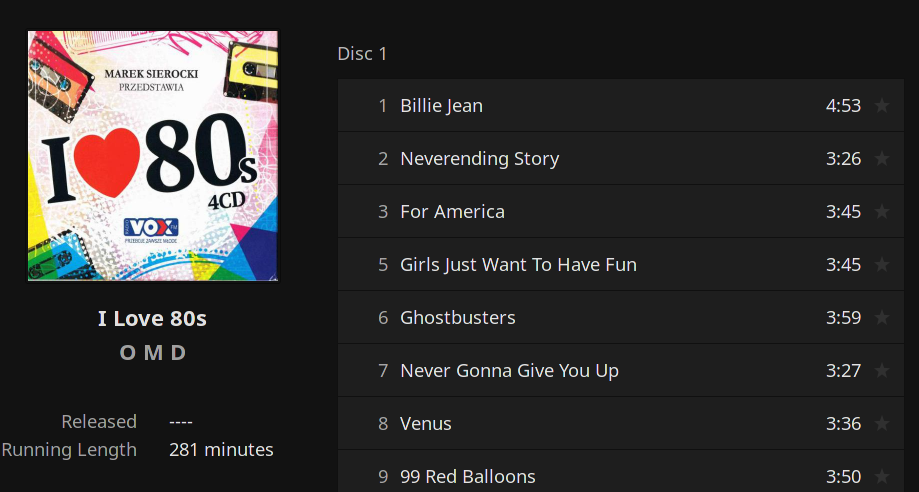 Something like a translatable "Various Artists" (or whatever) in a slightly different font would probably make more sense, since there's a programmatic way to mark compilation albums (e.g. TCMP frame in ID3 or a 'COMPILATION' key in VorbisComment).

Of course, tagging albums with a fake album artist "Various Artists" would somewhat mitigate my pet peeve, but this seems like a clunky workaround.

Another possible workaround would maybe to report "Unknown Artists" on albums without the album artist meta-data. I don't really like it, and falling back to song artists seems like a good practice.

However, actually implementing support for compilation albums meta-data requires upstream changes in tracker and some other projects. That's why I would like to consult beforehand with people that know better before doing random PRs all over the place.