flatpak: Sometimes some albums are invisible in Artists view

Sometimes in Artists view, some albums are loaded, but their respective DiscBox is hidden.

It seems that ArtistAlbumWidgets are populated asynchronously here. Then they emit songs-loaded signal here. Then ArtistAlbumsWidget only connects to the signal for last album here.

But with the thing being asynchronous, it's not guaranteed that the last album will actually load last.

So, as a result, some DiscBoxes end up being populated, but invisible, because show_all() is called before they get created. 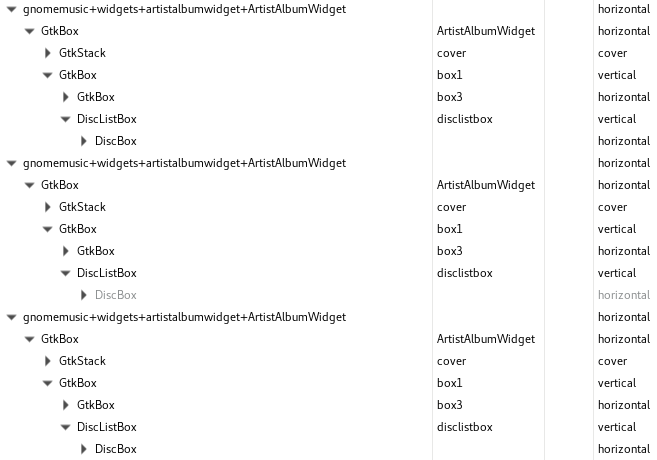 When I remove if is_last_album check, it works, but obviously much slower.

For some reason I'm only able to reproduce this in flatpak.