Moving this from https://pagure.io/fedora-workstation/issue/101, look at how much space I have free on /home and /: 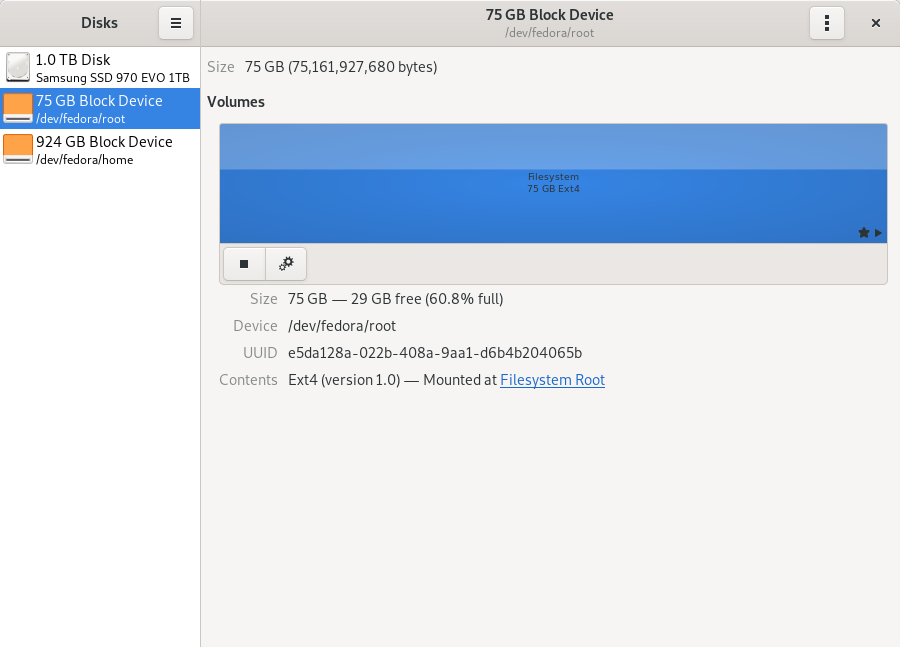 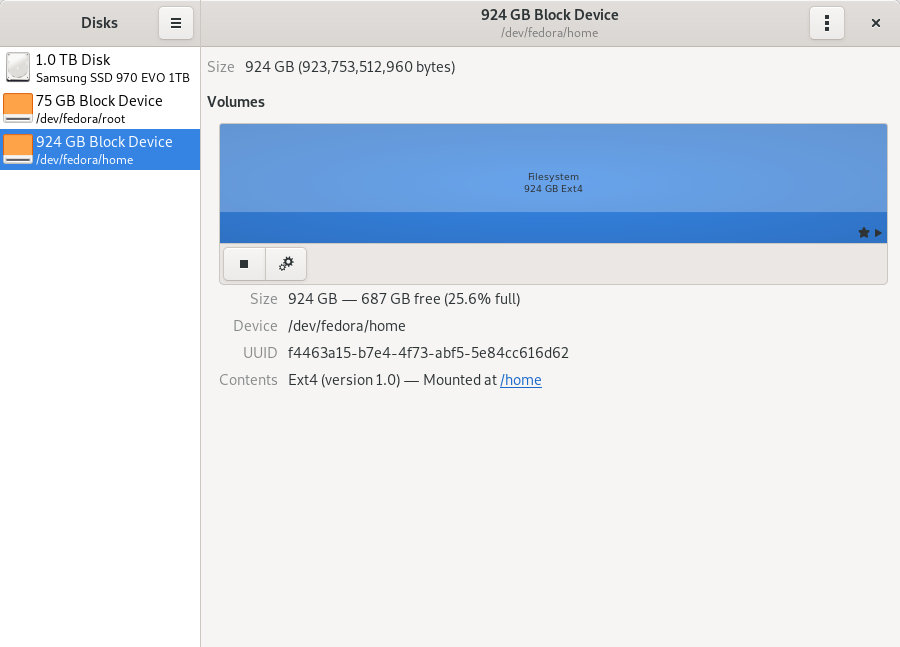 I noticed the display of free space is different than reported by nautilus and originally thought it was a nautilus bug, but nautilus agrees with df. Assuming df isn't broken, which seems safe, that means Disks is somehow wrong.

Notably, 687 GB is ~640 GiB, so if there's not some unit conversion error here, that would be an amazing coincidence. The result is as if the result were computed in GB, then converted from GiB to GB by mistake, given that the value was already in GB. So probably a bad unit conversation somewhere.

Here are my results from df in GB:

Same results except in GiB: