My name is Maria and I am a UX architect at System76. I would like to propose design mockups for the Keyboard shortcuts page. I have done some research online and talked to people who used the page that. It became apparent that the page is somewhat difficult to navigate. There were also users who expressed interest in being able to set multiple key combinations for the same action. For example, gamers use WASD keys in place of Arrow keys. Using those keys in shortcuts with Arrow keys would be much more natural for them.

Difficulties with the current page: 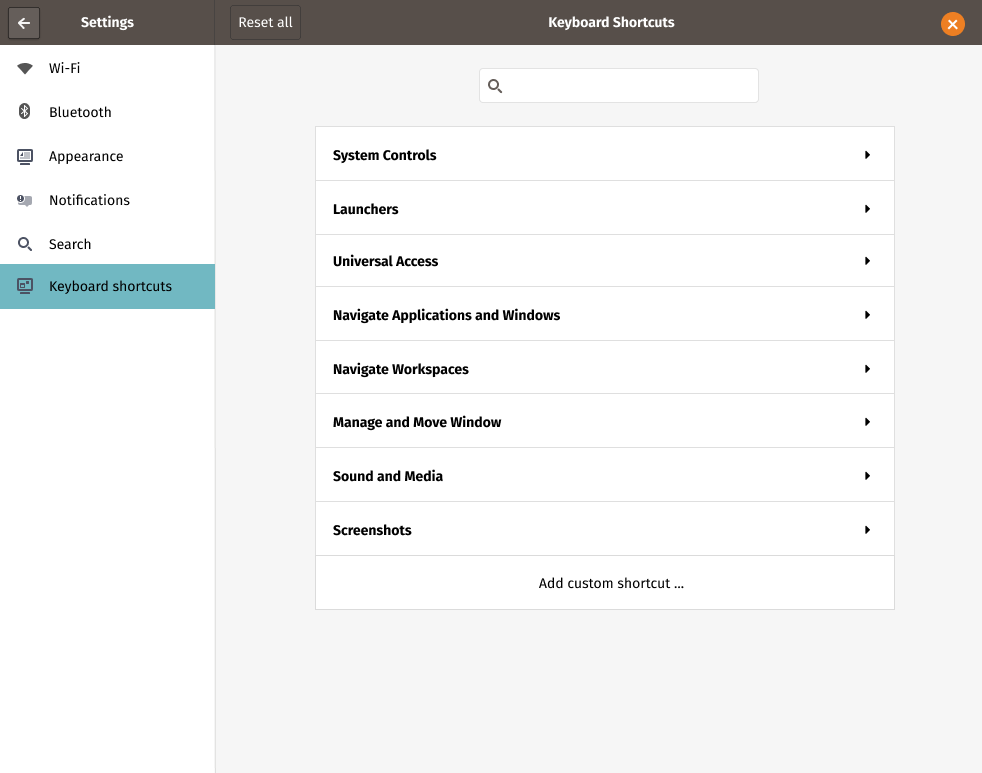 Works the same way as currently, just a slight adjustment to the proposed design 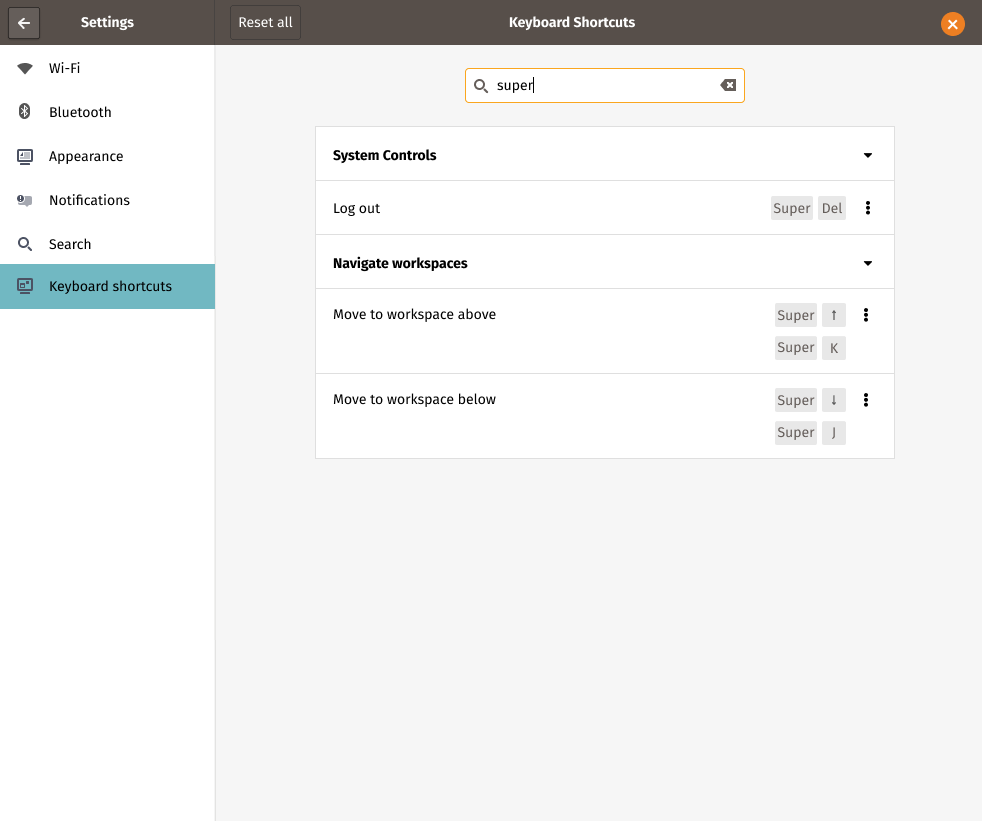 Here, as an example, a user chose to have Arrow keys used in Vim in addition to the usual Arrow keys to navigate between workspaces. 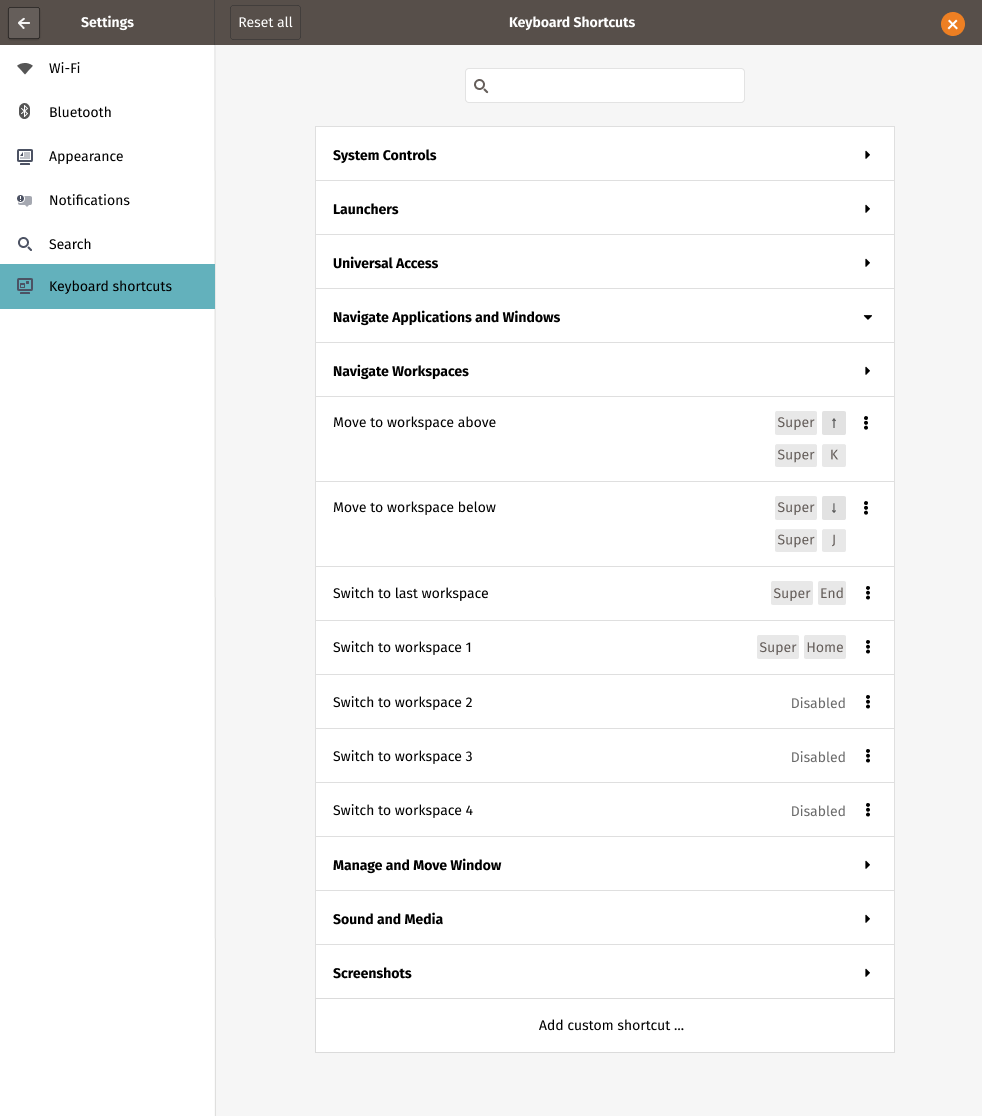 Shortcut menus with different sets of actions depending on the context.

Dialog for setting the shortcut:

Dialog for adding a custom shortcut step by step: 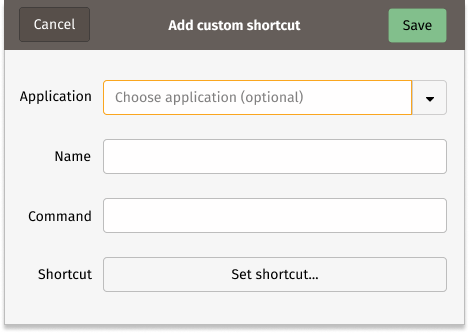 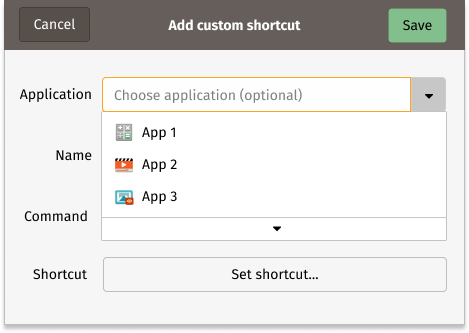 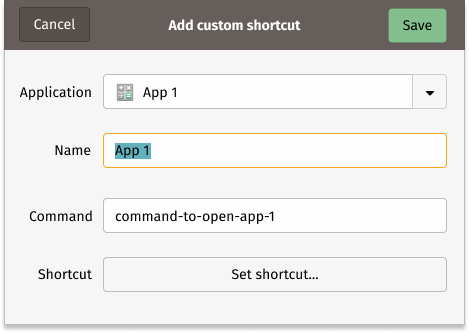 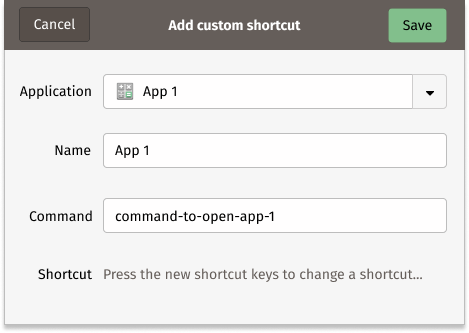 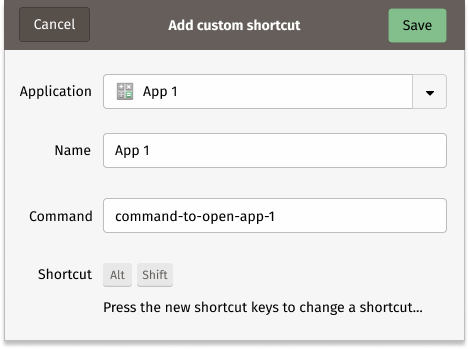 I have done the first round of usability testing for this design. Users liked a list of categories instead of a long list of shortcuts and found the experience to be easy. It was interesting that new users with no previous experience of the page found it easier than those who were used to the current layout. I can share a more detailed account of the usability testing results if someone would like to see them.

Our engineering team is ready to implement the design and we would like to offer this change for the upstream.