This could either be implemented/configured globally against all applications, or it can be a setting within each application, for example, some apps will wake the screen, but other apps will only display in the lock screen for next time the user wakes the screen themselves.

I think a new option like the following would be optimal. 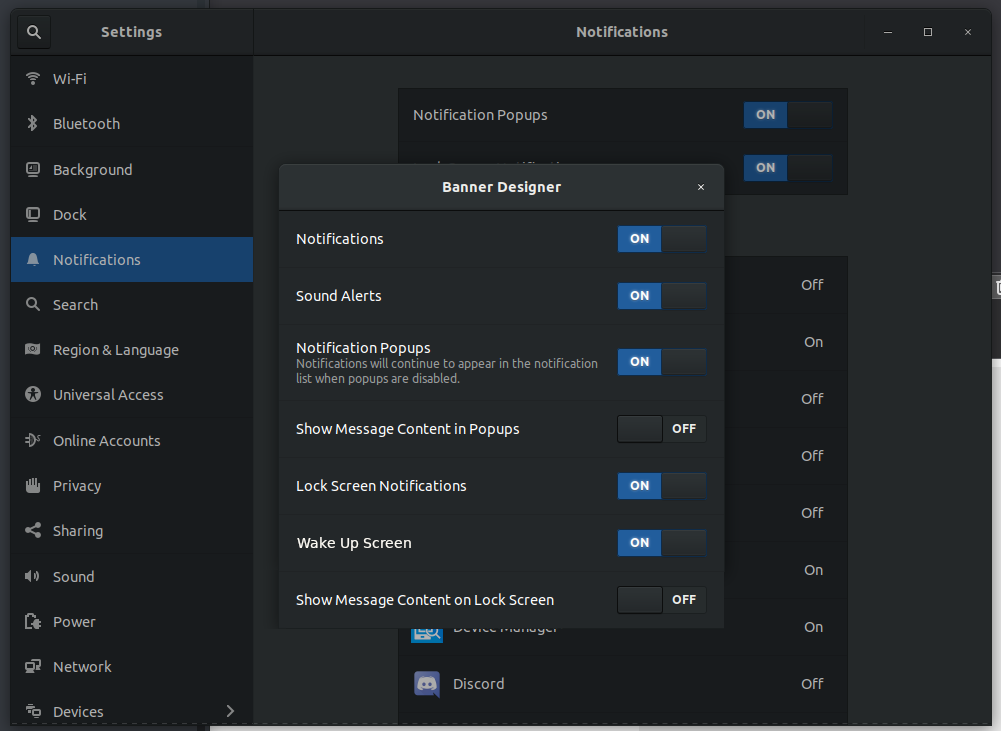 Looks kinda shoddy, but it get's my point across I think. ^-^'

There is also a post on StackOverflow which shows a small interest among other users for such a feature:
https://askubuntu.com/a/1179539/938482