The Calendars → Add → From Web… feature does not detect the valid iCloud CalDAV URL when it is entered in the Calendar Address field.

Ideally, it should detect it and then prompt the person for their Apple ID and their app-specific password that they can create via https://appleid.apple.com.

It should then show them a list of calendars to pick from and set them up.

This can be handled with no interface changes initially if an interface for retrieving an account handle and password and selecting calendars already exists. If not, see Evolution for a working reference.

That said, a future iteration where people can select from well-known CalDAV services would be easier to use than having them know that, for example, the URL is https://caldav.icloud.com (this is not a well-known fact, as far as I can see from the articles on the Web.) That said, I would also urge that any such interface would either not include surveillance capitalists (services that make money via surveillance, like Google, etc.) or, if they absolutely must, that they are not favoured in the listing order and that a warning is prominently displayed next to them warning the people using the app about the unethical business model of the service provider (e.g., ”Warning: this service has a business model that violates your privacy. Use at your own risk.”) 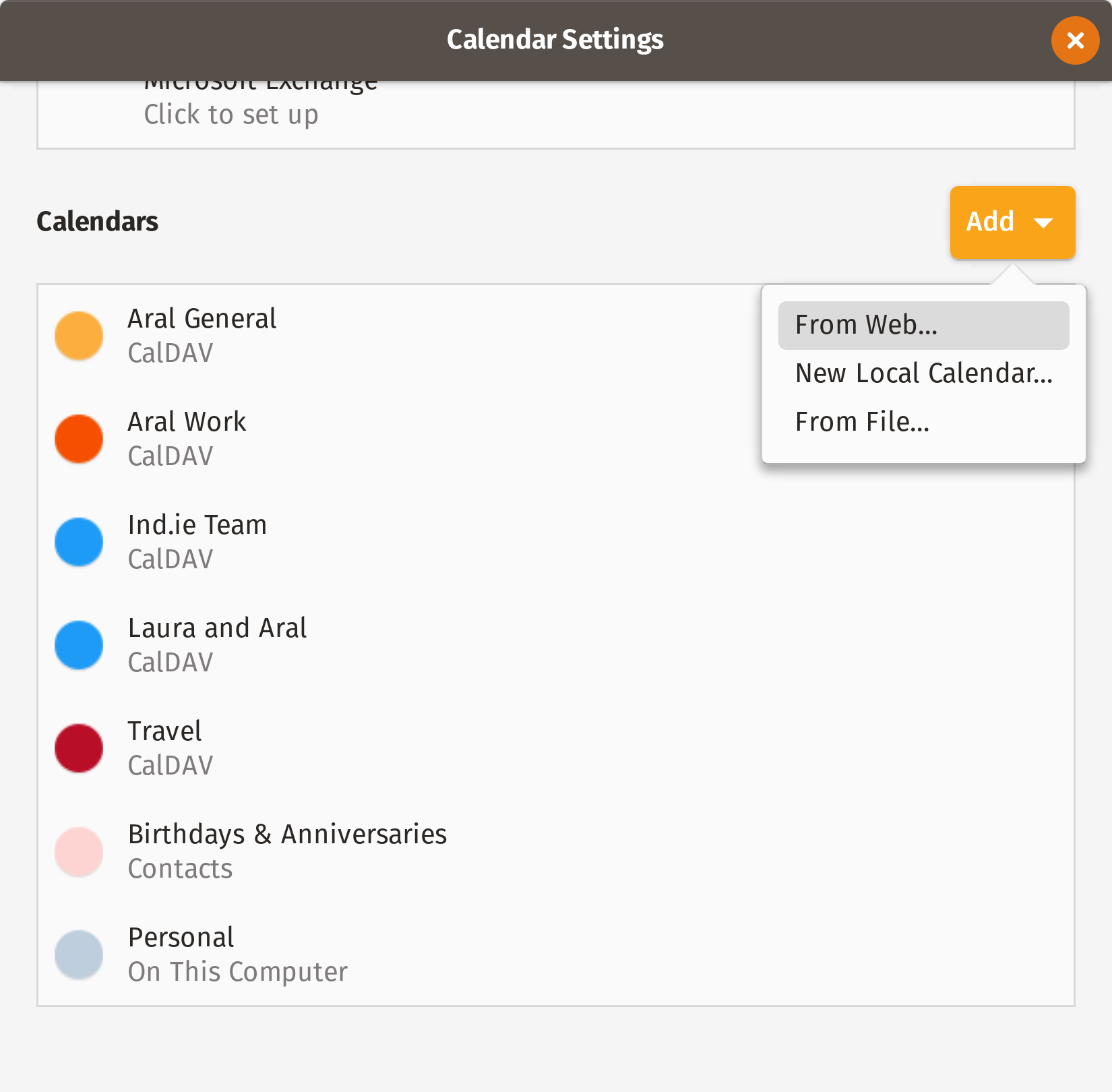 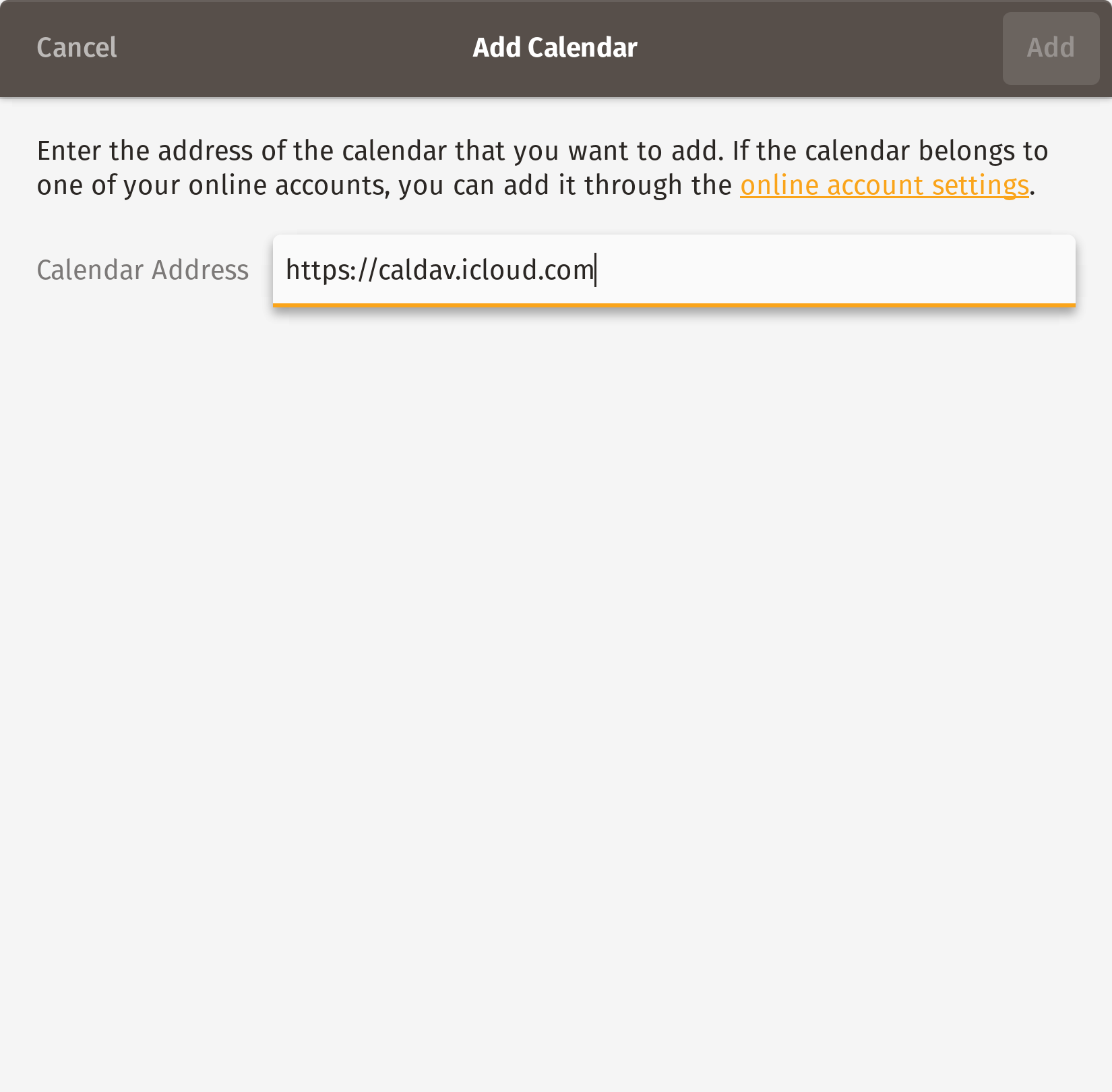