indexed layers imported onto indexed images retain their own palette.

When importing a layer into an indexed image by drag and drop, either from another project, or from a file, and the imported layer is also indexed, the imported layer will not adapt to the palette of the image, but will instead, completely invisible to the UI, retain its own palette.

Alternatively, steps 2 and 3 can be replaced by dragging and dropping the second file straight onto the opened first image.

When importing, the new layer should adapt to the palette of the original image.

In both painting cases, the colour matching the closest to the original image's palette should be painted.

When importing, the new layer retains its own palette, and does not change at all.

In both paint cases, the actual painted colour is the closest colour from the image that is being painted on.

Painting two lines with two distinct colours, using the Airbrush tool. The green is a colour from the original palette, the light purple is from the added layer's palette. On their respective palettes, both colours have a bunch of close colours that allow nice fades at the edges when painting with them this way.

Painting on original image: green is correct, purple is changed. 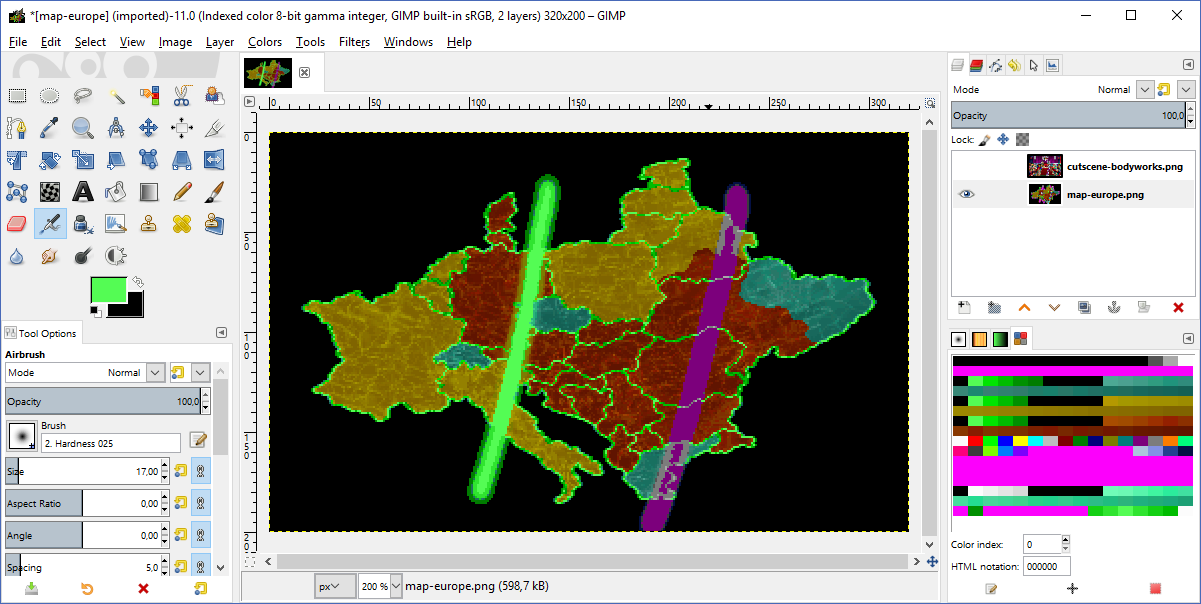 Painting on added layer: green is changed, purple is correct. 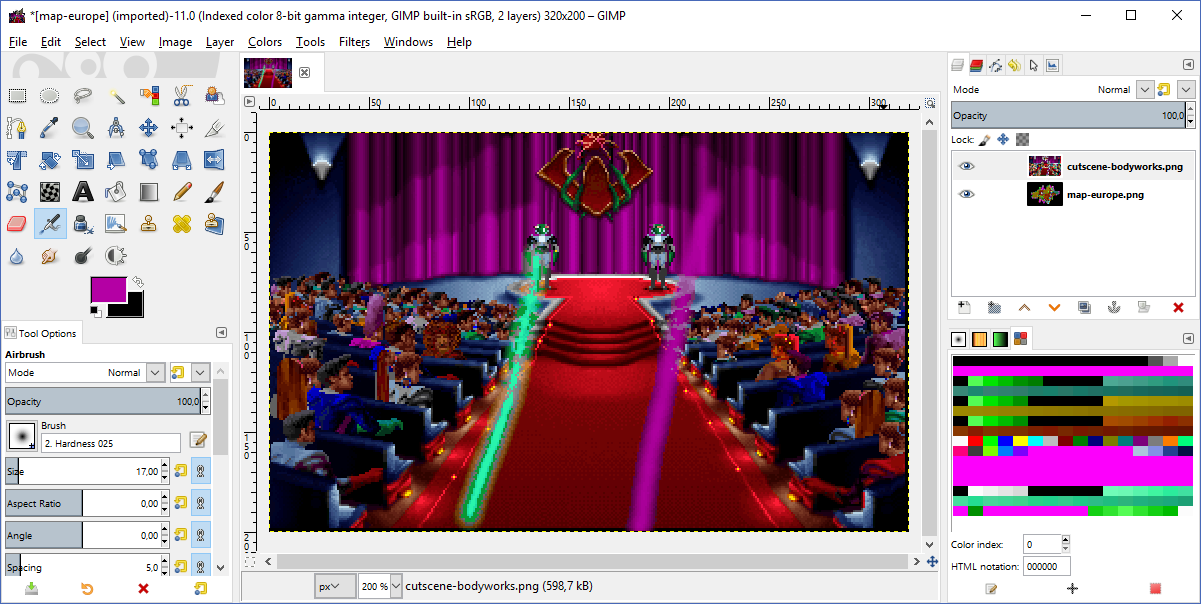 As you can clearly see on this screenshot, the shown image does not at all match the shown palette.