Long Shadow made up of gradient/texture

Description of the feature

An option in the newly-introduced "Long Shadow" feature, where the shadow color of an object is not a solid color, but instead an extension of the outer pixels of the object. This is best described through this picture: 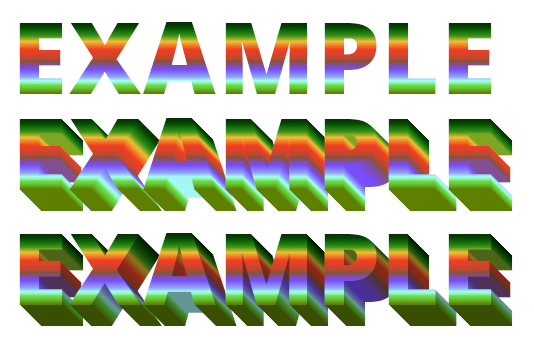 Many thanks to all contributors and a special thank you for introducing the long shadow feature! I've been wanting this feature since ages. :)