When first started, GIMP's Layer Dock was almost completely off screen to the right

I just installed the latest Lubuntu (17.04) and installed the latest standard GIMP in my repositories (2.8.20-1). The Layers/Channels/Paths/Undo/Brushes/Patterns/Gradients combined dock ( Whew! - is there a shorter name for this initially standard opening combo dock?) was so far to the right on my screen that I had to snag it with Alt-Drag (see screenshot). I am using the proprietary NVidia 304 package (which I have been automatically installing since (so far) Nouveau always manages to crash something I try to use; I have not actually tried it yet with the new Lubuntu, I suppose I ought to try one day...), and my monitor is set to a resolution of 1792x1344 (where DO they get these wierd coordinates?) Since GIMP remembers window placement between sessions, and I moved the window dock so that it was entirely visible, this is obviously no longer a problem, but it would look bad for a new user of GIMP, and not everyone knows about Alt-Drag to lasso straying windows...

If there is any other info that would help, let me know... -Scott 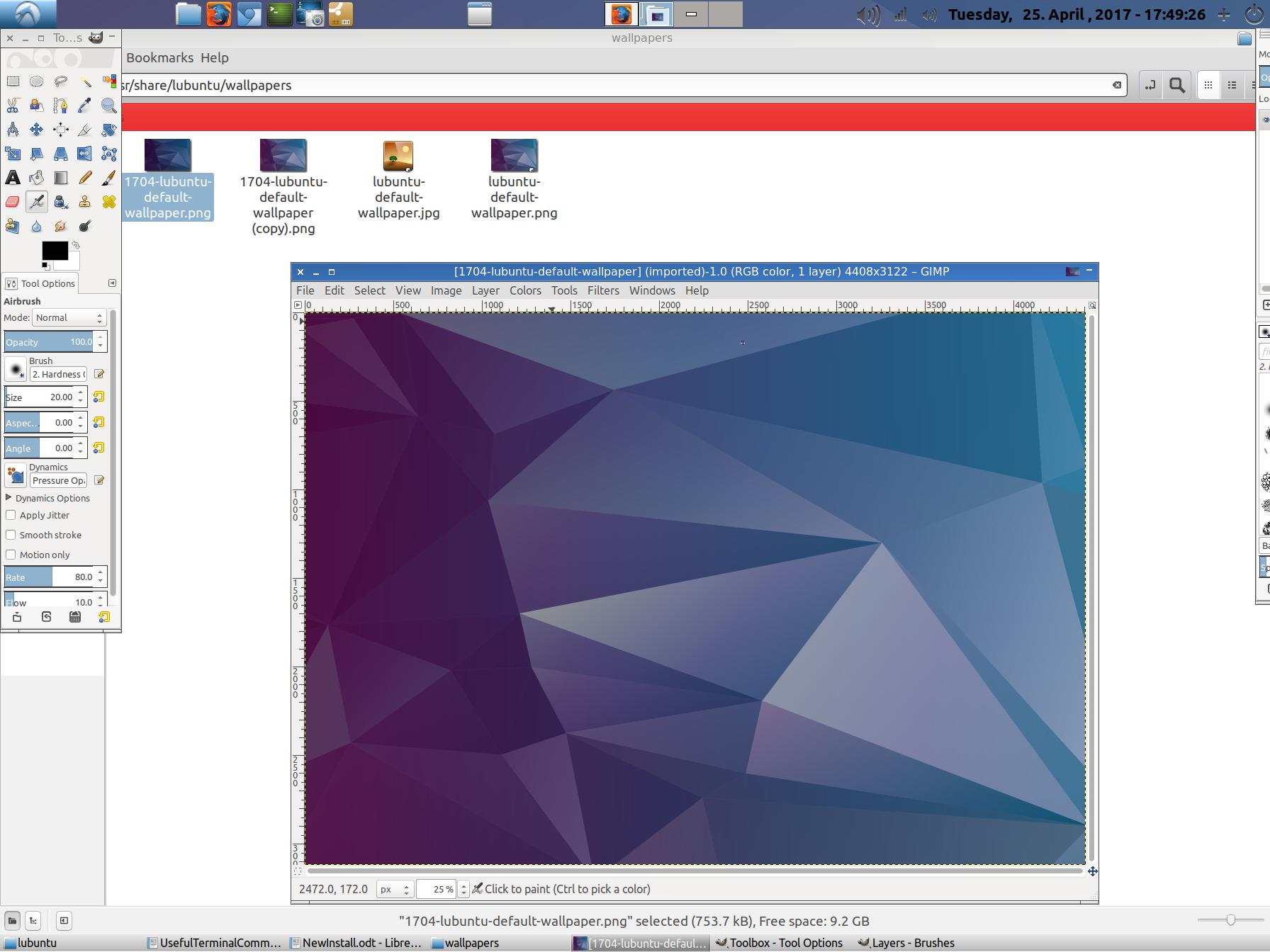