Potentially offensive symbolism of the name :/

Hey there! I want to start by saying that I love KGX Terminal as a piece of software! It works very well on mobile devices, has some very cool and smart features (I love the bar turning red when doing sudo!! very well thought!) and i really appreciate using it daily!

Yet, and I hope i wont bother anyone by formulating that... I know how naming can be taken as a bit of a joke, and only later people realize the consequences of the choices (or non-choices) involved...

I find Kings Cross name is very disturbing (and a bit misleading, i'll come back to that later), and I think it can be perceived as offensive to some, for multiple reasons:

1/ It evokes a location in London, England, a brutal colonial empire that killed millions and looted an important portion of the Earth (The East India Company) while tracing arbitrary borders that are still today the source of numerous conflicts. Placing oneself in the shoes of somebody living in a place that has suffered or suffers still from these invasions, and looking at a piece of software named after a central place in the capital of the empire seems un-necessarily hurtful.

2/ It contains the word "King", as an obvious reference to a form of organization and authority that once again was at the heart of very brutal behaviours in the past. It seems again un-necessary that a cool piece of software, especiall free/libre as in "belongs to everyone" be tainted by monarchy, and the "divine right" that allowed rulers to plunder, massacre and dispose of "their" people in any possible way...

3/ It also contains the word "Cross", which is also obviously a religious symbol, representative of one monotheist religion in the name of which many crimes were committed in the past (like the whole colonisation of Africa, Latin America and many islands on the way.) Again, it seems clear that it is not the intention of the authors of the software to declare a "religious war" or to even declare their religious preferences to the world... but imagine seeing that form the perspective of somebody who doesn't live in a place where Christianism is a dominant religion, and thinking "err... why?"

As an anecdote, it seems, according to Wikipedia, that the King's Cross has been named after a short-lived building dedicated to the deceased King George IV, a king that mostly got remembered for his obesity, his mental health issues, laziness, gluttony, etc... Not such great things to be associated with either... ;)

I know it's a reference to Harry Potter (Here people may feel offended in different ways, i didn't follow the controversy around JK Rowling...), yet, what predominates and especially for those who are not familiar with that body of works is the actual King's Cross (the one Harry Potter probably refers to anyways...?)

Again I dont mean this to be annoying or insulting to anyone. I know how a name can become something like a serious attachment to the members of a project and I hope not to stir too much of a controversy.

I would therefore offer to propose a way out: For instance renaming the project in something that would rather remind of the rail/station part of the name, rather than the religious/monarchic/imperial aspects. Something like "RailTerminal" or "TrainTerminal" or "Terminus" would be great! (The logo could be kept, but its colors altered to reflect more the ones of a terminal: black background for the rectangle, and/or green/amber and such "terminal looking" colours?) to keep the general shape and spirit, but make it more specialized in some way. (attached is a vague suggestion to illustrate what i mean) 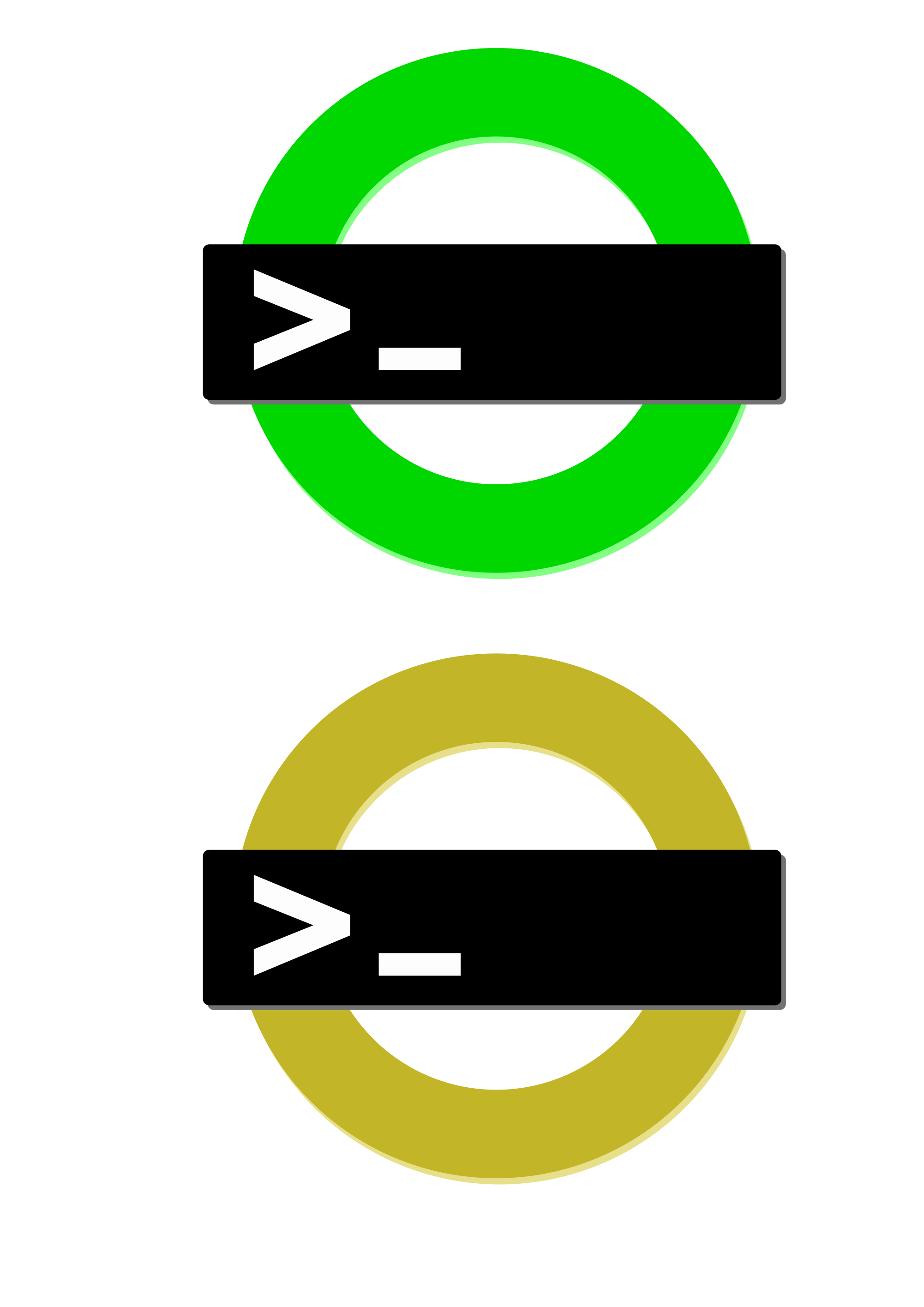 This would also solve a side issue that some may find absolutely central: It took me a while -and I heard of a few similar stories- to find out the first time i used Mobian that "kings cross" was actually the default and only terminal application! I was obviously looking for a black rectangular icon with white characters on it.. Kings Cross = Terminal is only obvious if you pay really close attention to the logo (which is not always easy on a small screen!) and/or if you solve the "riddle"/pun of the name...

Thus i believe that calling it with a name containing "term" or "terminal" would greatly facilitate accessibility!