@aday encouraged me in #72 to split the dots because now I read it again I realize it was a little too lengthy.

So, the last one focused about a possible alternative to virtual desktops that does not break with the current flow (which is what really caused the debate between horizontal or vertical). In short: I think despite the points, you can say that it suffers some redundancy, but it was an idea that developers will know how to polish in GNOME 40. Please don't reverse the design as it seems very exciting, but make the transition a little smoother (in my case, I work a lot with virtual desktops). 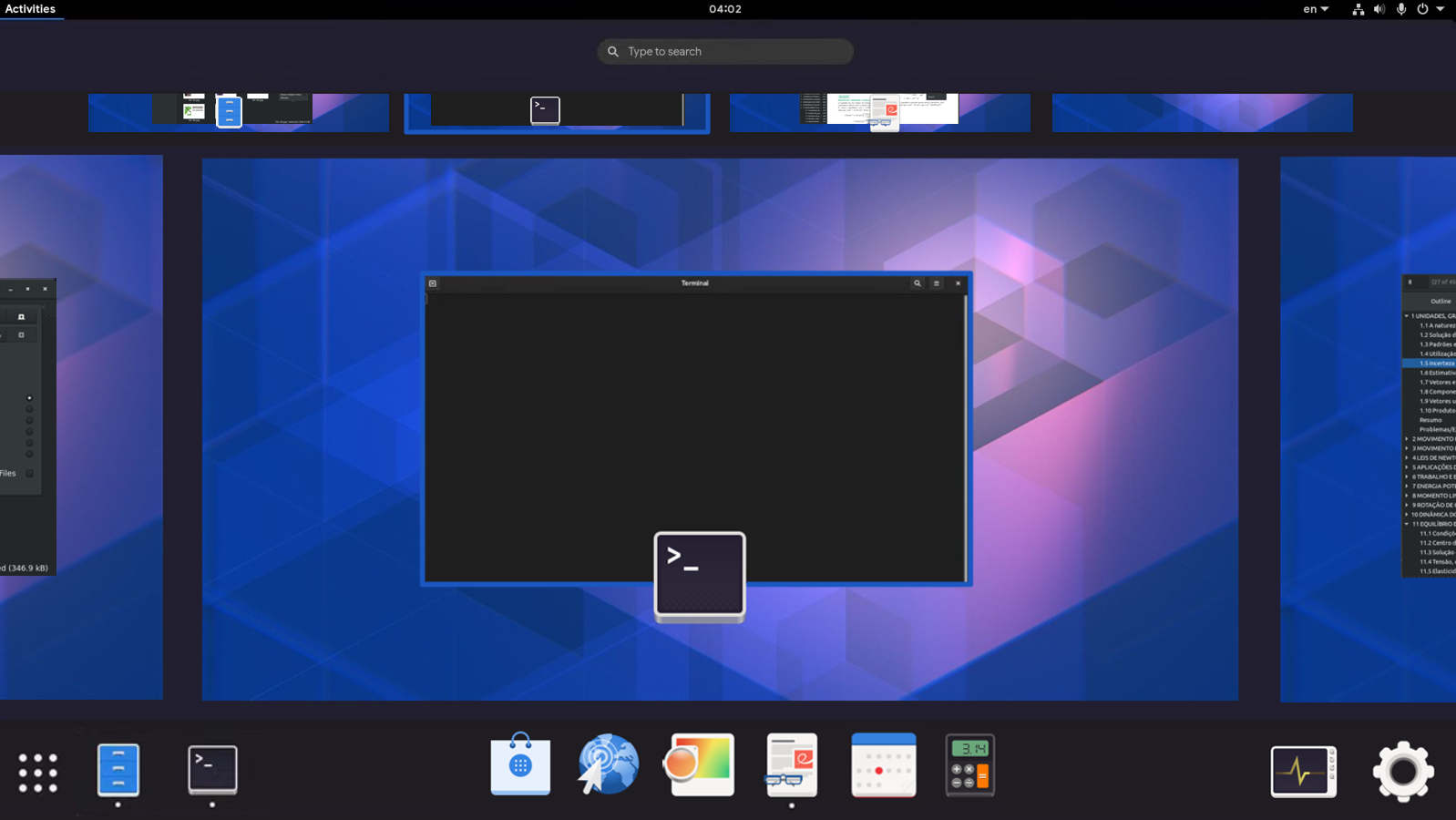 In this case I split the dock in 3 icon section so I admit it may be confusing and a little bit uggly, so if the gray app button is in the corner and the icons centered, I think it could ease the workflow without clashing with the changes that the developers are proposing (the classic dock). Why? Because I think that way the button to open the apps would be faster since it would always be in the same position (hot corner, and low mouse down) and the icons would be in the same position as the design shows. 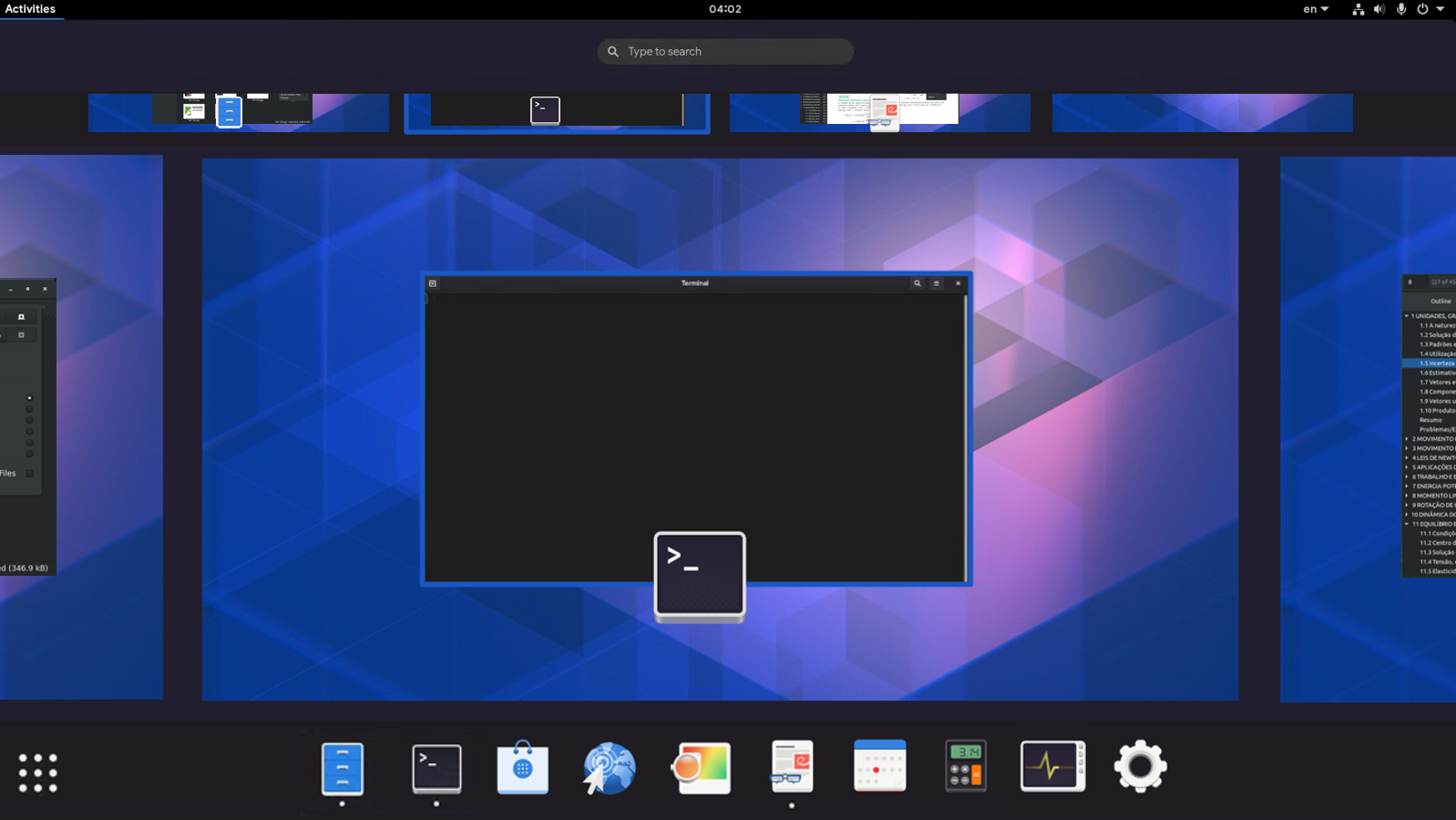 Thus, the grid app button can have a function closer to recent or frequently used apps and programs or documents (images in the previous point), and activities would only emphasize desktops and activities (the workspace).

As I mentioned in the previous point, the only porpuse is to find a middle ground between current and new GNOME! I really like the potential that GNOME 40 opens doors for. I think that if implemented well, it will be one of the best releases of the year, it would hardly make you want to change themes or modify its behavior.

And that's all. Please excuse my bad English. I'm Really excited about this release.

Please have a nice day. Cheers!