The attached screenshot displays issue, and how to reproduce it

I guess the ^M name ending is causes the issue [maybe not escaped properly?]. Prepended prompt should display [something like]:

I was running fresh install of Manjaro XFCE, with latest updates as of 21-Dec-2019

I logged this as a bug with xfce4-terminal (see https://bugzilla.xfce.org/show_bug.cgi?id=16291) and got referred here with the explanation that vte actually handles that part of the drawing in the terminal 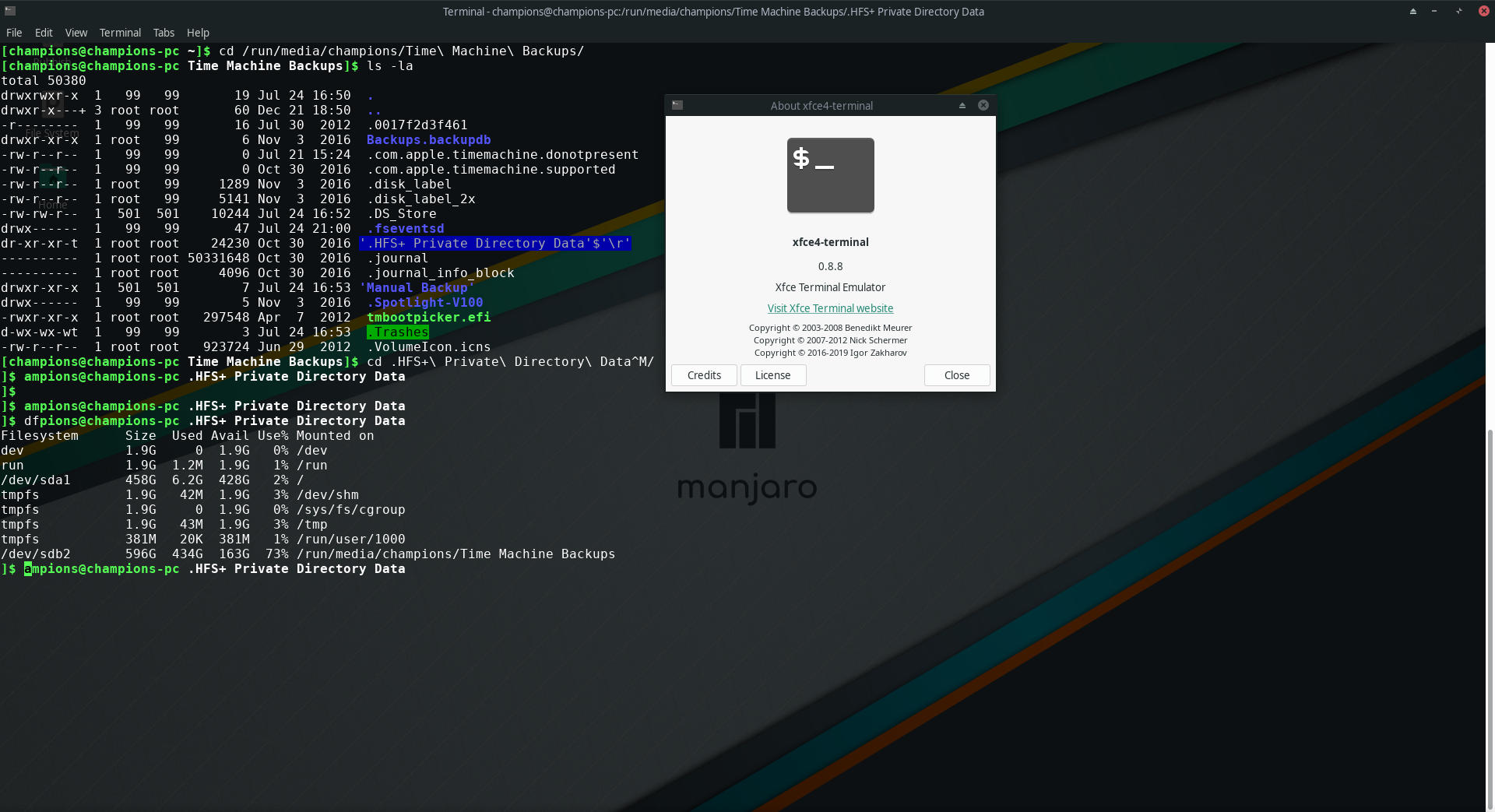