Great to see that there's a section for vegan cuisine in this app!

However, first two recipes listed in the Vegan cuisine section there is "Any meat marinade" and "Chicken gravy". Okay, the chicken gravy doesn't actually have chicken in it — perhaps because someone forgot to add it — but it does list honey as an ingredient.

And what does it even mean when it says "1 honey" and "1 salt and pepper"? 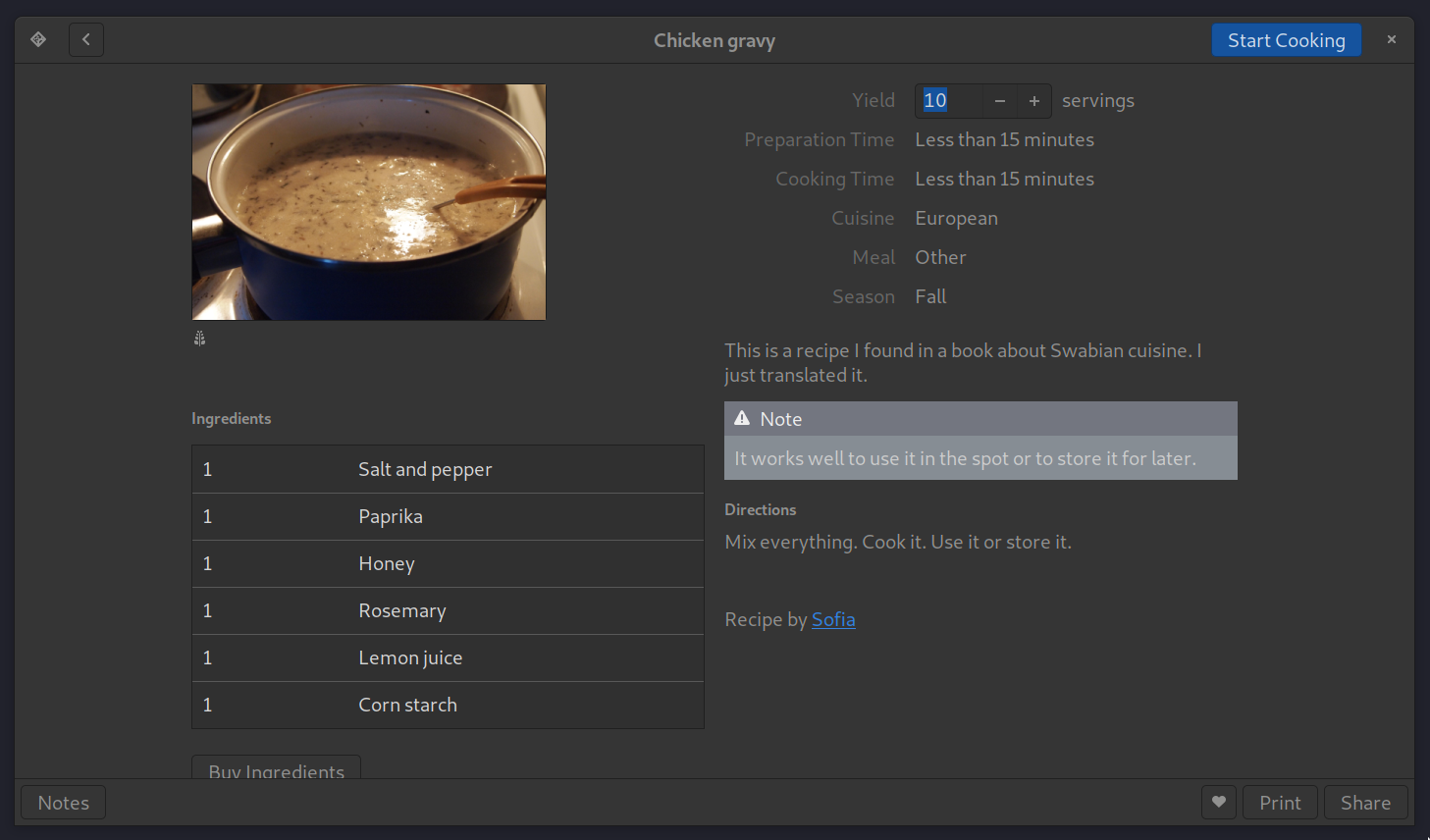