This fixes a transparent border issue that appears to have been introduced with commit 5fbf69f2:

With commit 5fbf69f2, ipv4/ipv6 route and new connection dialog boxes were modified to use margin properties due to the deprecation of border properties. Margin properties were placed under GtkDialog instead of the immediate child GtkBox. Margin properties were also placed under another GtkBox further below. This seemed to have the effect of margins not being recognized on the top or left of the dialogs, but also creating a transparent margin on the bottom and right. This is visible on the IPv4/IPv6 route dialogs and PPP Configure Methods dialog. Fixing properties in ce-ip4-routes.ui, ce-ip6-routes.ui, and ce-ppp-auth-methods.ui corrects the issue.

EDIT: Something else which I noticed. The new connection dialog is only displaying the transparency issue in the Ubuntu 19.10 package, not in master. Perhaps the issue was noticed and fixed for that dialog?? Not exactly sure why...

However, both IPv4/IPv6 Route dialogs as well as PPP Settings->Configure Methods dialog are currently affected in master. These changes fix the issue. 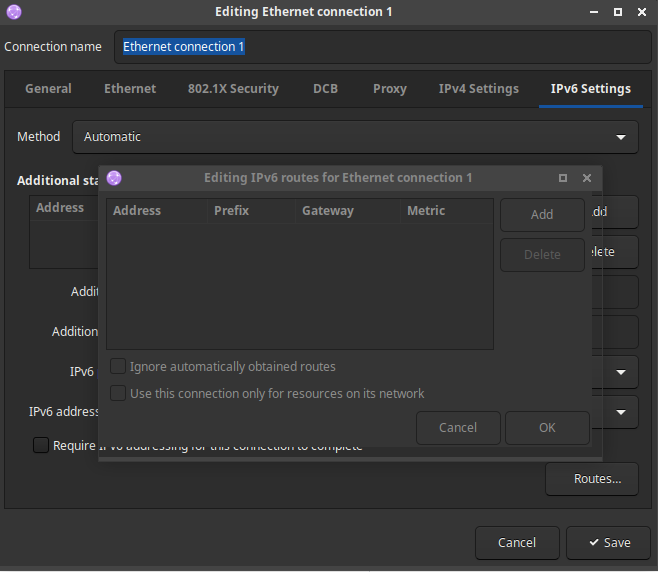 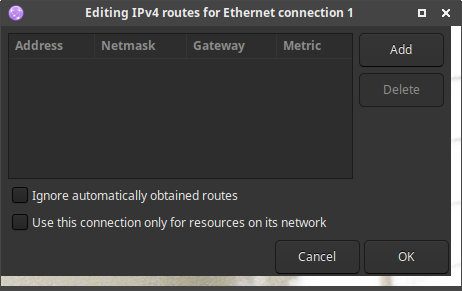 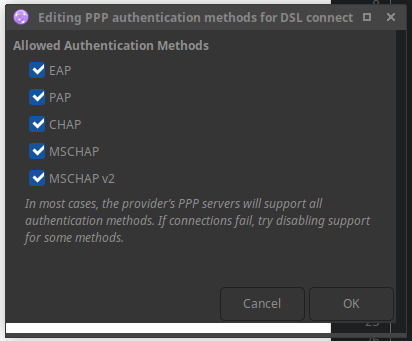 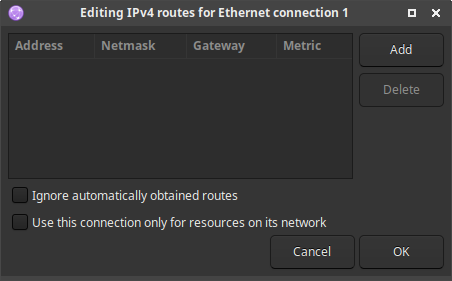 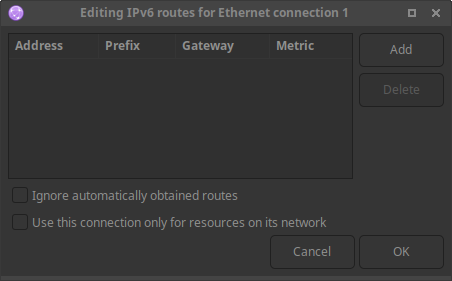 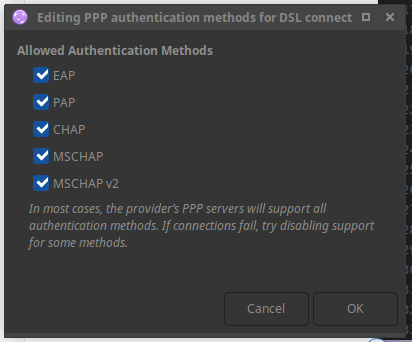