@csoriano: you asked for a sample of my thoughts, here it is. I can remove this if anyone would like.

This attempts to make Nautilus look more professional and fix the issue with a gray border between blue selections by introducing more custom styling. The idea of custom styling is probably not a popular thought among purists, but to the majority of people custom styling probably does make software look more professional. This is evidenced by proprietary software packages almost always using custom styling, the anti-virus themes being among the most stunningly polished and beautiful; as the work anti-viruses do is largely invisible, they have the most need to attract users in ways other than direct results.

Even details like this have potential to sow seeds of doubt and despair about GNOME and even free software by association: "this open-source stuff is nothing but sloppy toys, only DRM can provide the nourishment for truly great software, and Miguel de Icaza did the right thing to just grow up and buy a Mac". Ubuntu community theme developers understand this and have added custom styling to Nautilus path bar.

I think that theme improvements are necessary, or else GNOME will be seen as just flawed raw material which downstream developers like Canonical or Linux Mint have to then polish to create a presentable OS. GNOME should instead be able to stand well on its own.

I have attempted to follow the spirit of Adwaita when making these changes and I think it turned out well enough. 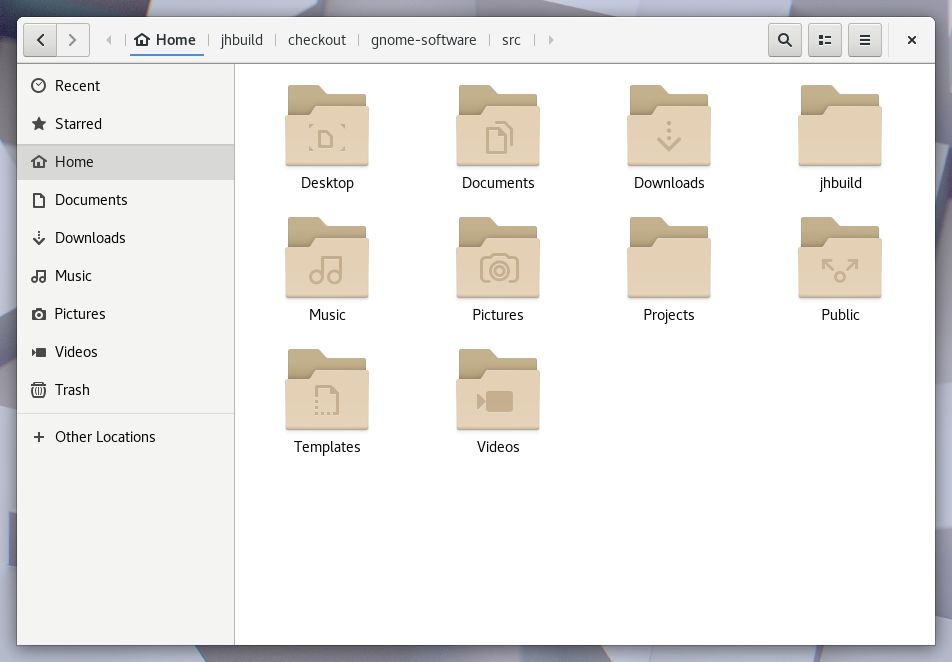