Missing UI for changing and using the default sort order

As requested in #636 (closed), please can UI be added for changing the default sort order, and for configuring folders to use it?

Now that we have the nice view-specific dropdown, it's time to revisit this bit of gradual feature erosion. It can be addressed quite efficiently now. I believe the current approach is to offer sort options in the view dropdown, so I suggest adding two new menu items, separated by a divider: 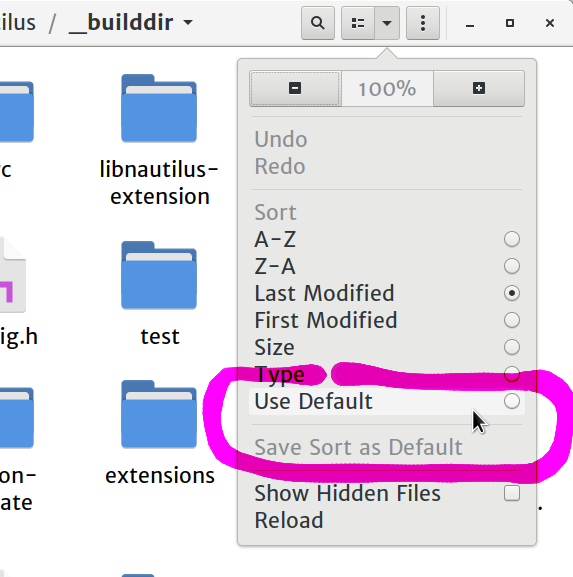 The new menu items in the mock-up above are:

Benefits of the solution

As a way of managing this, we can use clustering and adjacency to keep the DSO-related items together as per the mockup. This provides something of a visual and discursive explanation of what's what. I don't claim anyone thinks like me, but the potential questions "what does 'Default' mean?" and "how do I set that?" seem to be answered in a condensed bit of screen space. ("Aha! It's the default sort order because it's listed next to the other ones!", and "Oh here it is, right under the sort options.")

This is about the best way I can think of to manage two different sort orders, one of which is a fallback for the other. Things would be much simpler if there was just one sort default order, or just one sort order for each view!

(But seriously. The model is complex and weird, and it could be simplified. A weird and over-fussy model can cause bad UI. Making each folder have its own sort order is glaringly fussy compared to the rest of Nautilus's stripped-down design.)