This is a continuation of Jonas Ådahl's Sysprof capturing work on Cogl that happened during the Performance Hackfest 2018. It allows capturing data about frame times and saving it into a syscap file, that is parsed by Sysprof to give a nice visualization of frame times.

Here's a screenshot of what to expect from this work: 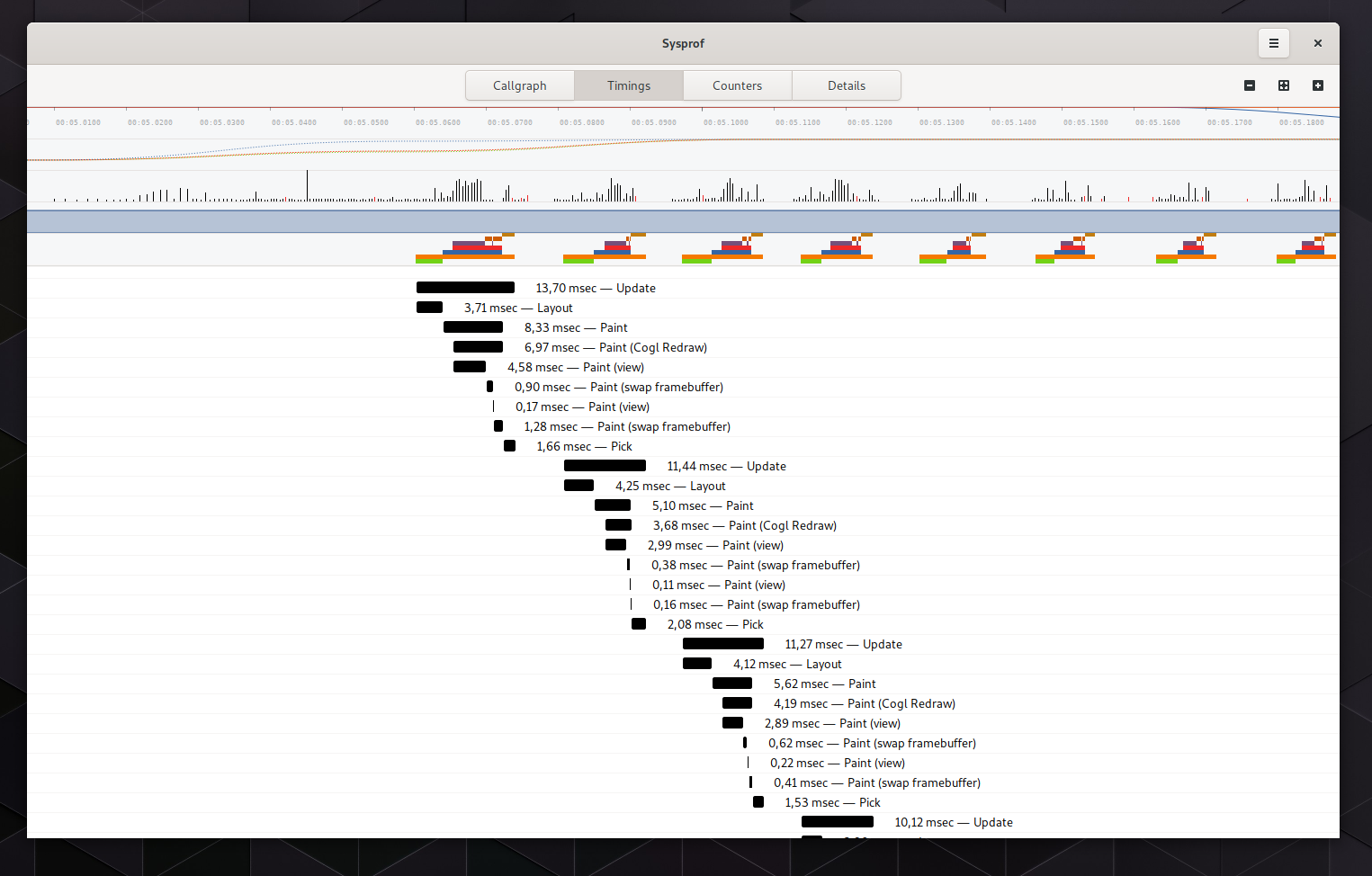 The call stack is empty due to no proper Sysprof integration yet - nothing from it is being recorded beyong the frame times, which is what can be seen in the picture.

In order to correctly identify performance bottlenecks in the rendering routines, it is fundamental to have precise and reliable data. Without it, it's much harder to understand what's happening and make correct decisions - essentially, educated guess at most.

With Sysprof integration showing both frame times and CPU consumption, it will be possible to address this issue.