Comparing two CSharp files is not syntax highlighting past the first line. It is picking up on the fact that the file is a CSharp file, but not highlighting it for whatever reason.

Another interesting behavior is that if I make changes, Meld with then highlight those changes properly, but the whole file still won't syntax highlight properly.

Here is an example: File: https://gitlab.com/Eddie-Hartman/ProjectEulerSolutions/-/blob/master/ProjectEulerExercises/Problems/Problem12.cs Comparing the latest with the previous version: 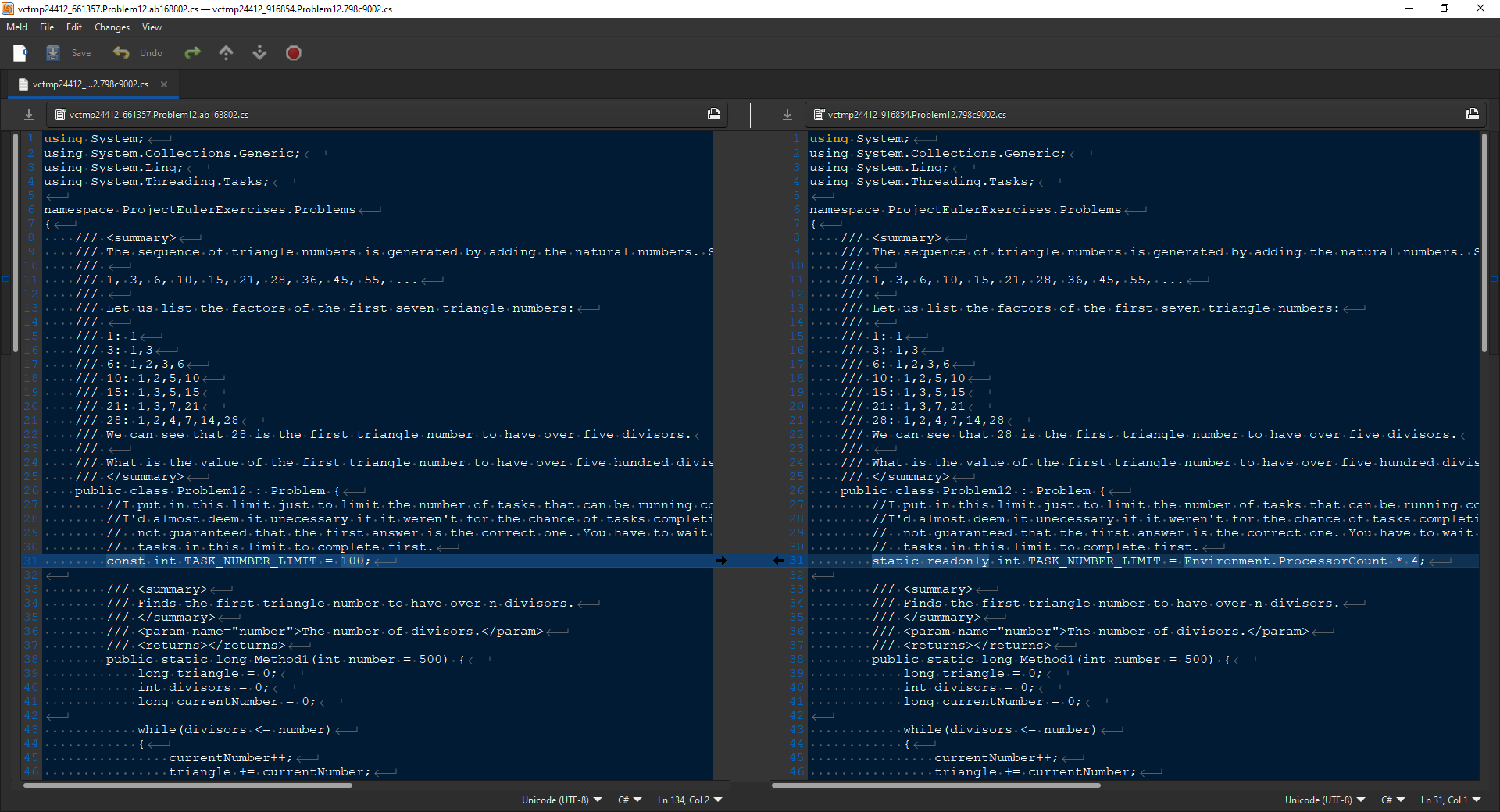 After making a change (moved changes from left to right): 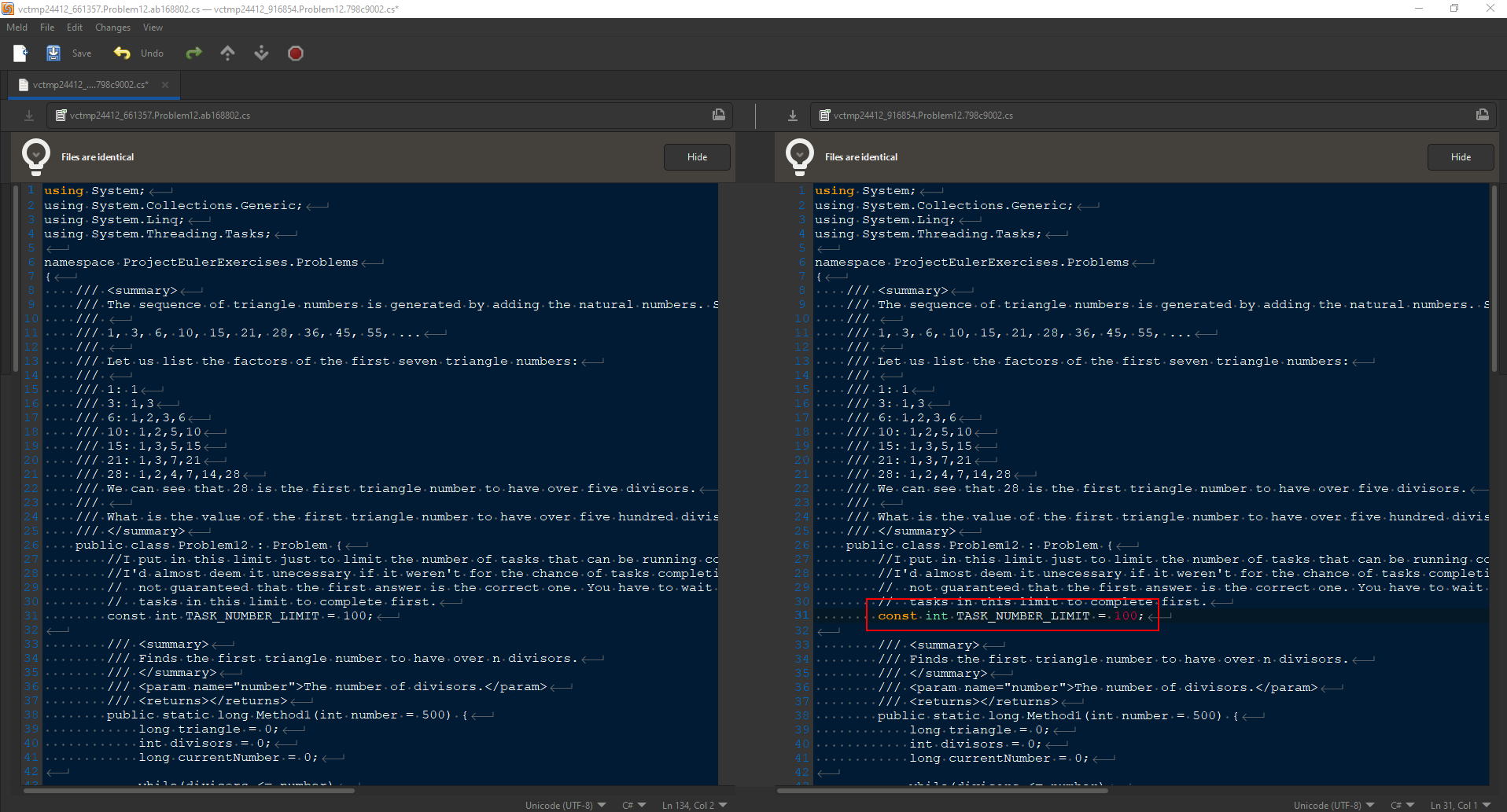 Edit: An important note is that this doesn't happen with all files. I've so far only seen it with CSharp files or it just doesn't pick up the type properly (.vue files not being HTML), but once I update the file type it works. No dice for CSharp though.