When invoking meld from the command line in a git repository with ongoing conflicts, meld <file> does not open the kind of three-way view that one would expect from a meld <folder> invocation, instead displaying some sort of unhelpful two-way view with merge conflict markers: 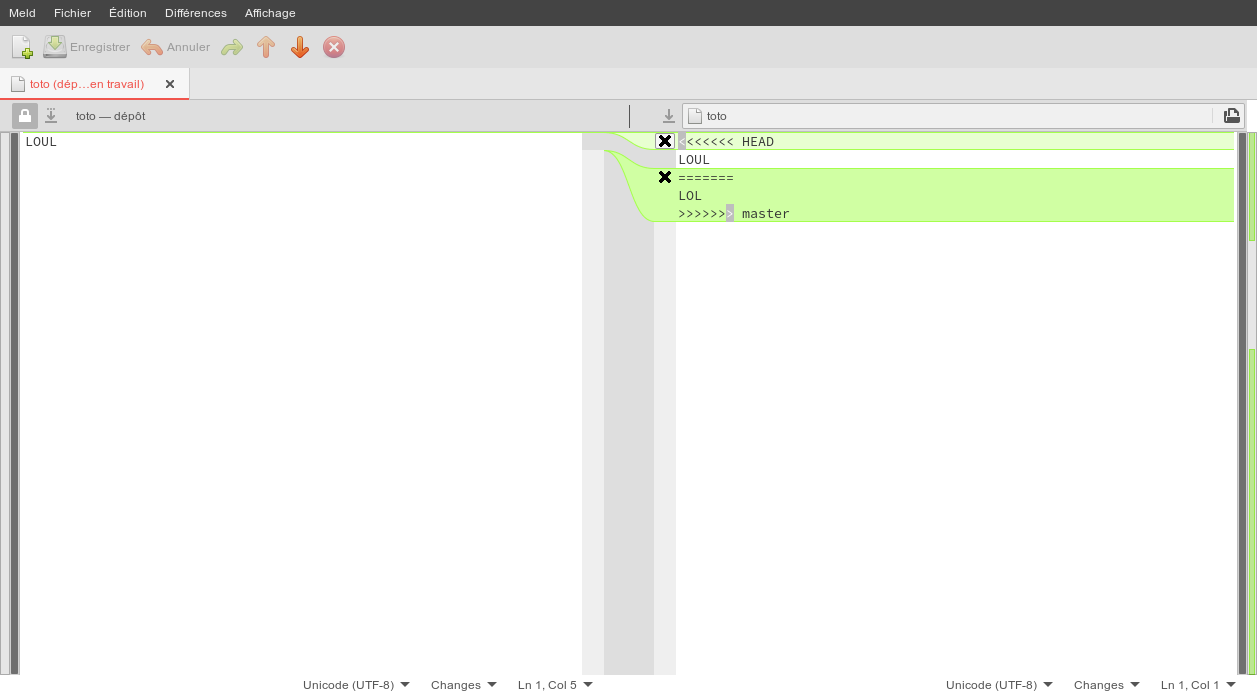 I would prefer to consistently get a three-way view whether I am invoking meld on a file or on a folder.