When I use the Windows build of Meld to compare directories containing files whose modification times are before 1970 (in other words, their time since the epoch is negative), the comparison silently aborts. An example screenshot is shown below.

In this example, the files in all the directories are binary identical and have the same time stamps. (The time stamps of the directories are different because they are not preserved when they are copied.) The file COLTAB1 has a modification time of ‎‎1851-01-19 ‎09:37:50. I'm not sure why it's that old, perhaps part of a copy protection mechanism - this is on an image of a disk from an old Windows 3.1 machine from the early 1990's.

Some other situations I tried:

So it seems that negative timestamps and Windows are both required.

A couple of other observations:

Here is the screenshot: 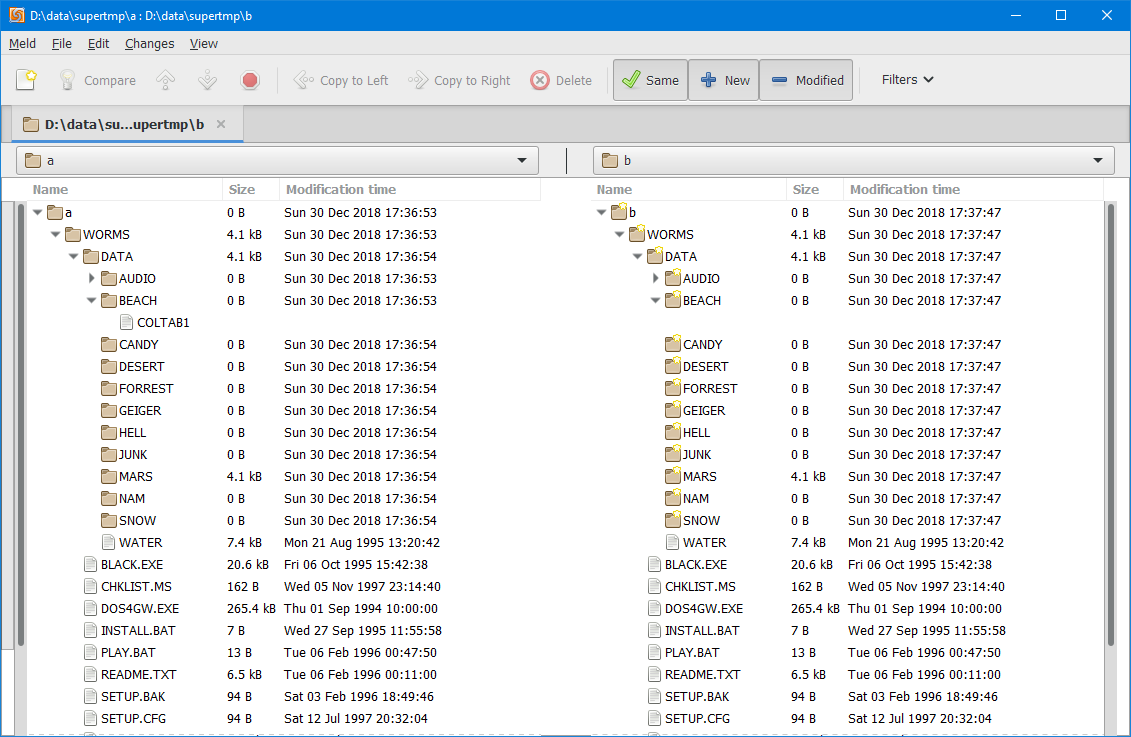 Here is a listing of the directory expanded in the left pane. The corresponding directory in the right hand pane has the same files. What's more, the other subdirectories (CANDY, DESSERT, ...) show up as empty despite also containing files.