Kerning issues in some gtk apps

I've noticed a lot of gtk based apps have kerning issues, some words which have very obvious issues are "data" and "video".

the issue is most prominent on HiDPI displays, though is still noticable on 100% scaling

Apps that can be used to reproduce

Apps that do not have the issue 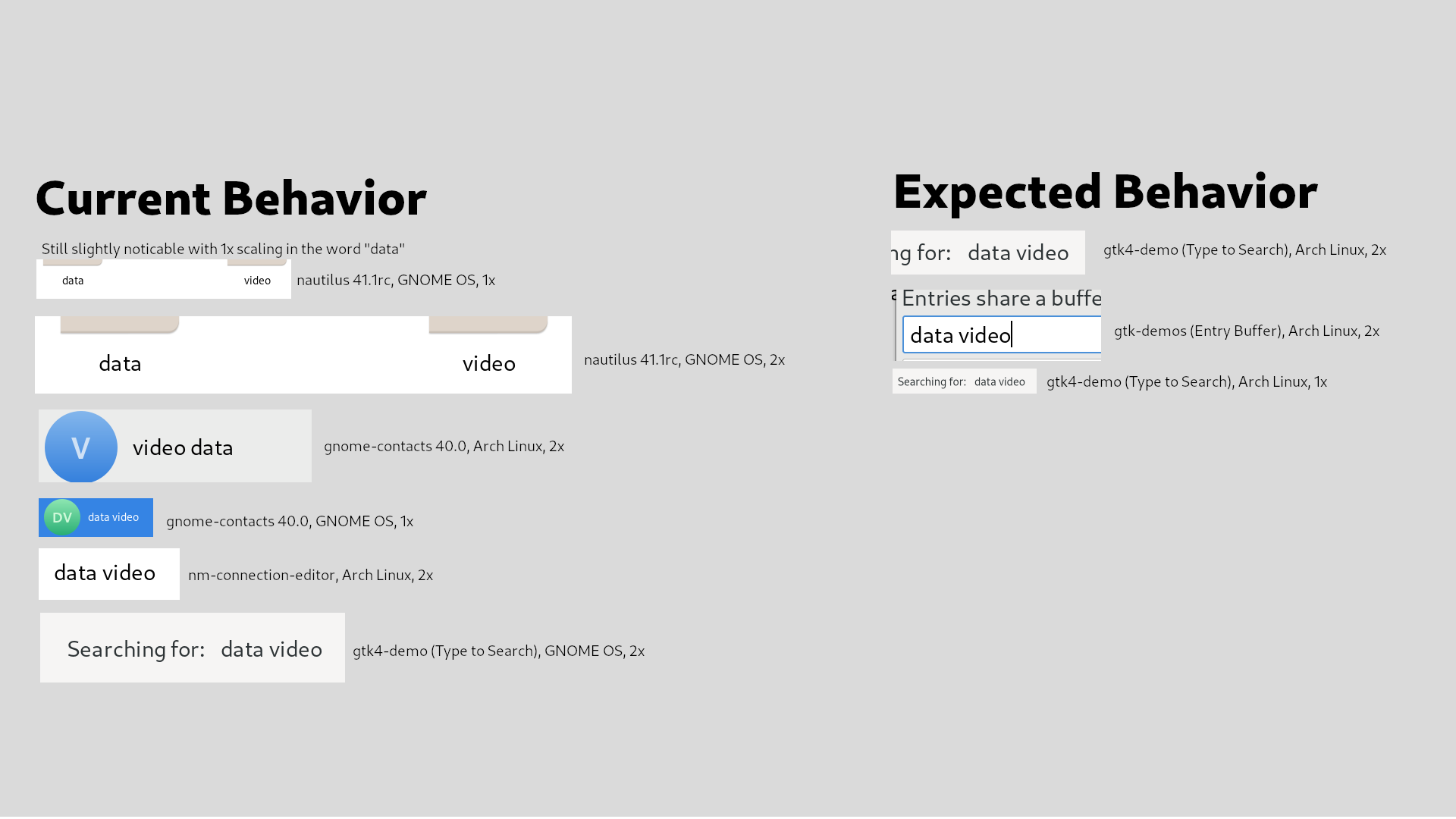 I've not been able to isolate variables which cause this issue. eg. It happens in gtk4 but only on GNOME OS. I'm hoping posting this here will attract attention of people who know a lot more and may be able to isolate these variables.

The words "data" and "video" should not have weird spacing in the middle of the word!

Sorry about the poor quality of this issue, I'm not someone who writes with gtk and I would have no idea where to start debugging this, so I just listed a bunch of examples which this bug occurs. I was directed to report this bug on GNOME Matrix.