The below screenshot shows the + Other Locations (+ Andre lokasjoner in Norwegian) view in the Save As dialogue box that appears when attempting to save a random e-mail from Evolution. Three different WebDAV accounts are shown in the main pane to the right. 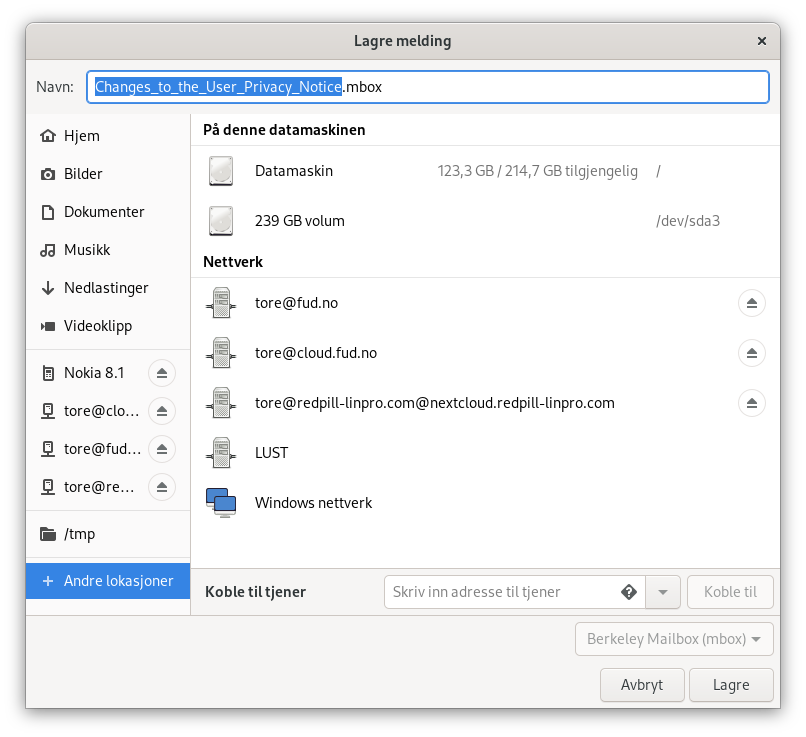 After entering one of the WebDAV accounts shown in the previous screenshot and descending into a few steps into its folder hierarchy, the dialogue box looks like this: 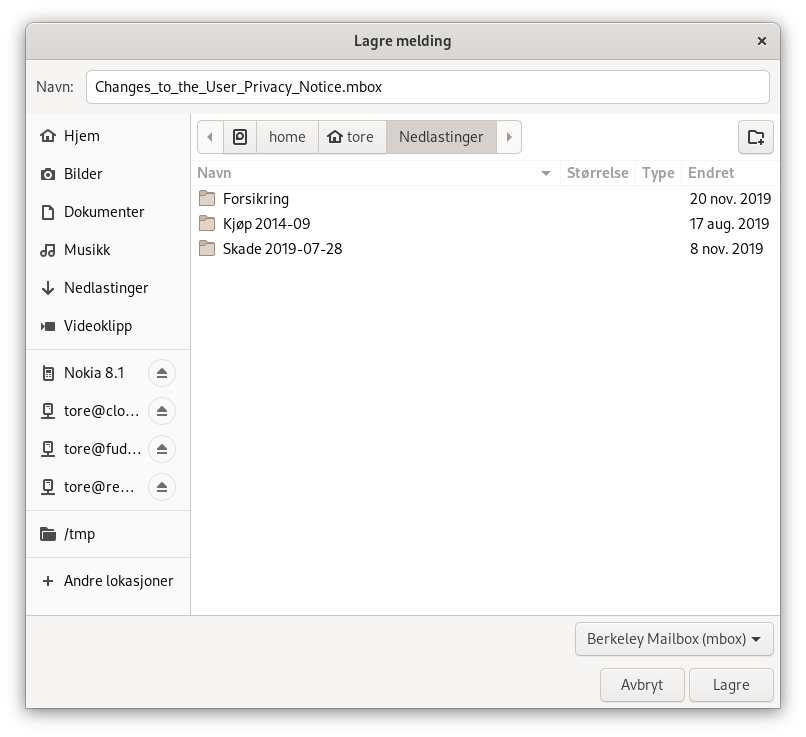 Note how the parent folders bar consists of buttons for / (icon), home, tore and Nedlastinger (Downloads in Norwegian).

/home/tore/Nedlastinger is my default download location (i.e., $XDG_DOWNLOAD_DIR). It was preselected when the dialogue box first appeared.

The parent folders bar should have changed to accurately reflect the location within the WebDAV account's folder hierarchy, as Nautilus does. The below screenshot shows how Nautilus looks after having navigated to the exact same location as in the previous screenshot: 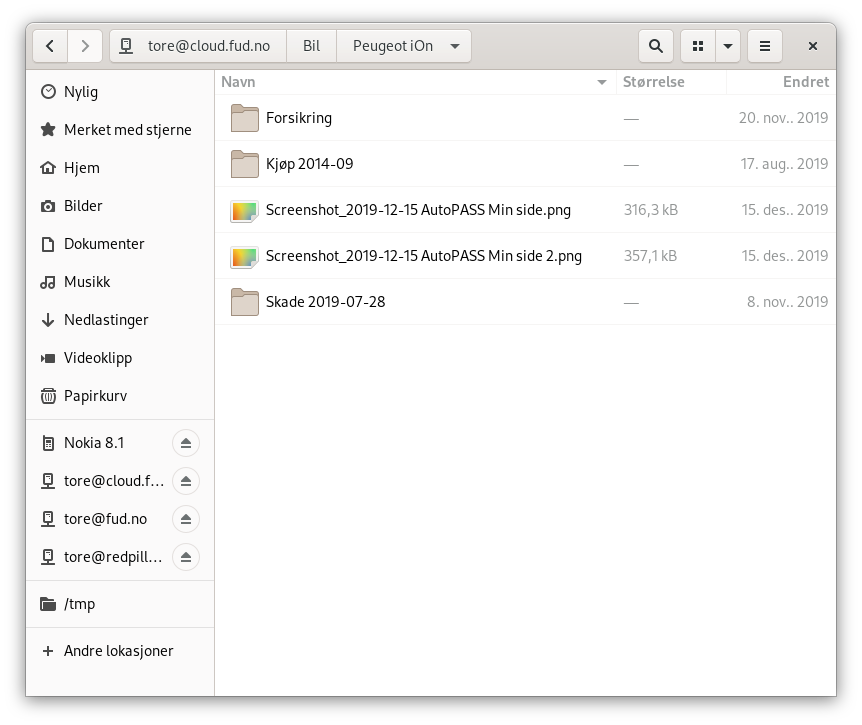 Observe how Nautilius's folder bar consists of buttons for tore@cloud.fud.no, Bil and Peugeot iOn. This is the expected representation, as the folder contents shown is that of /Bil/Peugeot iOn/ within the Nextcloud account tore@cloud.fud.no.

The bug makes it impossible to navigate to parent directories within a WebDAV account. For example, in the screenshots above, I had navigated to /Bil/Peugeot iOn/. Because the folder buttons bar does not reflect this, I cannot navigate back up to /Bil/. In order to access this parent directory, I will need to start over by entering the root of the WebDAV account.