When configuring large fonts (e.g. for accessibility reasons), dialog boxes get bigger, and quickly enough they can become larger than the screen size, and thus some part of them become unreachable to the mouse, see for instance the orca setup box 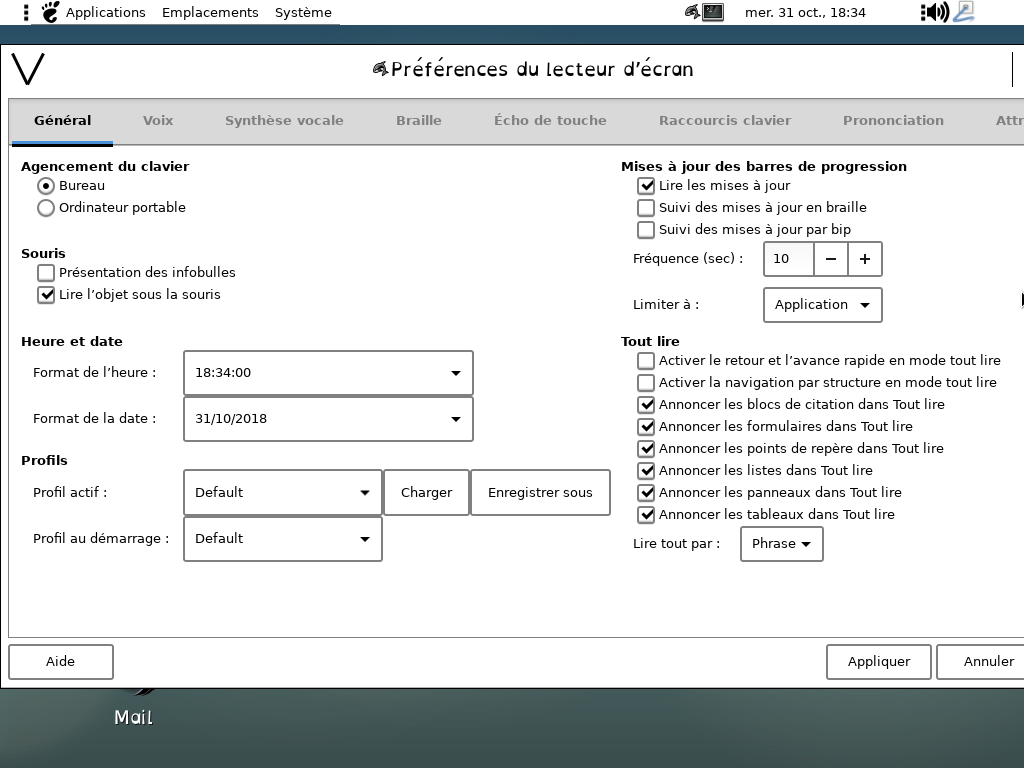 . Teaching users to use alt-drag to move the dialog box is not really an option since that's yet another thing they'd have to learn before using a computer, which we'd really rather avoid. Ideally, in such case the gtk frame should avoid extending its dimensions beyond the screen size, and instead introduce standard scrollbars to be able to scroll among the content of the dialog box, just like we have with webpages inside firefox etc. Could that be considered in gtk so that the issue is avoided in all gtk applications?