Whenever a new network connection is established using a WIFI adaptor, the Network speed graph doesn't show it correct instead shows a 2GiB/s smooth peak. 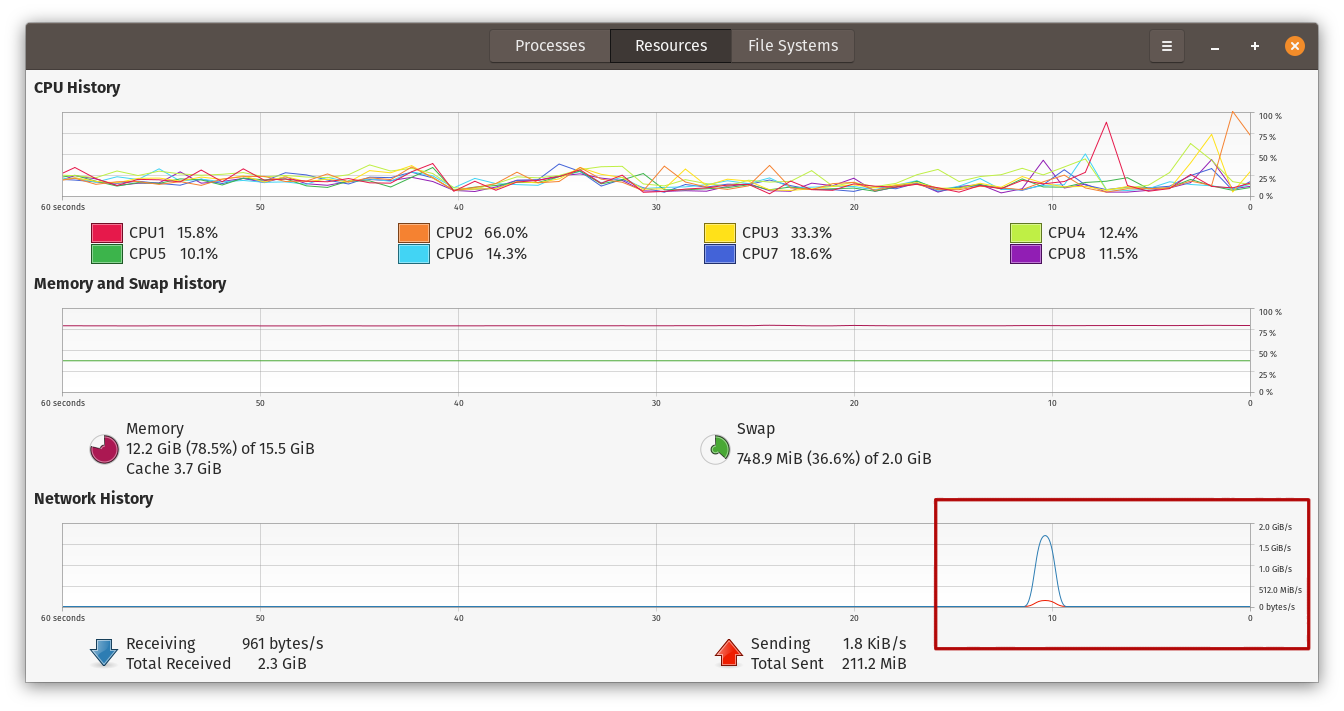 The fact that the wifi router to which connection is established can't have more Bandwidth than the maximum bandwidth supported which is around 50 MiB/s. This is the fact that is being used to say the shown report is Incorrect. Also I myself have made a system monitor in python which uses the "psutil" module for data collection, doesn't show the peak of 2GiB/s but instead, show something is KiB/s.

PS: In my city getting a speed of 2 GiB/s is impossible.