On modern CPUs, such as my laptop's fake-octa-core Intel i7, having no decimals in the CPU column makes it difficult to see how much CPU one process is effectively using: for example, an usage of 10% on a somewhat powerful octa-core system is a huge usage, and having no distinction between 0.01% and 0.9% of CPU usage for an app is not practical and makes ranking by usage quite useless. I think one or two digits of precision wouldn't just make the column nicer, but have a practical value as well. 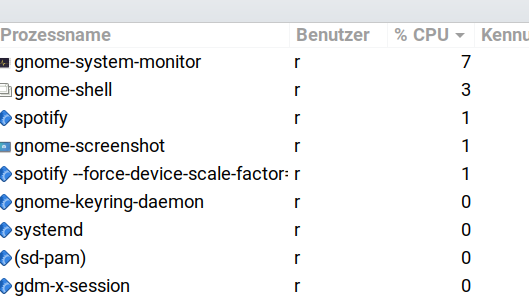 Also, one decimal is shown for each CPU's usage in the Resources view.