Up until Gnome 3.38 adding an app to favorites did just that - added it to the favorites list displayed on the dash or in a menu extension. Since Gnome 40 this also removes the app from the app grid, which is supposed to show all the apps on the system. The logic is understandable, but it's counterintuitive for anyone who's been using any other DE or operating system in the last 30 years. People expect their app list to show all the apps they have installed, even the favorited ones. And if you wanted to hide something from the menu you can use Menu Libre or edit .desktop files manually. Currently, I know of no way to re-add a favorite app to the app grid.

And maybe, just maybe, there's no point in showing the dash in the app grid screen since by design it's assumed that the user goes one level deeper into the app grid if the app they're seeking is not among their favorites. And if you presume a user might change their mind at any moment then why not keep all the apps in the app grid in the first place? This concept has worked flawlessly since Windows 95. The current GS design forces users to look for apps in two different areas, defying the purpose of the app menu/grid - to show all available apps. People are used to this paradigm on iOS, Android, macOS, Windows and any Linux distro with whichever DE they opt for up until Gnome 40. There might be a justified use case for a new paradigm, but people should still have the choice.

The app icon to remain in the app grid while simultaneously appearing in the dash.

Adding an app to favorites should not remove the app from the app grid. This could be dove via a toggle in Settings or Tweaks to show/hide favorites in app grid, or through a setting in dconf for those who really need it. 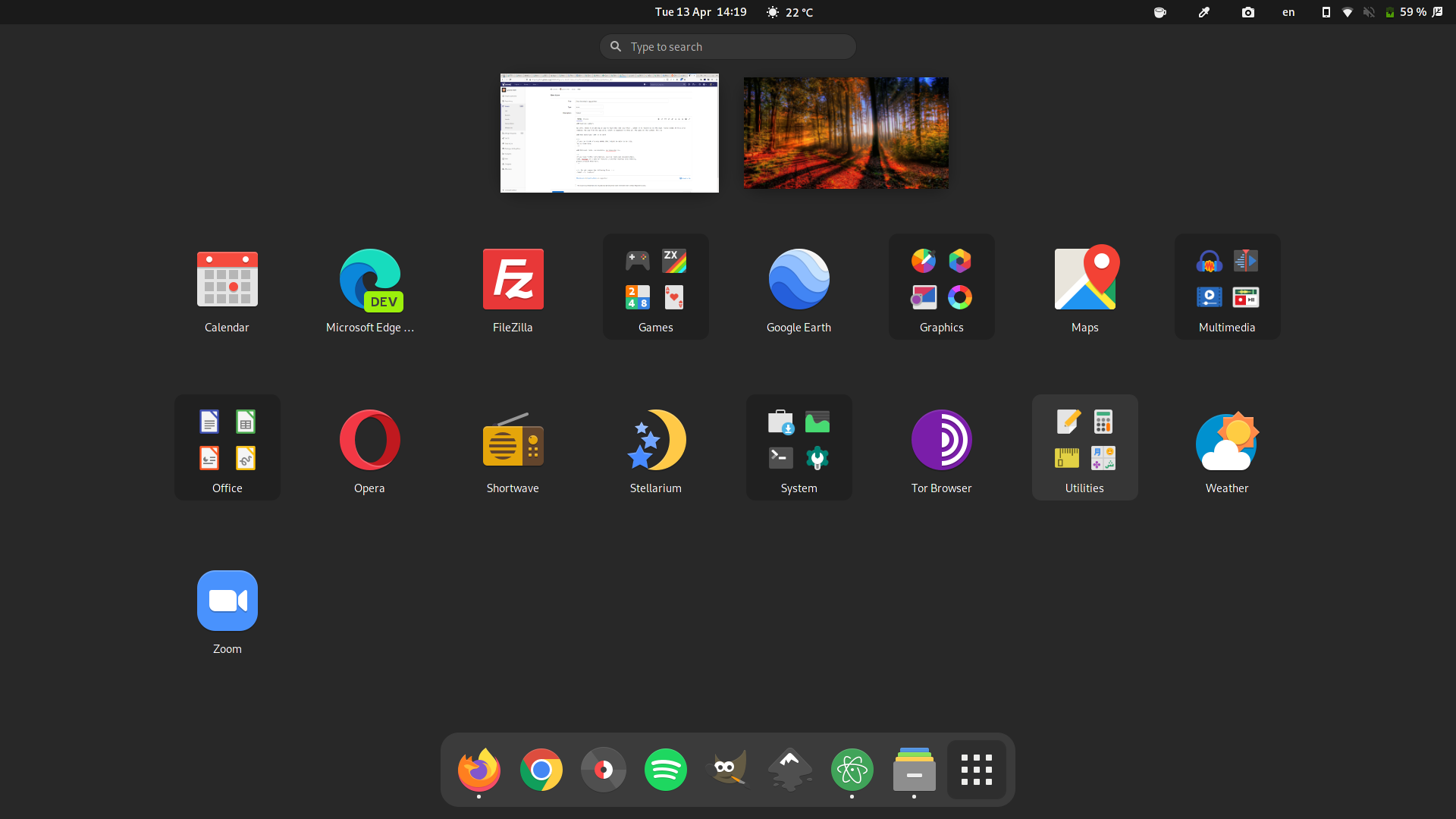 None of icons in the dash appear in the grid.