When running gnome-shell under Xorg, with a non-default gtk theme selected in gnome-tweaks, the theme is not maintained across restarts of gnome-shell with alt-f2 + r

New GTK windows opened after restarting gnome-shell have the Adwaita theme. Existing windows remain with the old theme. Switching GTK themes in gnome-tweaks has no effect on any windows. Same seems to apply to the icon theme. Custom shell theme is maintained, however. 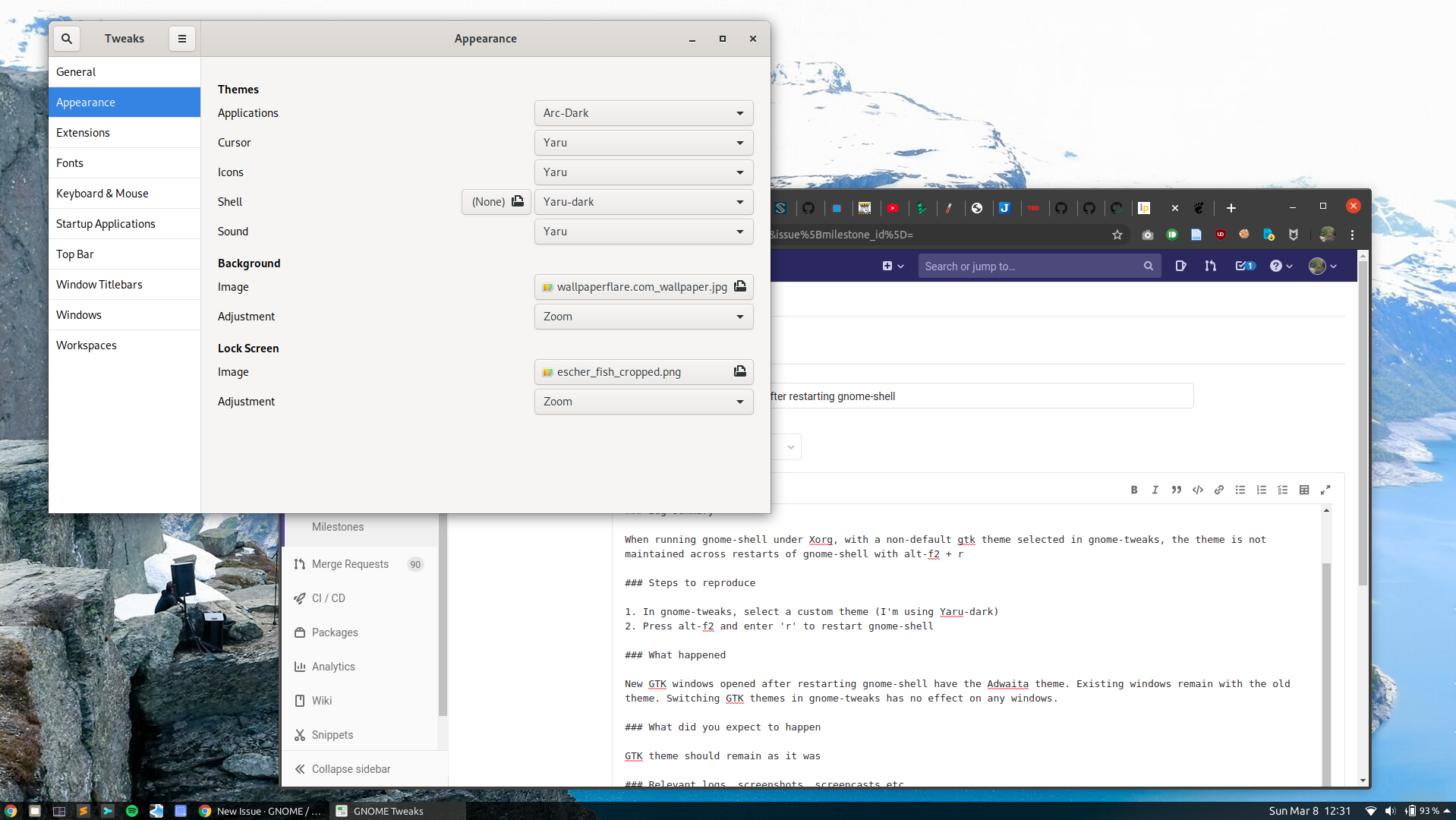