The problem is apparent with a slow connection. When clicking the Turn-Off button, the menu highlights in blue that it is clicked, but then the interface is unresponsive until the disconnect completes. This should be an async operation and not freeze the interface while networking catches up.

I have tried to take a print screen of the interface while it was frozen, but the print-screen hotkey is also not-responding.

Attached a print-screen of which Turn Off button I am referring to. I am running Gnome Shell under X as Wayland introduces input delay from the touchpad. (another issue to be reported) 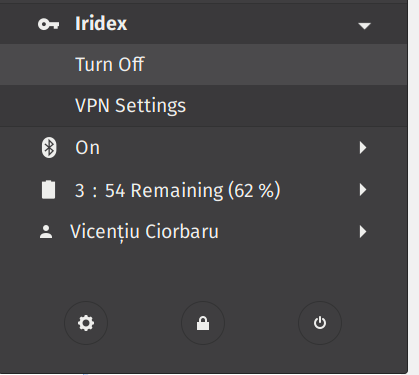