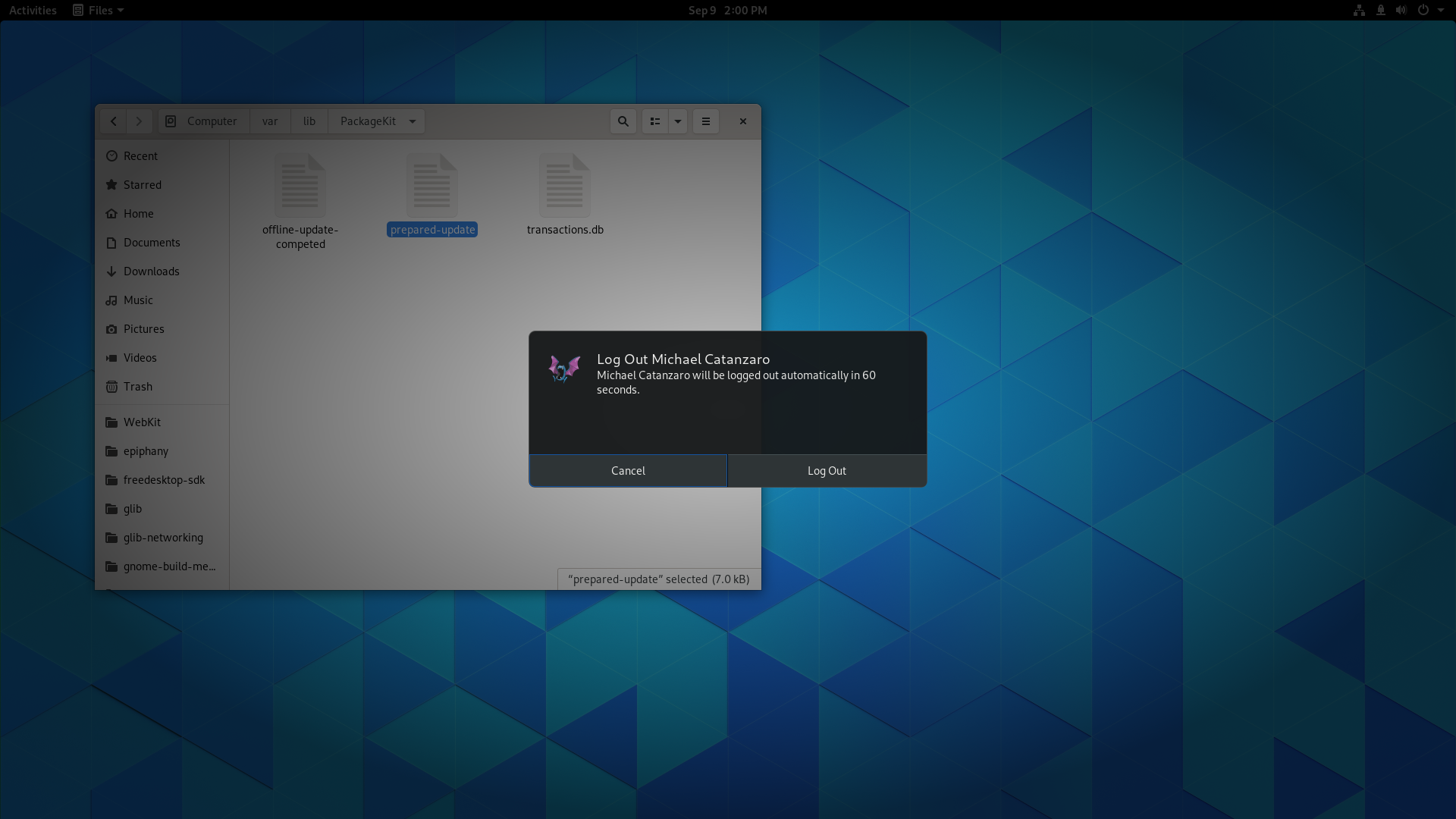 PackageKit has a prepared update, so gnome-shell should offer it on the shutdown dialog. Right?

It seems that gnome-shell remembers that an update is prepared for the first couple hours after PackageKit first prepares it, but after a couple hours, it forgets. So by the end of the day, when I'm ready to shut down my computer, the update is not offered.