The new photo import feature works, but parts of the process feel ambiguous, as a result of both implementation and design issues. It would be good to try and resolve some of these before 3.28.0.

If the device doesn't contain any new photos, it still appears. It would be better if only devices with new images were displayed.

The step where photos are selected for import feels ambiguous:

Also, none of the images are selected by default, and there's no obvious way to select all. Importing all the new images, or most of them, is going to be the most common action.

My suggestion would be to do the header bar like:

One way to resolve these issues might be to change the title and the action button label, and to add a description of what will happen. We might also decide to use thumbnails for the albums and not require creating one. 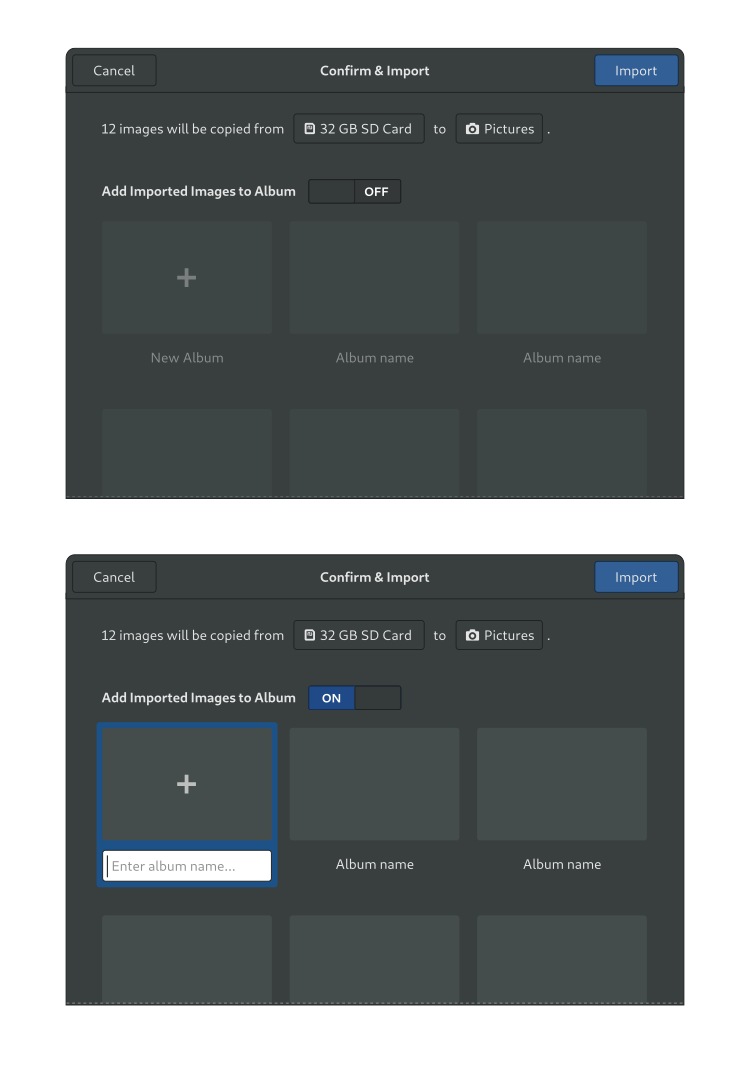