There are four kinds of playlists:

Support and interaction with the player are in a good shape. It supports the following operations:

They work but their integration with the player is broken. No per song operation. One can only refresh the whole playlist each time a new song is played.
It's impossible to know precisely which content of a Smart Playlist changed. For example, if the playing song from a Smart playlist is removed, one cannot correctly update the PlaylistView.

There are two different codebases and logics to update playlists:

A possible solution would be to adapt the user logic to smart playlists. One would need to get the following information from a smart playlist: song added, song removed, position changed.

Playlists logic is supposed to be handled by playlists.py. It needs to be rewritten. There is also some logic inside playlistview.py. It should not be there.

@carlosg has some ideas on how to improve Tracker + Smart Playlists interaction.
The main idea would be to be notified on a Smart Playlist change and to get only the modifications: 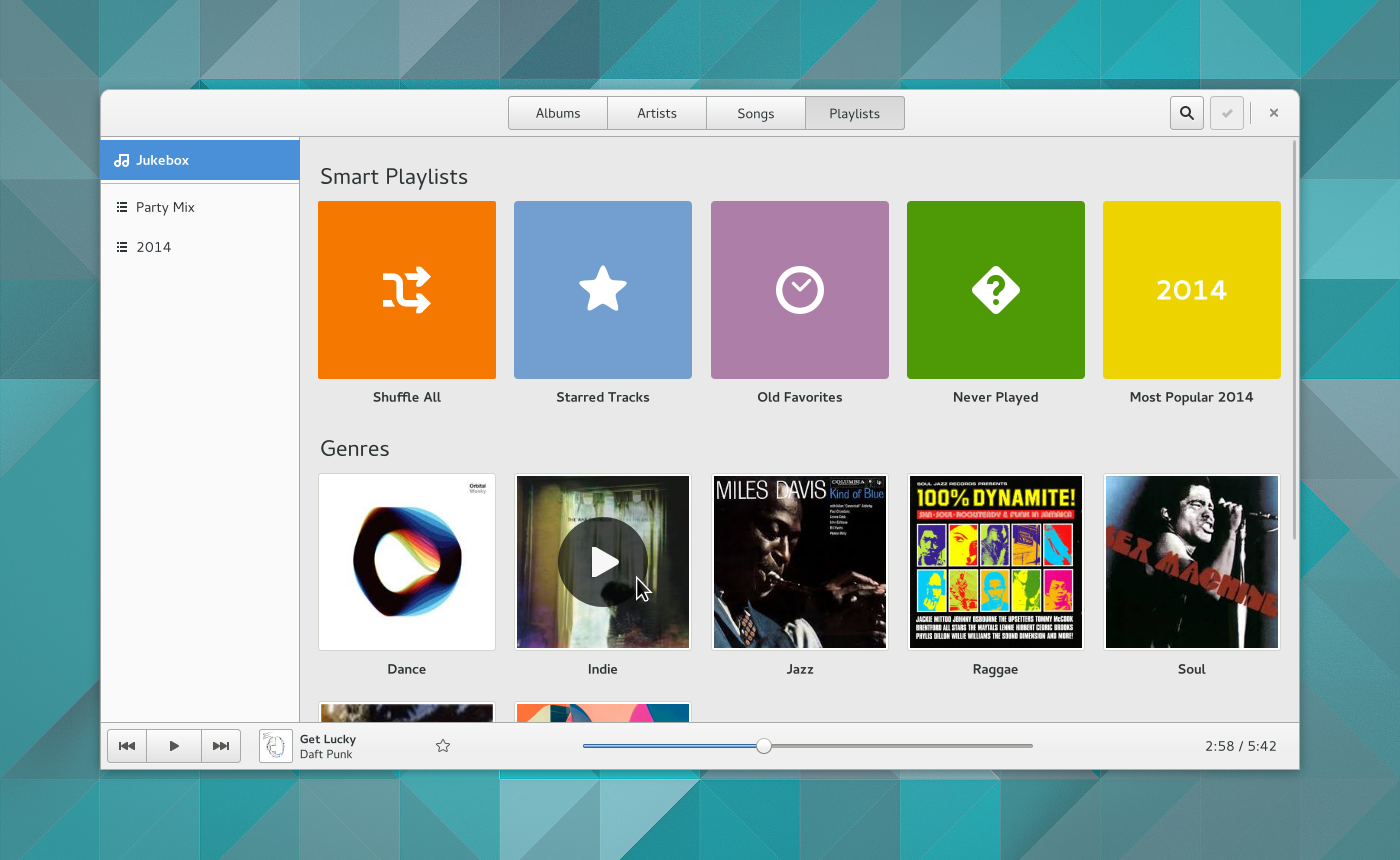