when displaying an album with the tracklist, there is a scrollbar if the list is too long, but i'm unable to scroll from the touchpad unless the pointer is directly above the list.

See attached screenshot, where the pointer is, I cannot scroll; I need to move the pointer to the left. I would expect to be able to scroll there. I actually thought I was completely unable to scroll until I realised I needed to be on the list itself (but I expect most other users to be confused by this). 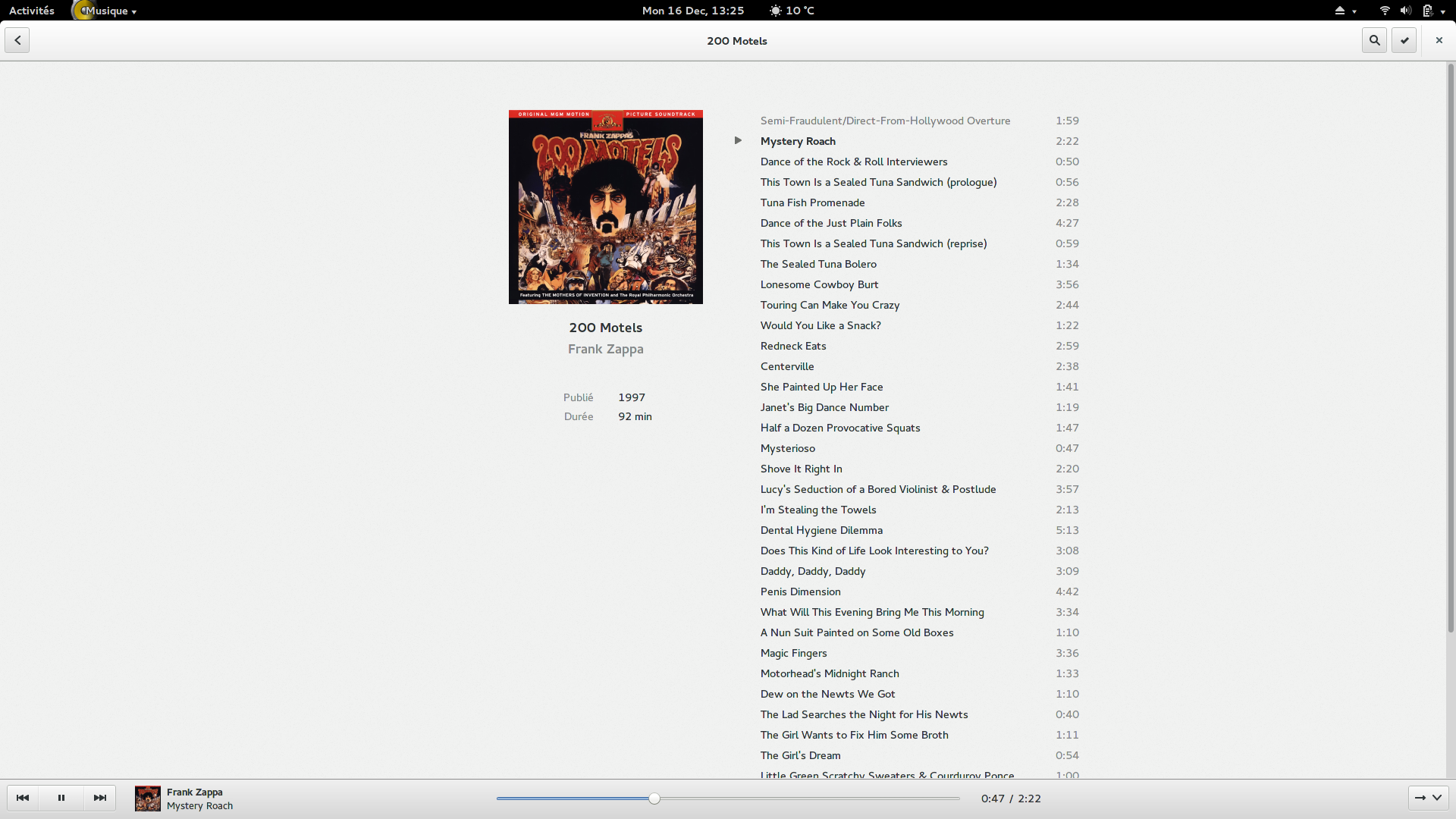