In Ubuntu 12.04 64bit under Unity the conme-commander cannot be used with quick search. As soon as a letter is typed for the quick search, the commander opens a small window and puts the letter in it, then this window freezes and cannot be used for further letters. In the left- or right tab window the possition of the first line that matches the letter is high lighted but the cursor remains on the actual position.

On the example attached, you can see that the typed letter was an r and the line containing the directory ri is highlighted, but the cursor is still on the direcotry called pw.

The windows called Suche [r ] can be closed by klicking it with the mouse. 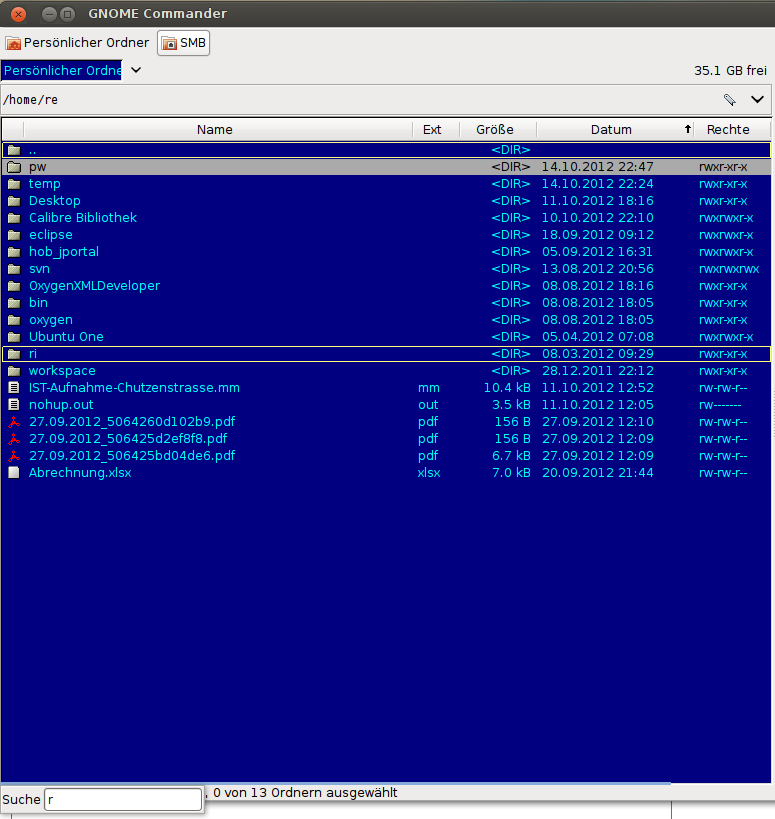