I want to discuss the possibility to include code actions from language server protocols into GNOME Builder. First of all this is a proposal. Because i don't know the details for further enhancements of GNOME Builder in general i think its important to align with further goals.

Some Language Server have the capabilities to provide code actions for their clients. These actions go into several categories:

A client requests code actions with a range (which can be a position in the document or a selection range). The lsp calculates possible code actions and response with a command or a list of CodeActions.

A client can now present possible actions to the user. For example VS code shows them like (note the yellow bulb)

They pretty much ddos the language server with every change of the cursor. Maybe this is too much but this should be subject to elaboration.

My proposal is to create a new Interface for code actions 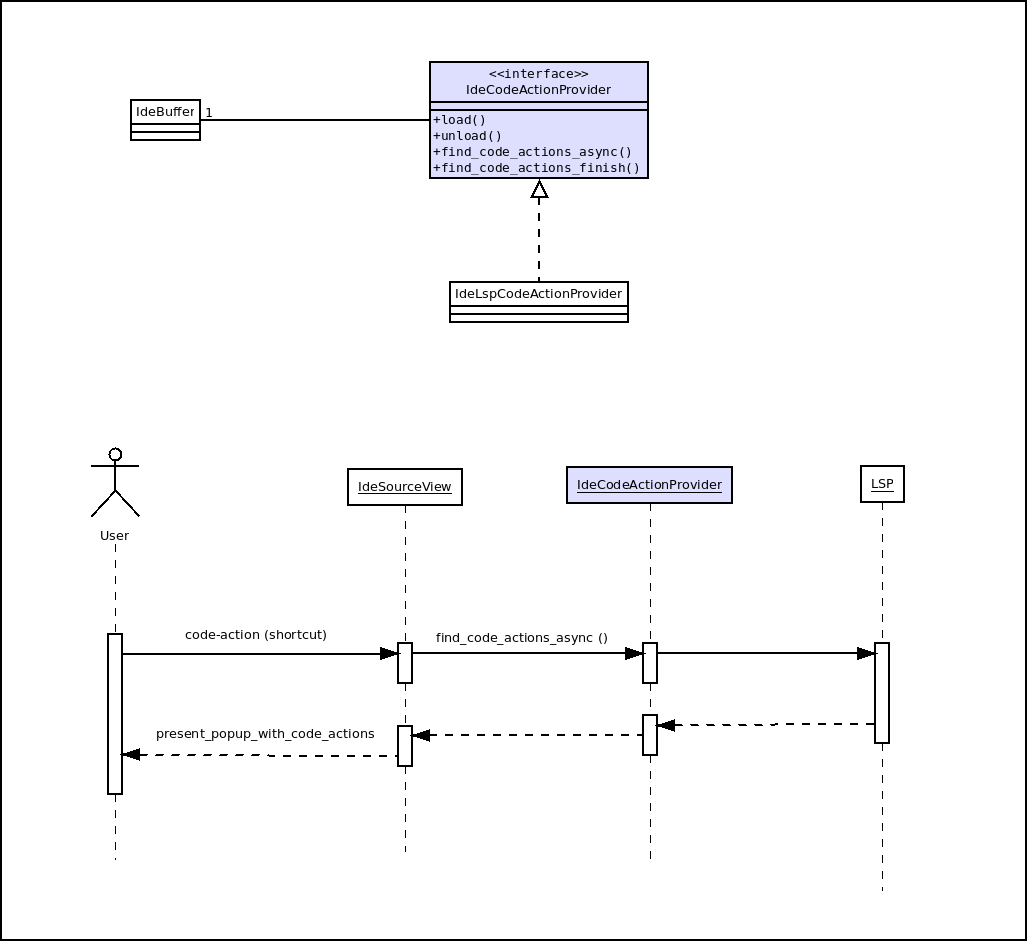 The first implementation should be triggered by shortcut and the next trigger possibility could be a gutter symbol (similar to diagnostics today) but this needs some additional work. The new interface is a LSP only element therefore i wanted to discuss if there are additional refactoring planned which could be covered by this new interface too?