Integrate with https://openqa.gnome.org/ to automatically test the iso-installer image using OpenQA and KVM.

OpenQA is designed to work with a bank of dedicated test machines. Gnome-build-meta uses transient Gitlab CI runners. To attach the transient CI runner to the OpenQA server as a worker, the test-iso-installer-x86_64 job does the following:

OpenQA server expects to read tests and needles from the root of two Git repositories. The URL and ref is configured server-side and is shared for all branches and versions.

We have (ab)used CASEDIR setting so the worker reads the test cases from the local gnome-build-meta.git checkout. The OpenQA server cannot see these, meaning links in the web UI to the testcase source time out with 'Bad gateway' error. Upstream changes would be needed to improve this.

The same trick cannot be used for needles so these live in a separate repo.

Docker images are provided by the project. We found an issue with the image at registry.opensuse.org/devel/openqa/containers15.2/openqa_worker:latest (missing qemu-img) so are using a locally built version. The Fedora-based images linked here are 4 years out of date. Upstream issue: https://github.com/os-autoinst/openQA/issues/4102 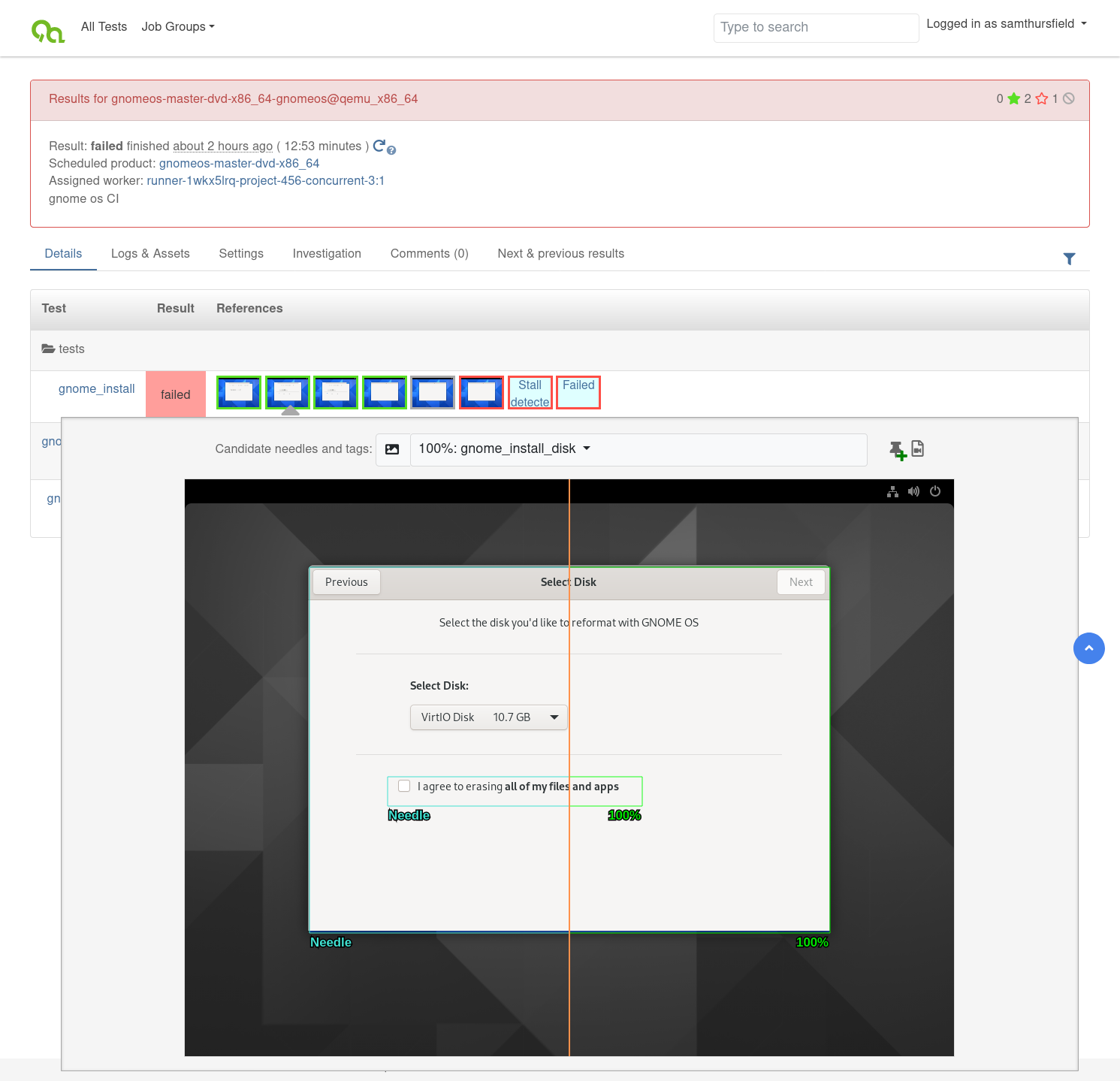