The bluetooth On/Off toggle does not work properly. Devices are not refreshed unless I select another settings option and return back to bluetooth.

Furthermore, when bluetooth is on, the devices list does not refresh automatically. Instead the refresh only happens when another menu item in the left is selected (such as wifi or backgrounds) and then return back to bluetooth menu.

Another problem is that often connecting to a paired bluetooth device fails very often. It momentarily connects and then disconnects a second later. Sometimes I am lucky and it stays connected.

To conclude, the bluetooth function is buggy overall.

Ive attached a screenshot that shows one of the problems.

Laptop details: Thinkpad x250 Arch Linux kernel: 4.14.13-1-ARCH It seems I have an intel corporation bluetooth adapter. Not sure how to verify.

Attachment 367132, "Bluetooth says its off even though its turned on": 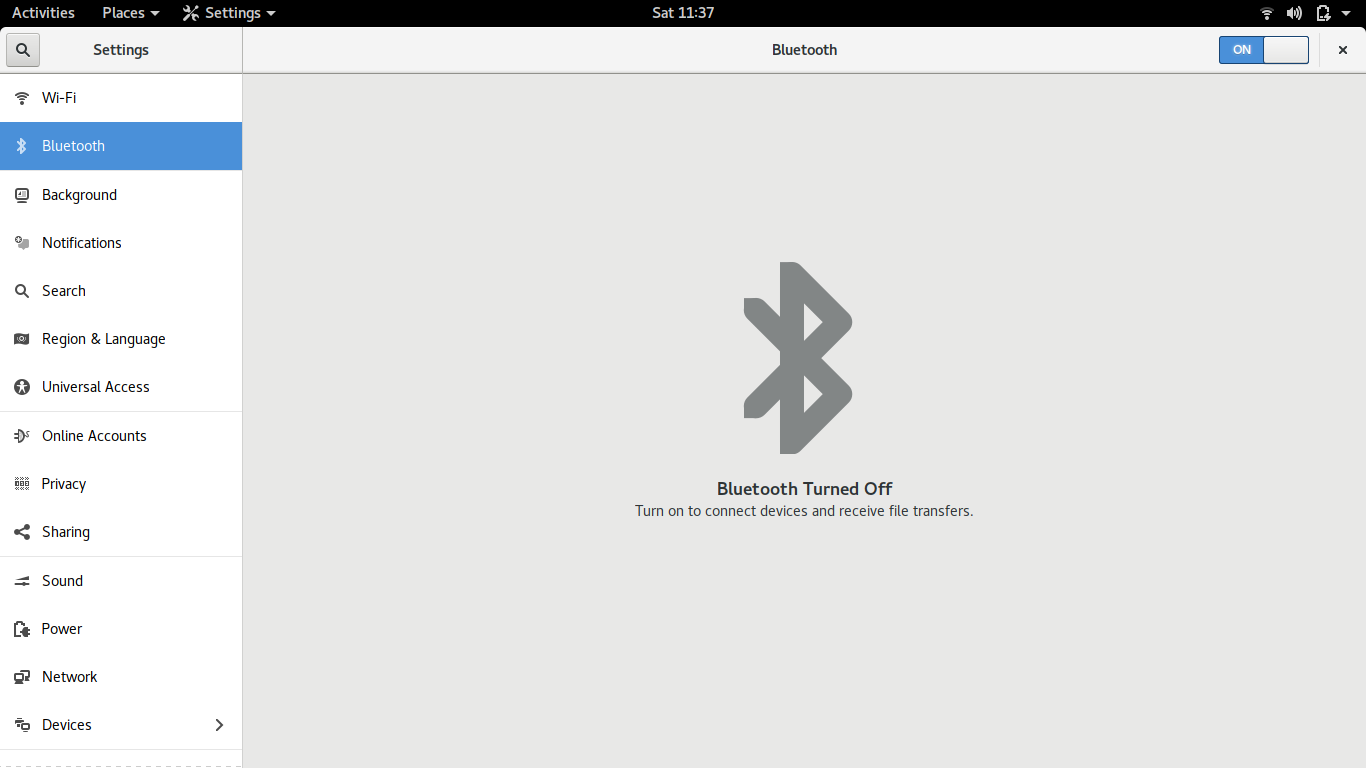