I'm the author of git-bug, a bug tracker embedded in git.

git-bug, as other tools with a similar idea, store data in git commit referenced by arbitrary references (more details). To not interfere with the normal coding workflow, these branch are named/stored outside refs/head.

I noticed that GitG list these refs anyway under "All commits": 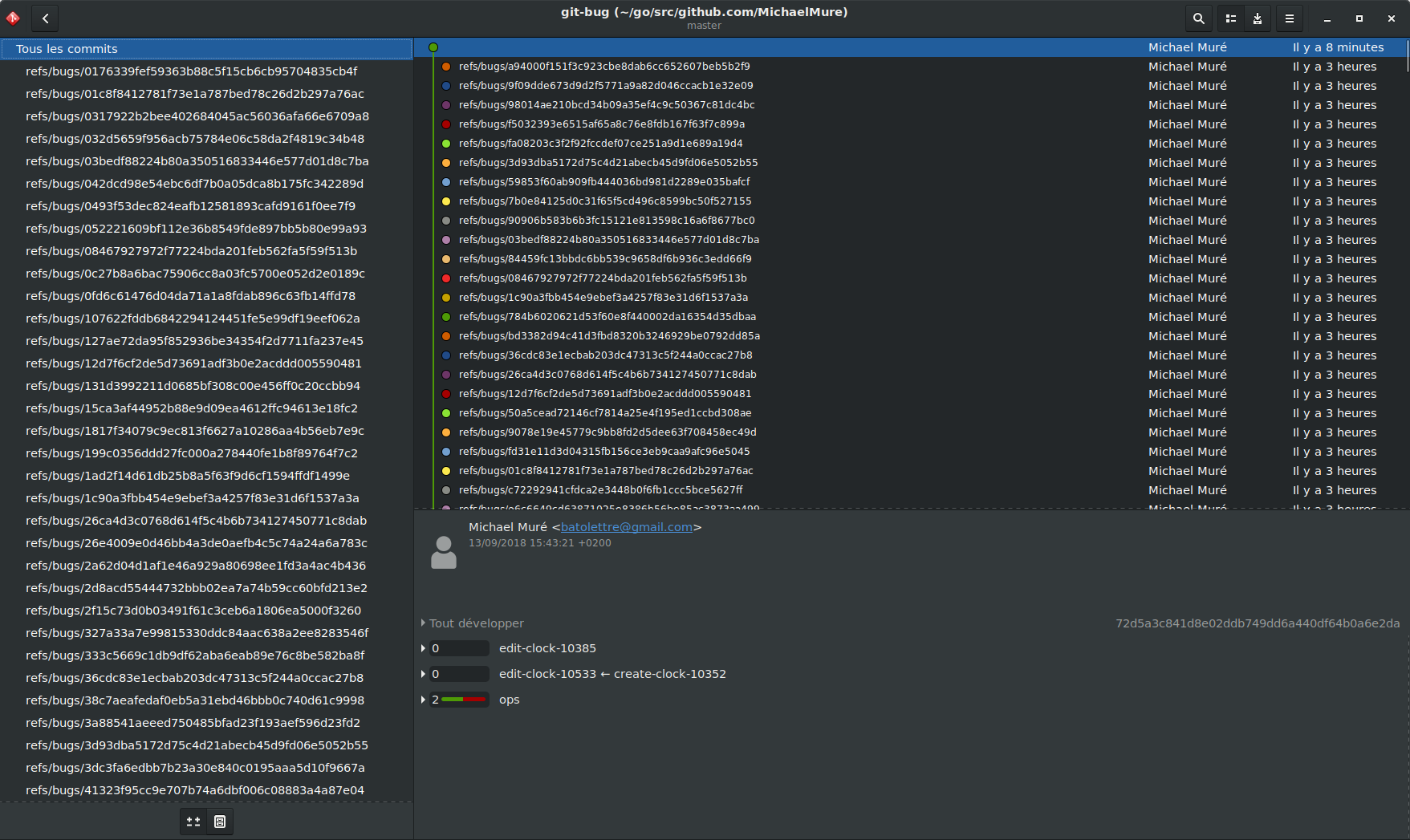 As the number of bug stored grows, it quickly clogs the history views and even make GitG unresponsive.

I would argue that as git himself ignore these references in the normal coding workflow (git branch doesn't list them for instance), GitG should do the same.