Tested with .dds, .png, .tga and .webp, the results are the same across the board.

This is an image of an alpha channel as it appears in GIMP: 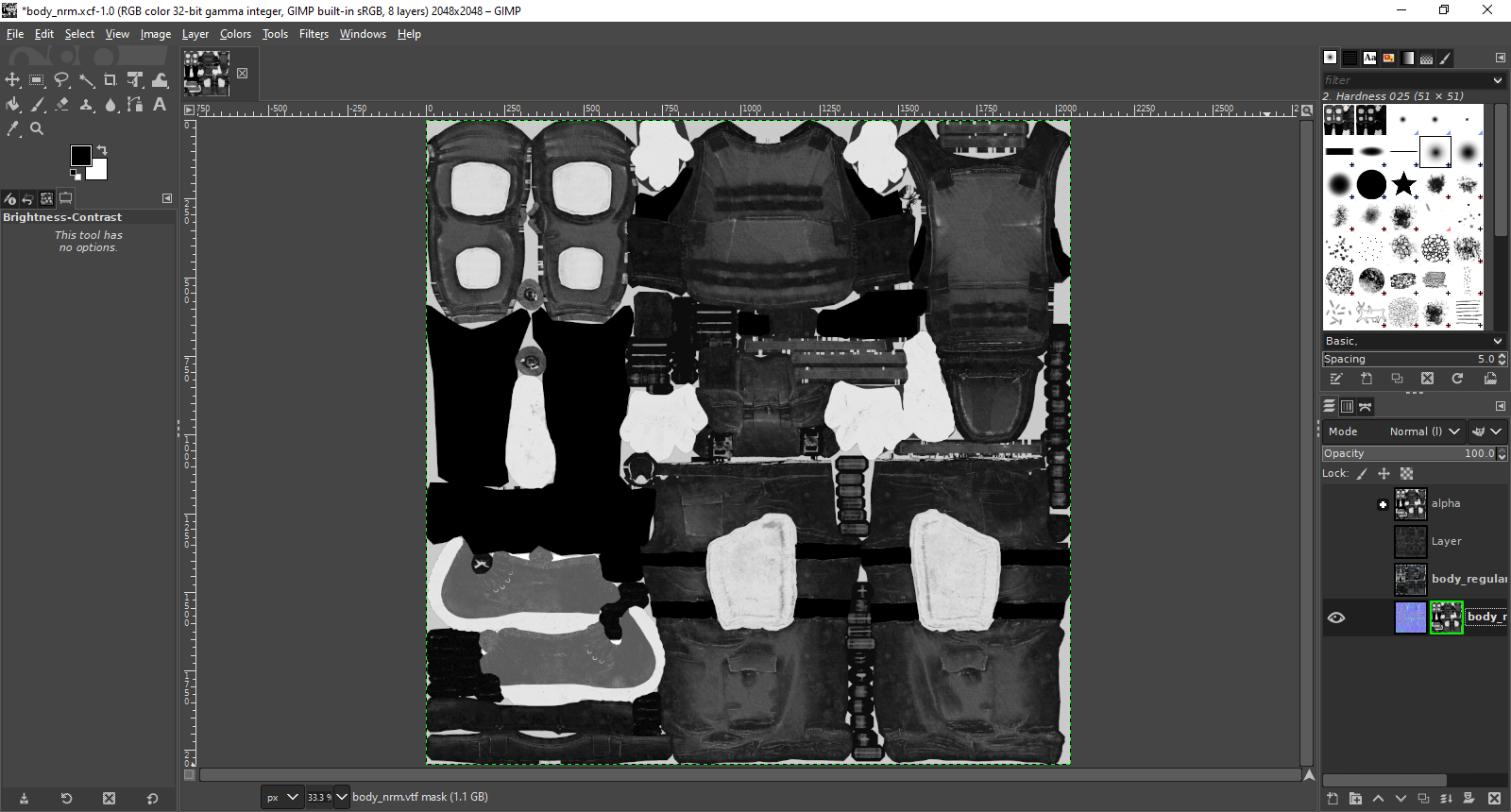 This is the alpha channel after export, extracted using XNViewMP:

Is the bug reproducible? Always

This issue has occurred since the initial release of GIMP 2.10. I initially downloaded and installed directly from the website. I've reformatted my computer entirely since then. The only way I've been able to successfully use GIMP 2.10 since its release has been by exporting the image and alpha as distinct images and merging them with ImageMagick.