The symmetry tool allows for input of decimals in its mirror point which the algorithm then uses to mirror what you draw. This leads to some strange behavior that seemingly offsets the mirroring which is very noticeable when working on pixel level.

This behavior occurs on both vertical and horizontal axis. Whenever the decimals are set above 0 it seems to average it up to move the whole pixel one step to the right.

Yes, Reproducible at all times. I can imagine the effect being less on images that uses fewer pixels though depending on how the calculations are done in GIMP for the mirror part.

Expected result: A perfectly symmetric mirroring of the things I draw on the left side of the guideline. 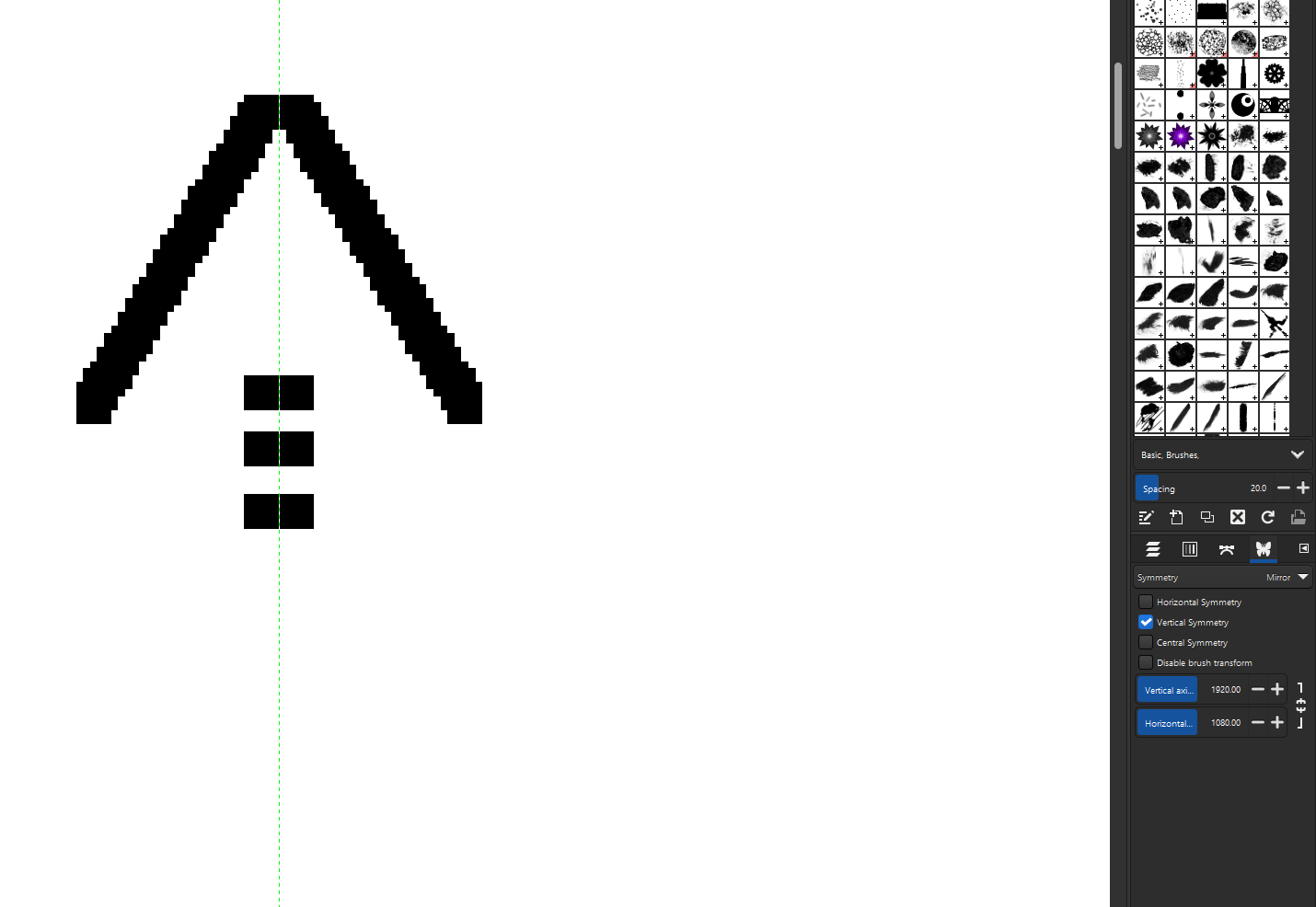 Actual result: The mirroring produces a slight offset. leaving a vertical "line" of white in the middle. 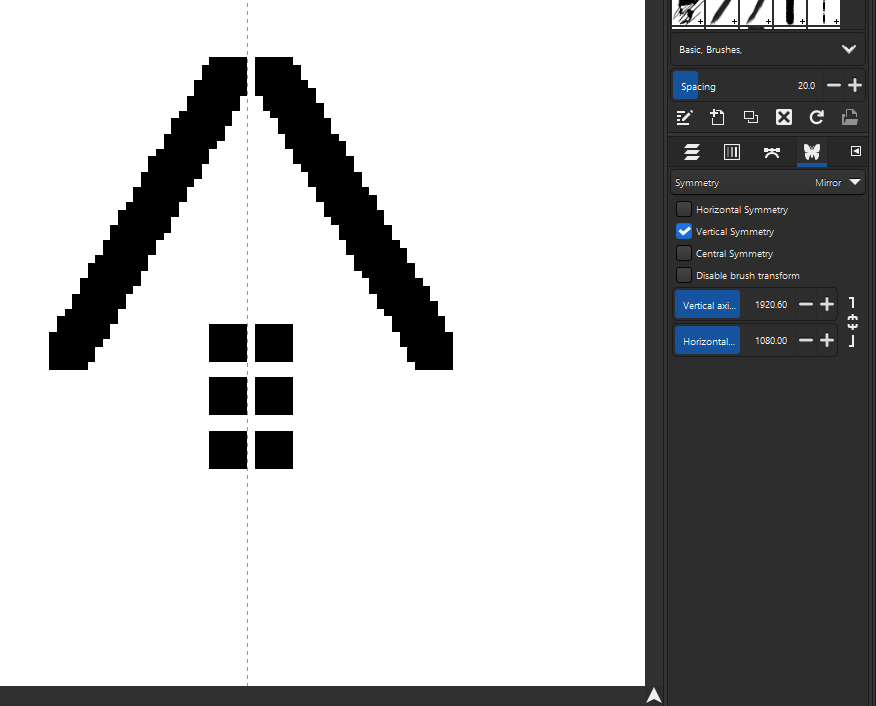 With mirroring on all axis active the result turns out as: 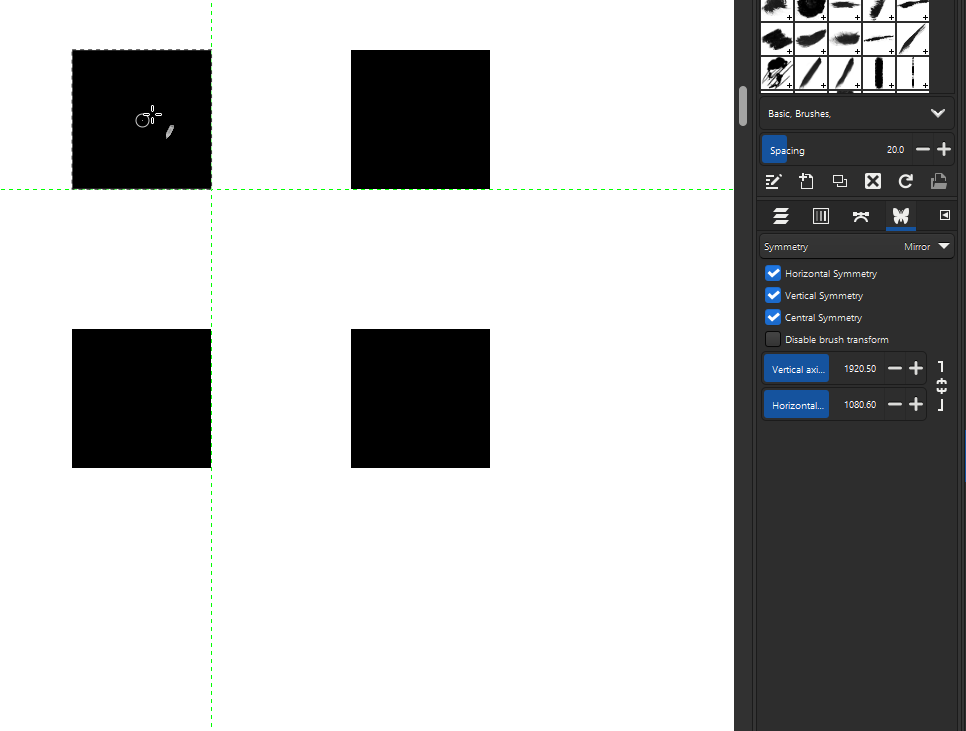 when it should appear as 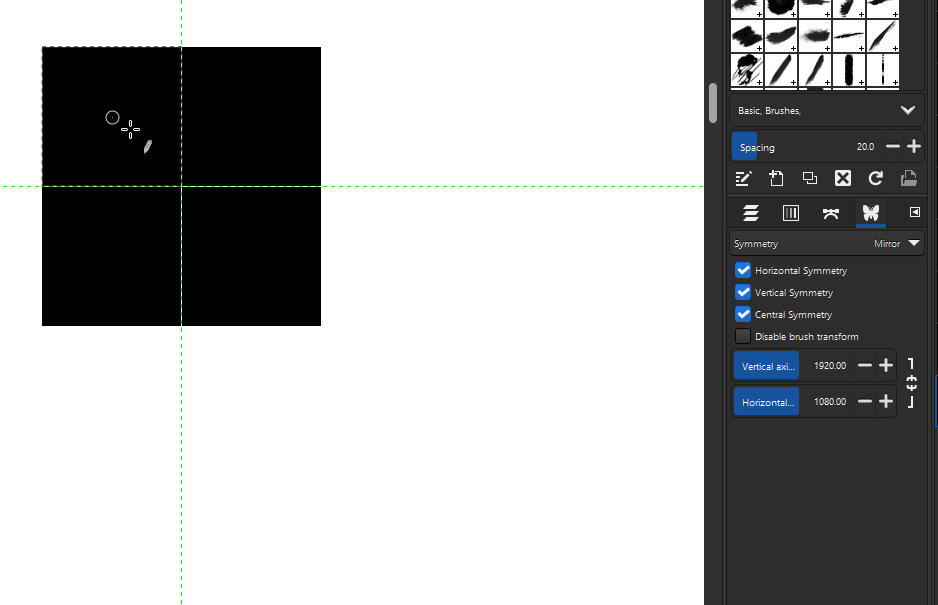 A very easy way to fix this issue would be to not allow decimals in the mirror input. Since the guideline dont represent the decimals, and mirroring pixels at decimal points overall makes little sense.

If anything like this was actually found useful by someone, I would still suggest simply adding an Offset slider to the tool.