Export As stops responding after you press Export (probably in GTK, triggered by Stardock WindowFX)

Hello, I just installed GIMP on my PC because I was going to use it for .webp images however, I noticed when you export an image, GIMP just stops responding. I tried .png/.jpg and .webp nothing works. I have however tried it 7 times and it finally made a .jpg once but after that, it would not do it again.

I have no crash or anything like that. It just stays locked up. I left it for 20 min and still does nothing. Task Manager says GNU Image Manipulation Program is using 0% of the CPU so it's not even trying to export.

Not sure what its deal is, but all other editors I have work fine. 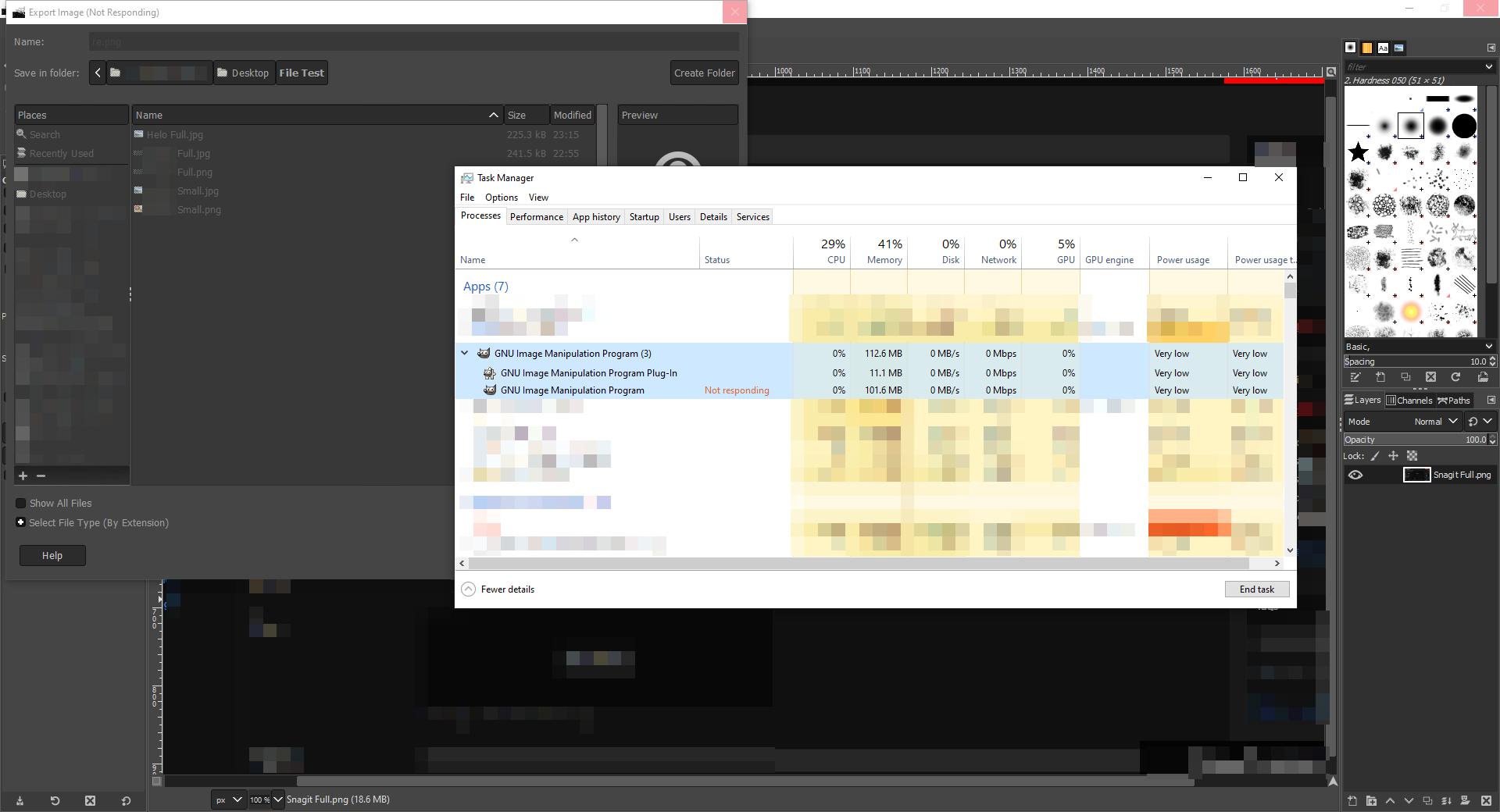