When attempting to use the file-gif-save2 procedure inside the Python Console (as the pdb.file_gif_save2 function), a RuntimeError is thrown with the message: Operation not supported. However, using the procedure file-gif-save does not cause this Error. 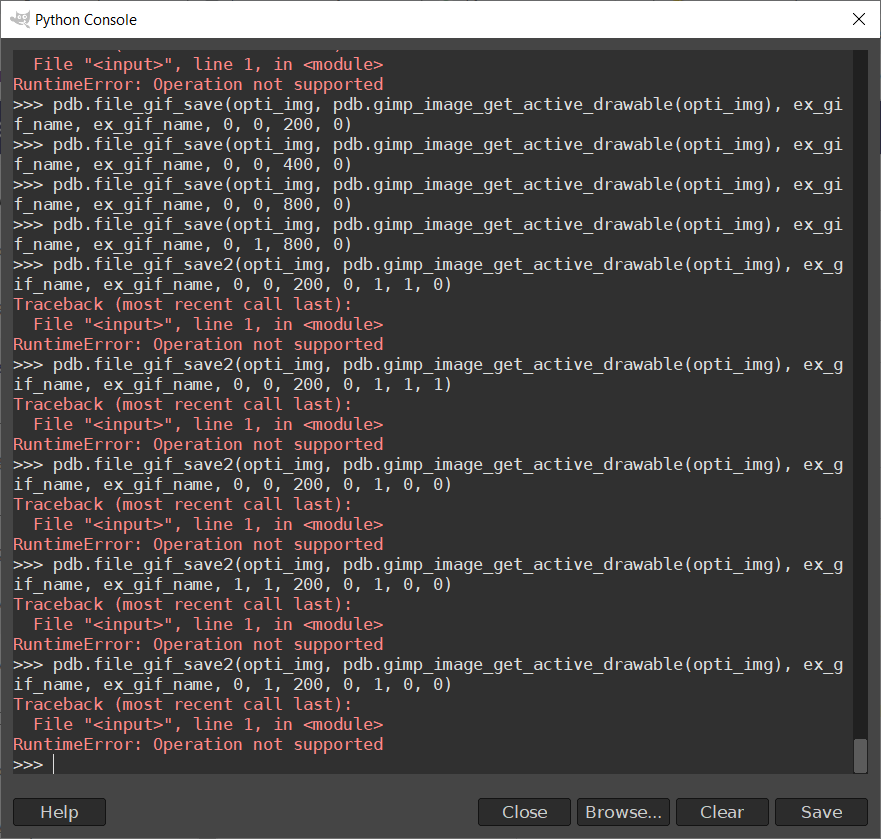 The image attempted to be saved as a gif has around 39 frames, and has been converted to indexed color.

Is the bug reproducible? Always, at least so far. I've tried on 2 gifs, one before optimizing, and one after optimizing, with various other parameters as well. (The gif without optimization was still in RGB color, but both the color error and the RuntimeError: Operation not supported errors appeared)

Expected result: The function executes properly, and the image exports as a gif animation.

Actual result: A RuntimeError is thrown with the message: Operation not supported.

The script I am making I am hoping to use 100% from the command line, without having to open up any GUI from GIMP, to integrate animation making where the frames are generated by another program.

I am not sure if the additional information above belongs in a bug report, please let me know if I should resubmit without it.