On GIMP-2.10 updated through commit a19f0348 (babl and GEGL also updated), sometimes/often "Colors/Auto/Stretch Contrast" leaves portions of the image not stretched - looks like maybe a tiling issue. Here is a screenshot: 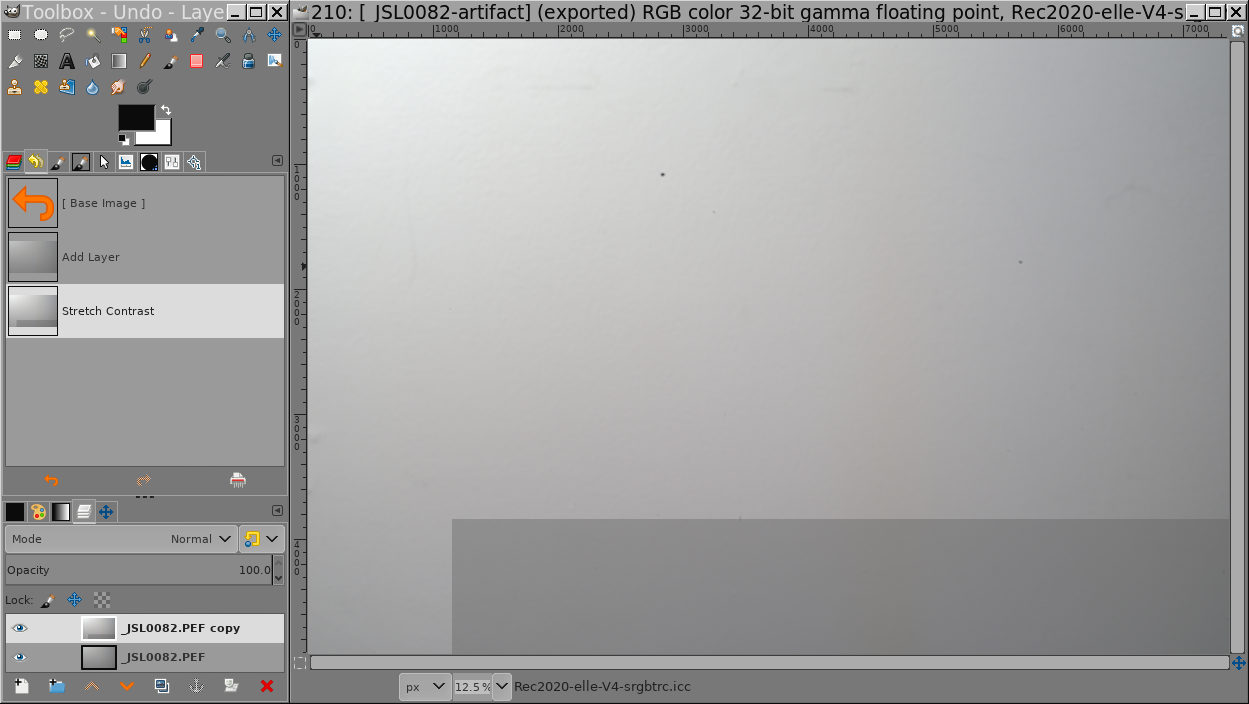 Exporting the "not all stretched" image to disk and opening the exported image shows that it's not just an "on-screen" error, rather part of the image simply isn't processed.

This happens often, but not all the time. The size, shape, and location of the unstretched portion varies.

"Undoing and then redoing" - I think sometimes more than once is required - does allow to process the entire image.

If it matters, the images I've been working with are 36MB raw files opened using RawTherapee via the RT-GIMP plug-in, sometimes opening several raw files in one GIMP layer stack.

So far I haven't been able to trigger the behavior for other GEGL operations.

Edit: forgot to say, this is on Debian Sid, updated some time in the last couple of months.