2X multiplier on the X-axis when drawing on the canvas. (Pen input cursor separate from drawing results)

Bug Description: Getting a 2X multiplier on the X-Axis using a Wacom Intuos S

Details: I'm using a Wacom Intuos S (Driver: 6.3.30-6 (Latest)) and Gimp 2.10.6 and the only settings that don't accelerate the brush to be twice as far as the cursor is setting the input device to "Window Mode" and that requires the cursor to be in the canvas to use the pen input. The scaling acts like this... If the cursor shows up at 100px to the left of the screen, it draws at 200px to the left of the screen on the canvas. This only occurs when trying to use the tablet as an input device, the mouse works fine but doesn't have the pressure sensitivity. I've set in the Wacom tablet settings to only track to screen 1 (of two) and even forcing proportions doesn't fix it. If I have it in the drivers, to use both windows, it works perfectly in GIMP on "Screen Mode" for input settings, like I would like it to be, but it restricts me to using only half the tablet. The second I try to map it to one monitor to fully use the space of the tablet properly, it starts scaling again.

Reproduction: Sadly, I don't know, I updated both GIMP and the Wacom drivers and everything has broke. A fresh install of both, uninstalling them and removing all files from Program Files and everything related in AppData still doesn't solve the issue.

Is the bug reproducible? Not sure how to exactly reproduce it, but it constantly happens.

Expected result: Expect a 1 (Y-axis) to 1 (X-axis) scaling from tablet to cursor on the canvas.

Actual result: 1 (Y-Axis) to 2 (X-axis) scaling from tablet to cursor on the canvas.

Additional information: Disabling Windows Ink Workspace and trying different USB ports doesn't solve this either. Using one monitor on Display Port and the other on HDMI, same exact model of monitors on an AMD R9 380 (Driver 18.7.1) This problem persisted on GIMP 2.10.4 as well.

This is an attempt of a perfect circle and a star. 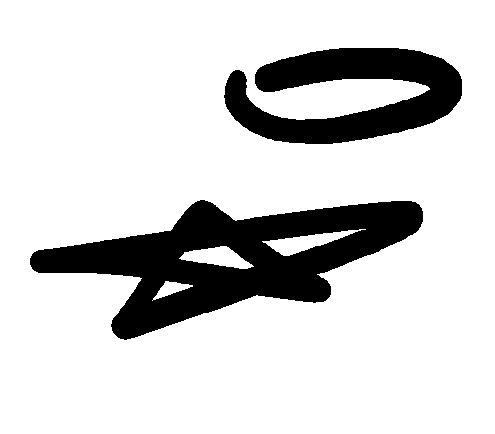