File dialog must be done through portals for sandboxing

Selected File->Open. Menu appeared. Selected /var. Directories displayed did not match the directories in /var and most importantly to me, did not show the directories audio.d, references.d, software.d, and video.d. Since all of my photographs are stored under /var/video.d this is something of a problem. The only way I could use GIMP 2.10.4 was to manual move files to some other location. I thought initially it was the ".d" extension I've been using for decades for directory names, but if I go to my home directory, where there are lots of directories with the ".d" suffix, I had no problem. I tried inputting a specific file name that I knew existed in /var/video.d. When I had typed "/var", I got the same list of folders in the auto-complete, cache, config, data, run, and tmp. None of the other folders were visible. By the time I'd entered "/var/video.d", auto-complete wasn't working and after I typed the full pathname of the file of interest, I got a complaint about getting information from "/var". I suspect this has something to do with the sandbox that the flatpak applications run in because I tried going to /usr and there the list of folders shown in the open dialog is VERY different from the contents of /usr shown by "ls -la /usr" on my system.

Add screenshot or other files if needed.

1.Run GIMP from flatpak 2.Select File->Open 3.Go to /usr or /var and compare the directories shown with the contents of "ls -l"

Expected result: Expect the directories listed to be the same

Actual result: Lists differ - some folders are missing, other folders appear in the dialog that aren't in the "ls -l" 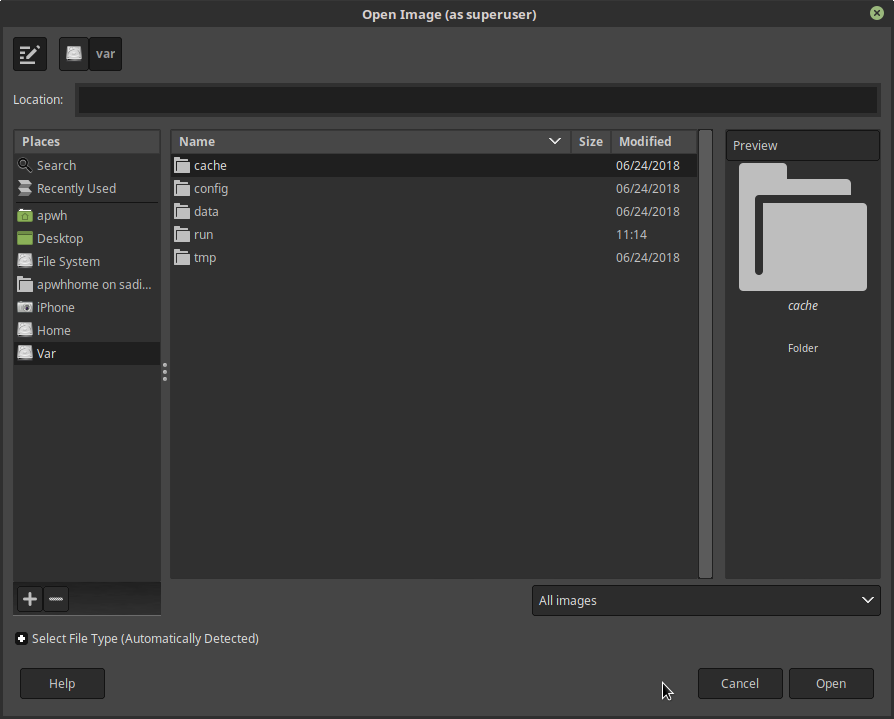 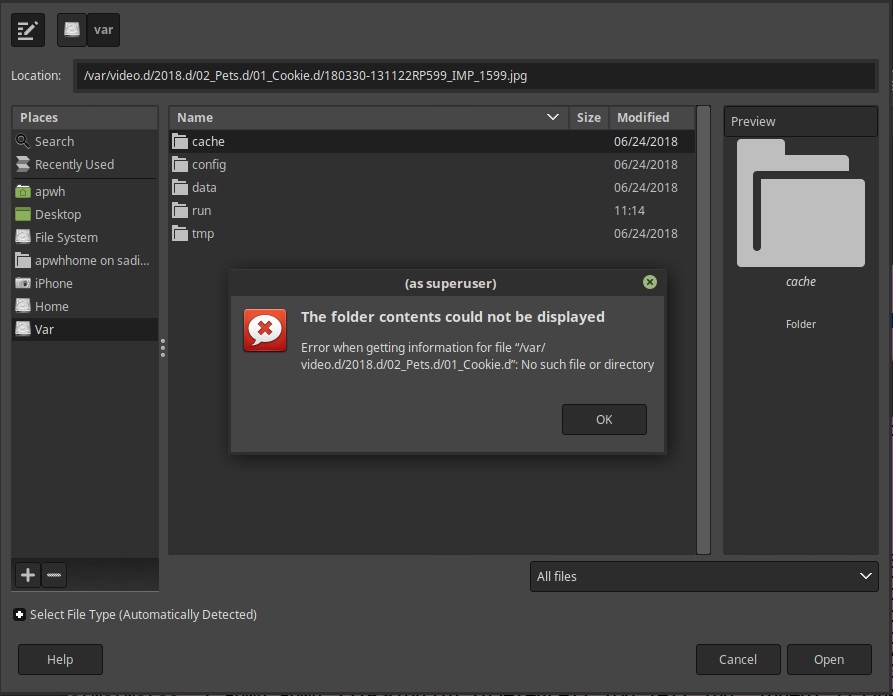 If you have a backtrace for a crash or a warning, paste it here.