This is my first time reporting an issue here so I apologize if I am missing some guidelines. I ditched Windows over the weekend and installed Arch Linux and GNOME. Hooray!

I really like the idea of using GNOME Web. However, my company uses Office365 and Microsoft Teams (booooo) and for some reason when I try to access those sites in GNOME Web it doesn't appear to be able to load the sites properly.

For Office365 web portal, portal.office365.com, I get redirected to the oldschoool OWA site that I haven't seen since early 2000's.

For Microsoft Teams, it takes me to a page that recommends Chrome or Firefox. Attached are screenshots. I'd love to contribute but not really sure where to start with something like this. 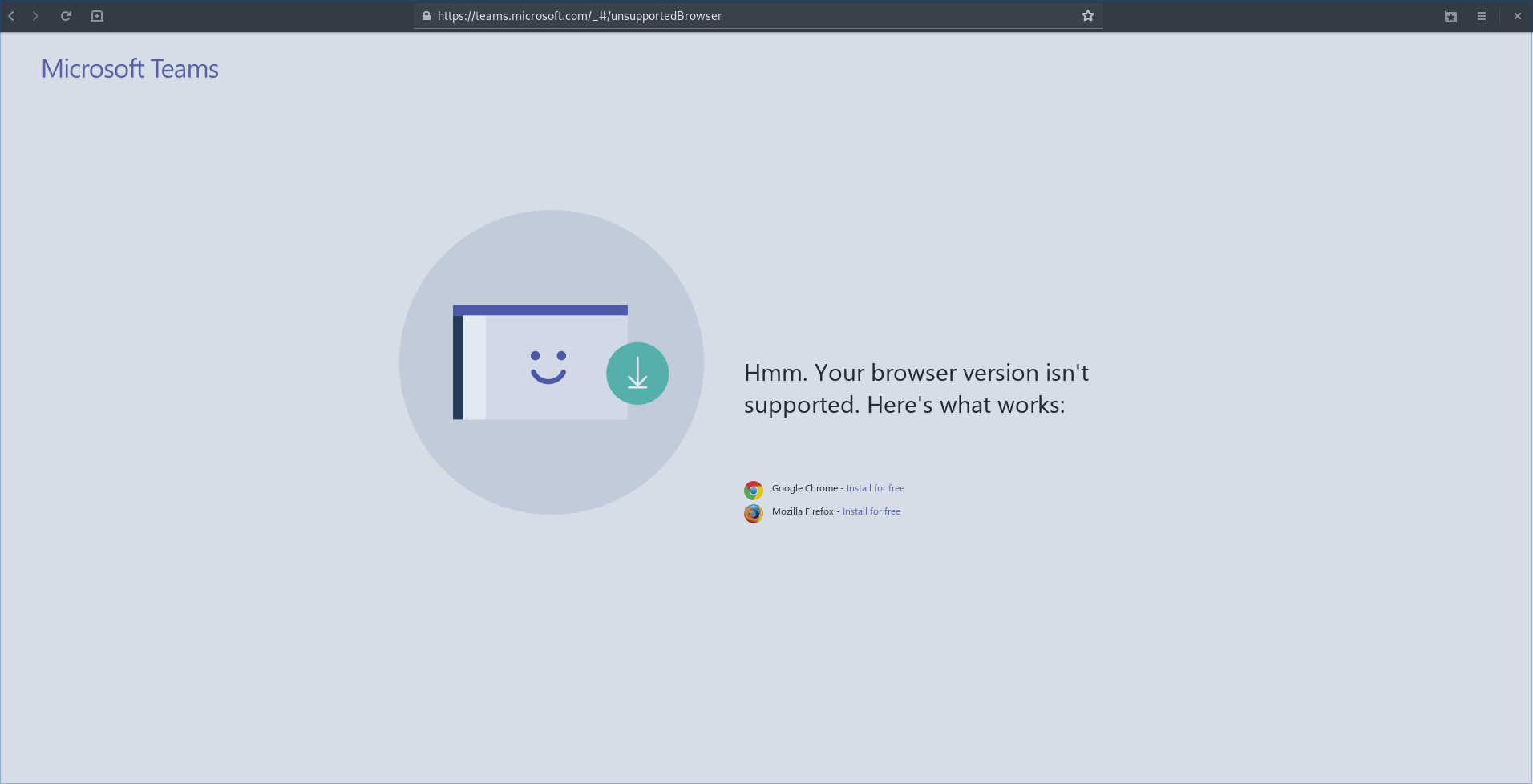